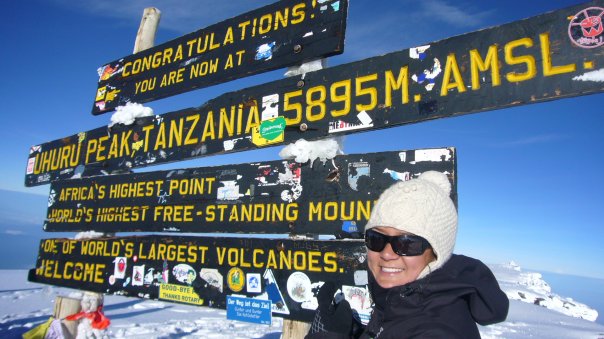 The Disney movie “Cheetah” is what brought me to Africa.  It sounds ridiculous, but I remember being 8 years old and glued to the television whenever my mom put that movie on.  I was enthralled with the sights, and the people, and even the animals that were featured on the film.  There was something so mysterious about Africa and I wanted to experience it for myself so bad.  I remember swearing to myself that someday, someway, somehow I would get myself to Africa.

Fifteen years later I found myself on the plains of the Serengeti holding my breath while watching two cheetahs search for their next meal.  It was something that I had waited for my entire life and I was able to experience it with a group of amazing people.  I was on a J-term trip with a group of 18 other students from Pacific Lutheran University.  We were to spend 3 amazing weeks in Tanzania; going on a safari, climbing Kilimanjaro, and soaking up the sun on the island of Zanzibar.  As an added bonus, we were getting Communications and English credits.

This post is to celebrate a milestone.  Or maybe, milestones. Three years ago today I was quite literally standing on top of the world.  It took us four full days of climbing, and 7 grueling hours of altitude sickness on summit day until we finally made it to the top of the highest free standing mountain in the world.  It’s amazing the things that you learn about yourself when you’re bound to your thoughts, unable to feel your fingers and toes, painstakingly working your way to a goal that you cannot physically see. 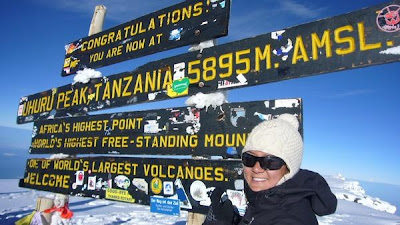 Not everyone makes it to the top of Kili.  Summit day was one of the most grueling days of my life, both physically and mentally.  Altitude sickness is a real buzz-kill.  Not only did it make me want to projectile vomit every ounce of liquid in my body, but it also made most of us hallucinate.  One person thought they saw someone in a hyperbolic chamber (turned out to be a rock), someone else (cough cough me) got it in their head that their camera was frozen and wouldn’t work (which is why I don’t have any pictures of us at the summit), and someone else had an amazing revelation.  This revelation was a saying.  This saying went something like this, “If you don’t tie a train’s shoelaces it will go around in circles until you get dizzy“.  Bottle that shiz up and sell it people.  It doesn’t get more amazing than that!

We would have never made it to the top of Kili if it weren’t for our awesome guides.  One man in particular found himself dubbed “Simba” for his warm personality and his lion heart.   He was ridiculously strong, he knew Kili like the back of his hand, and he was almost like a father figure for us as we carefully trekked up the mountain.  One night we asked him what nicknames he would give each of us.   He claimed that I looked like a “Duma”.  He didn’t even have to give me the translation, I had already known what duma meant.  I had known for 15 years.  Duma is Swahili for cheetah.

On summit day we moved painfully slow.  We had only gotten a few hours of shut eye (at best) and I wanted to sleep so bad that every time we took a short break, I’d jab my trekking pole into the ground and rest my forehead on top of it.  It wouldn’t take long before Simba would shake me awake and yell, “Duma!  No sleep!”.  There were a few occasions where I felt so sick and so cold that I just wanted to throw my hands up in the air and roll my way back down the mountain.   A few thoughts stopped me from doing just that.

I also prayed my way to the top.  Boy, did I pray.  The first verse that came into my mind was Isaiah 40:31, Those that wait upon the Lord shall renew their strength; they shall mount up with wings as eagles.  They shall run and not be weary, they shall walk and not faint. Pretty fitting, I’d say.  Even when I was so tired that I couldn’t think, that verse continued to ruminate through my head.
I can’t believe that it’s been three years.  I’m so grateful for the experience.  I was given the opportunity to push myself physically, mentally, emotionally, and spiritually.  I met some truly incredible people on the trip and I have so many memories that even now, make my heart swell with happiness.   So here’s to us; the group of us that held each other up, emotionally and even physically while climbing to the top.  Here’s to challenging yourself beyond measure.  And here’s to hoping that we experience so many more of these moments in life.  May everyone find and summit their own Kilimanjaro.