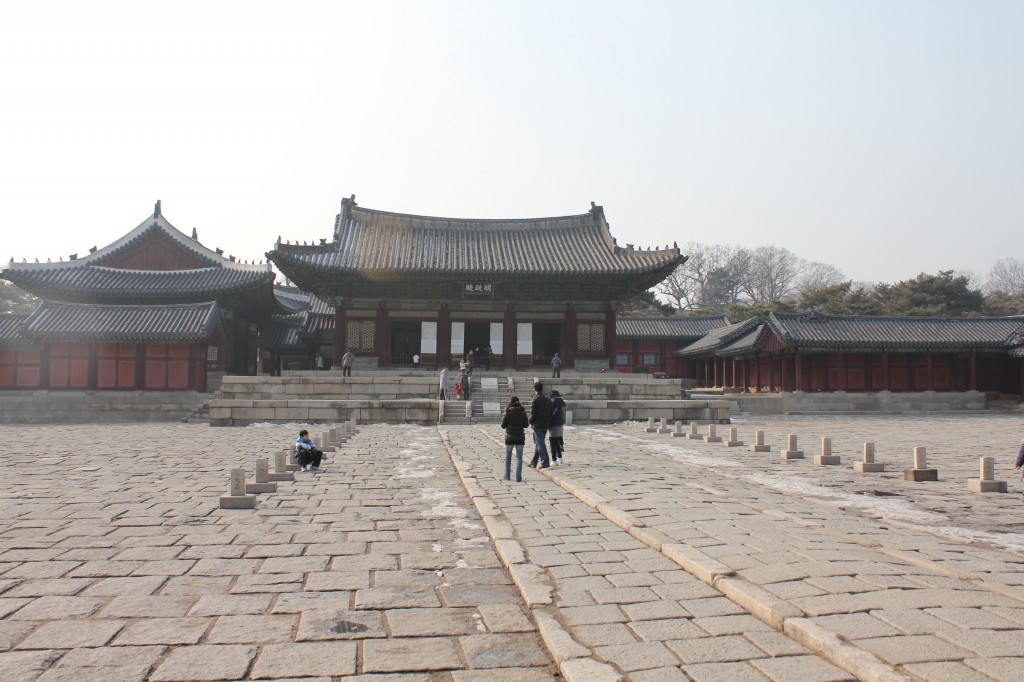 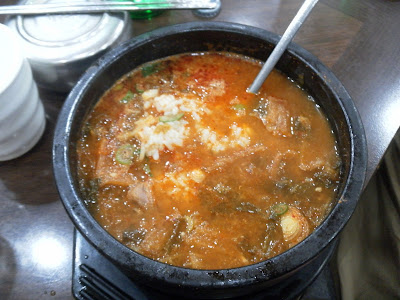 I’m going to be completely honest with you.  Before we came to Korea, I didn’t really enjoy Korean food.  I mean, I liked kimchi only because my Hawaiian family eats it at almost every meal.  I liked galbi because, well, it’s delicious.  That was about the extent of my taste for Korean dishes.

I distinctly remember having a talk with the boy one night after one too many shots of soju.  He wondered aloud if I would ever learn to enjoy Korean food.  I had tried samgyupsal but didn’t find it too pleasing.  I’m not a fan of shellfish or seafood in general (I’ve just started to enjoy canned tuna again).  I wasn’t a fan of being given raw pieces of meat that you had to stare at while you cooked it’s counterparts.  I did like ramen.  And I lurve shabu… but that’s Vietnamese.

Well ladies and gentlemen, after approximately 22 months of Korean living my body (and taste buds) have finally welcomed Korean food with open arms.  Seriously.  I love samgyupsal (albeit a certain type).  I’m a huge fan of galbi- even more so than before.  I’ve found that kimbap is the new burrito.  I’ll have intense cravings for kimchi mandu, and I’ll never, ever pass up the opportunity to enjoy a hearty helping of haejang guk.

Of all of the aforementioned culinary delights, haejang guk is probably the most repulsive peculiar.
Haejang guk is called “hangover soup”.  It’s the food that you’re supposed to eat to cure and/or prevent a hangover.  It’s really tasty and has a homemade, hearty feel to it.  My co-workers and I often find ourselves eating hangover soup a few times a week.  There’s just something so relaxing about enjoying a good helping of the stuff.

Maybe it’s the ox spine?  Or perhaps the coagulated blood?  Or the way you have to carefully pluck the steaming meat from the rib bones?

What do you mean it doesn’t sound appetizing? 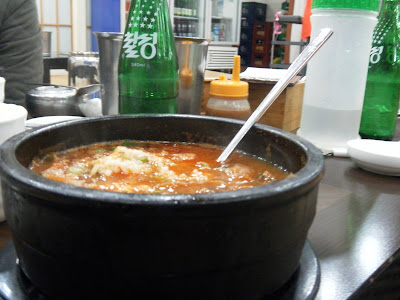 Here’s how it works.  Your bowl of haejang guk is served to you while it’s still boiling.  You then fish around and pull out the chunks of ox spine that have been simmering within.  This is where you get to peel off the meat (it actually pretty much falls off the bone). 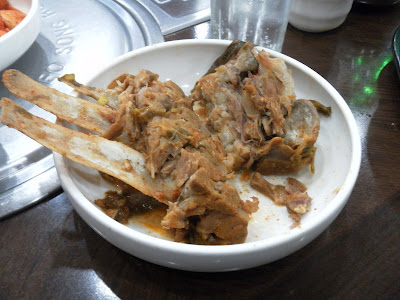 See that white bowl that’s holding the chunks of rib/spine above?  I prefer to put all my chunks of meat in that bowl, throw in some hot rice, and pour some soup over it all.  That way I can clearly and easily scoop the appropriate amount of meat, rice, and soup onto my spoon, thus concocting the perfect bite. 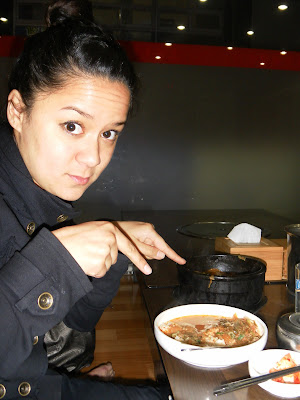 Apparently the rest of the world just dumps their rice and meat back into their big black pot of simmering soup so they can blindly swirl around in search of the perfect harmony of the two.  To each their own.

Take it from me, the girl who doesn’t usually eat anything with the words raw, blood, or bones in its title; Haejang guk may sound disgusting, but it’s actually deliriously delicious. 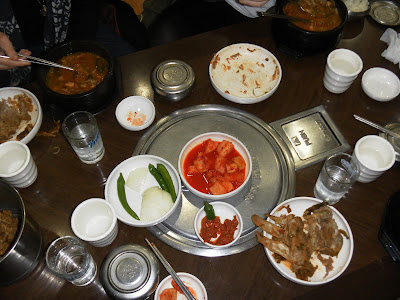