The most haunted house in Korea

In the spirit of Halloween, we decided to pay tribute to one of the most haunted locations in South Korea.  While many Korean academies can be some of the scariest places on earth, we decided to visit one of the only haunted houses that we heard of while in Korea.  When we told our Korean co-teachers that we planned on visiting the house, they told us that it was a terrible idea and that we might bring back demons with us.  They were actually so scared that most of them honestly thought that we weren’t going to return.

Being the adventurers that we are, we decided that we not only had to go to this haunted house, but that we should document our entire experience. 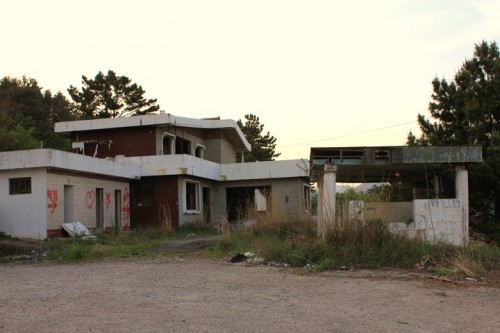 We only heard rumors of the haunted house from our fellow co-teachers and hapkido master.  None of the stories seems to match, but everyone who told us about the house seemed equally afraid and uneasy about our visit.  The two most common stories that we heard were that the house was built upon a mass grave of Korean soldiers that perished during the Korean war.  It was said that visitors to the house will often hear the desperate cries of young boys begging for help. 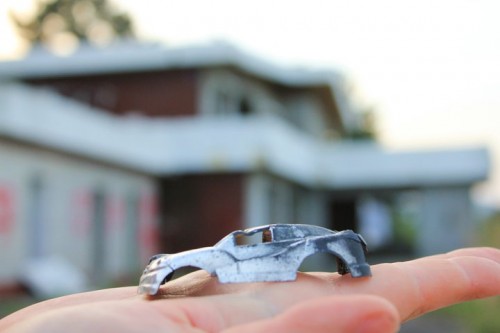 The second story we heard somewhat coincides with the first.  Our hapkido master told us that the owner of the house was killed in a car accident, and that any one who tried to buy the house after that died. Whatever the story really is the truth is this. 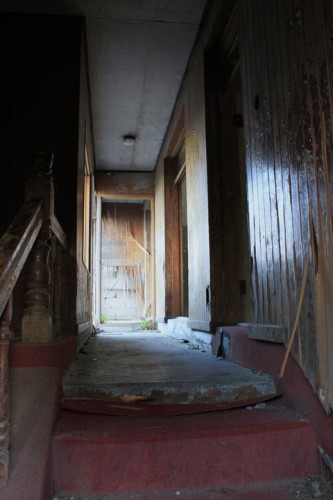 The house is an old two story building with a small basement room. It’s unusual in that abandoned buildings are something of an anomaly in Korea. It’s spattered with graffiti and overrun with geese. While we were there it looked as if someone had been sleeping in one of the rooms. There was a nest of bedding, recently turned over, and a pile of empty food cartons. 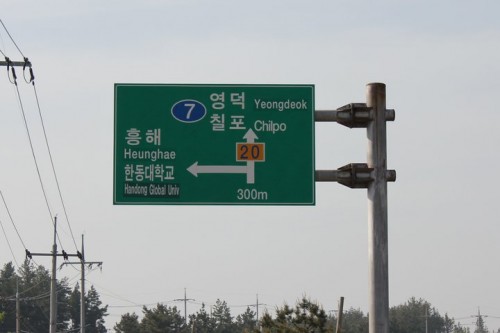 To get to the house we had to ride an hour north of our town of Pohang on our motorcycle. The scariest part was that we went with our two British friends who shared a scooter that was far too small to be on the highway. 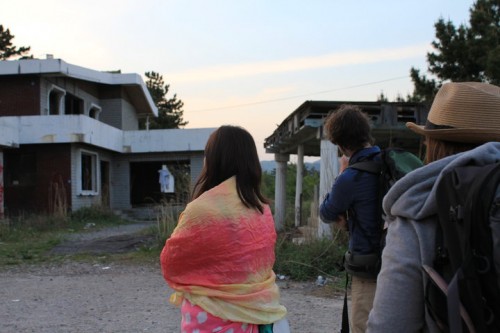 When we arrived we documented the house. We decided to make camp that night across the street from the house on a beach. 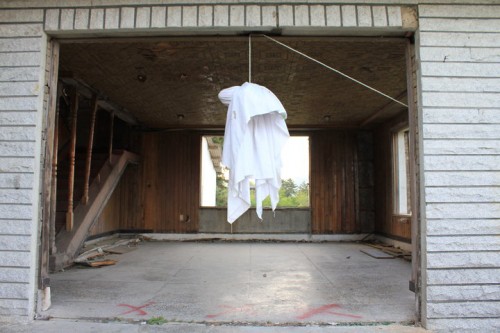 The video above, documents the journey. When playing back the audio from the basement we heard voices. A popular Korean TV show at the time had also recently filmed in this location. They also recorded voices on the audio tracks that they hadn’t heard at the time. It is speculated that this is due to a local radio tower, perched just above the house. 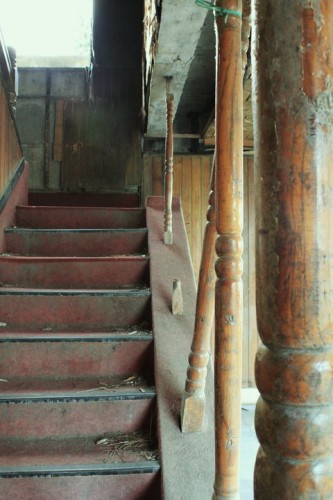 Our Korean friends swore that the only reason we survived and didn’t hear the ghost’s voices was because we could barely speak Korean at the time.  What do YOU think?

6 thoughts on “The most haunted house in Korea”