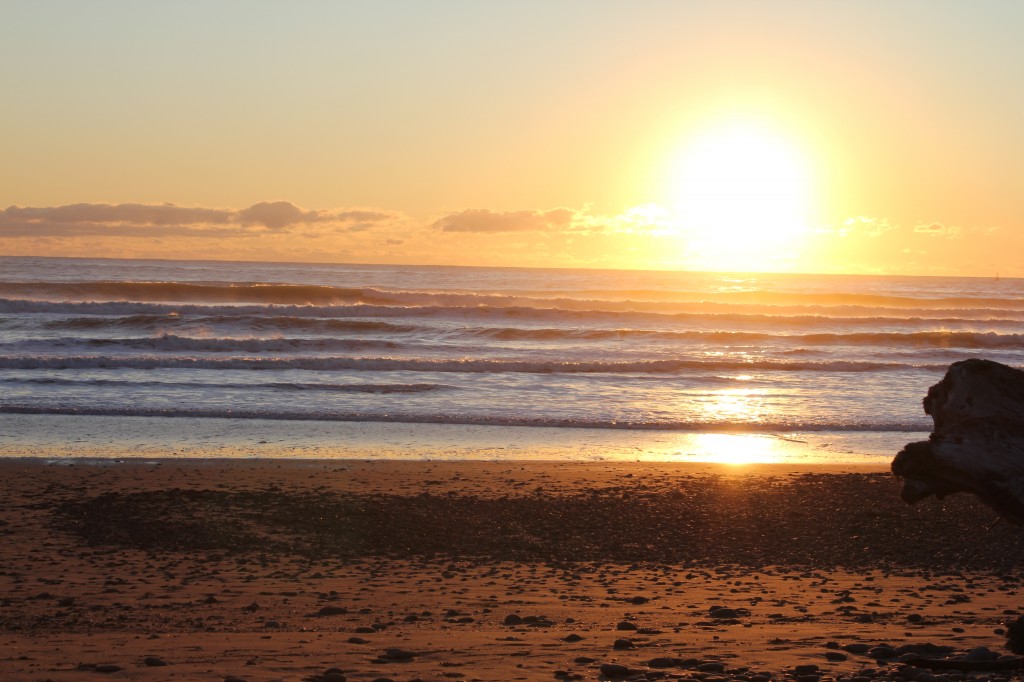 Why we haven’t left on our RTW and are happy about it.

If you’ve been coming around these parts for a while, you know all about our big RTW adventure.  The journey that has been dubbed The Maverick Expedition since the idea was formed in Chris’s mind seven years ago.

Originally, we planned to leave for the Galapagos (and beyond) in late June- one month after our return from South Korea.  We thought that we’d touch down, say hello to the family, repack our bags, and then head off on the adventure of a lifetime.  We had plans- big plans, and thought that nothing could come in our way.  In fact, we had everything scheduled so that as soon as we arrived in Ecuador, our stipend from Korea would come through, thus putting a couple extra thousand dollars in our pockets.  We figured that money would last us a substantial amount of time.

We had our passports filled with fresh new pages, bought extra memory cards for our DSLR and our handheld camcorder aka the lifeline.  We also splurged and decided to treat ourselves to a new Macbook Pro that would make video editing so much easier.  We even purchased tickets that got us as far as Ecuador itself.

Well, God had other plans.  Right before we left Korea, we were informed that our sak yant video filmed in Thailand was chosen to be screened at the first annual Nomading Film Festival.  The festival was held on June 18th and being the first festival any of our films made it in, we decided that we were definitely going.  Thus, our big trip was postponed until early July.

We are so glad that we made that call.  Making it into the Nomading Flim Festival was a treat in and of itself, but meeting the awesome travelers and filmmakers that were also in the festival made it one hell of an event.  Not only did we finally get to meet our online friends from Tripfilms, but we also had the opportunity get to know a gaggle of bloggers and filmmakers that we had looked up to for a while.  It felt like we were meeting celebrities when we met the faces behind Travel Yourself (Cailin O’neil), Backpack with Brock (Brock Groombridge), and Kick the Grind (Mike Corey).  Not only were they amazing people to hang out with, but they’ve helped us in more ways than we can count.

If we hadn’t attended the Nomading Film Festival we wouldn’t know the awesome people that we know today.  They’ve become our travel mentors and blogging gurus.  If we are having problems or need advice, they’re the first people that we go to and trust.  They could easily look at us as competition and cut ties, but they’ve been nothing but helpful and compassionate.  They are great examples of how close and supportive the blogging community can be.

Shortly after the festival we were accepted as NoFFbassadors, with the opportunity to make videos that are highlighted on the Nomading Fim Festival website.  More outlets to make our films and inspire others to travel

So, with the end of the festival you’d suspect that we’d be headed to the Galapagos in July, right?  Wrong.

A few weeks before we got hopped on a plane to NYC we learned that we were one of five teams chosen to compete in a road rally across the continental U.S.A.  Rand McNally and USA Today were teaming up to find the best small towns in America.  We heard about the Best of the Road rally from Tripfilms and submitted our video on the very last day that submissions were being accepted.  Honestly, we didn’t think we had a good chance of being chosen but we awoke one morning to find an e-mail claiming that we were IN.  So three days after the Nomading Film Festival we found ourselves in a conference room with four other teams, going over the logistics for our three week road trip across the U.S. 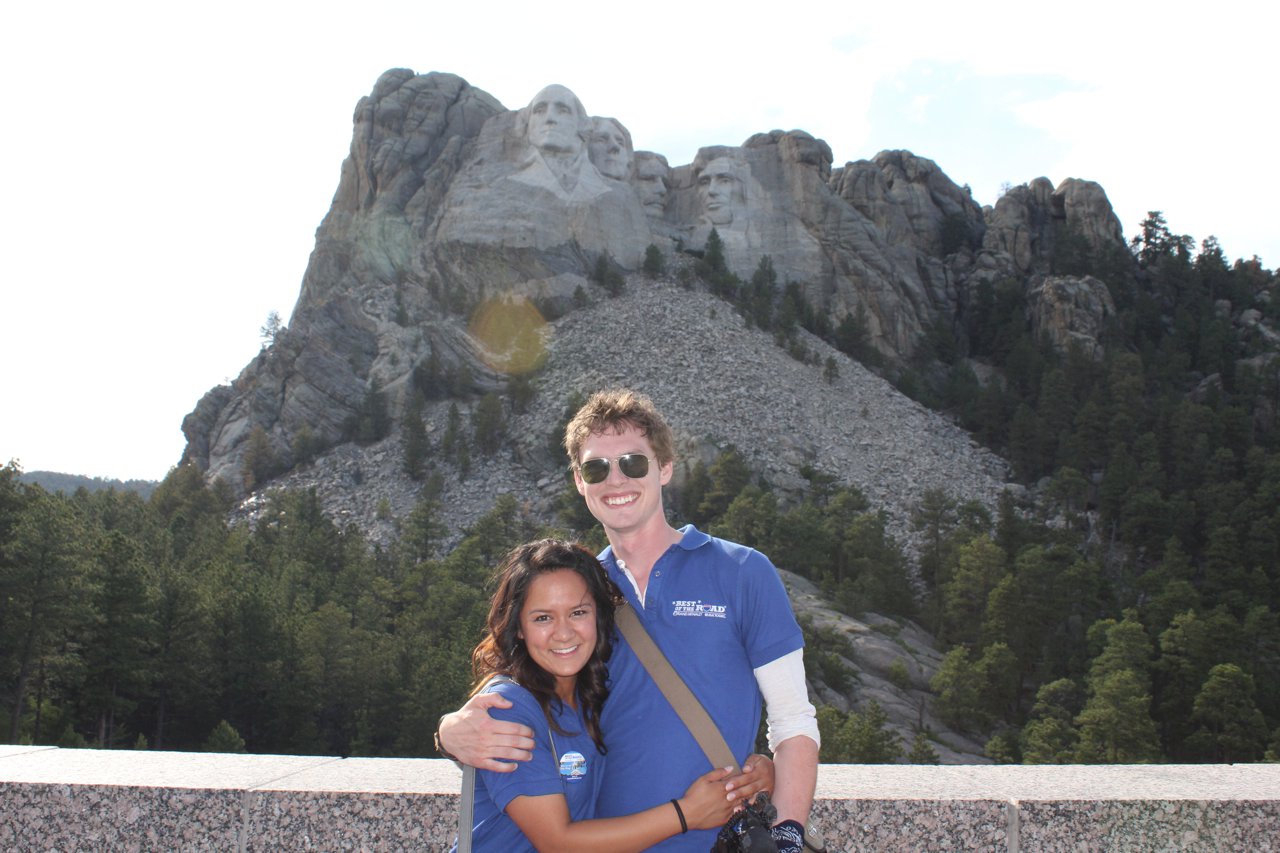 Our all expense paid road trip led us from New Jersey to Colonial Williamsburg, Virginia.  From there, we had stops in Peachtree City (Georgia), Fort Leonardwood (Missouri), Clarksville (Tennesee), Emporia (Kansas), Rapid City (South Dakota), finally ending in Los Angeles, California.  We were given the task of choosing which small town was the post patriotic.  Believe me, it was not easy.  We made so many new friends and got to experience so many things that would have been impossible if we were on our own.  We’re talking helicopter rides over Mount Rushmore, dining with multiple Commanding Generals, leading a golf cart parade, and getting arrested by the British Red Coats.

Our experience on the road taught us how to work together with local CVBs and the importance of social media.  We had never actually used twitter beforehand and Tawny found herself calling friends to ask how to use the @ and # symbols.  We didn’t realize how influential social media can be for a blog.  We were completely in the dark and just assumed people would somehow find our website on their own.  If it wasn’t for the Rand McNally road rally, we’d still have 3 facebook likes and 25 people following us on twitter.  We also wouldn’t know how to interact with CVBs or tourism boards and just how helpful and important they can be.  So even though we weren’t on our RTW, we were still traveling and learning extremely valuable information. 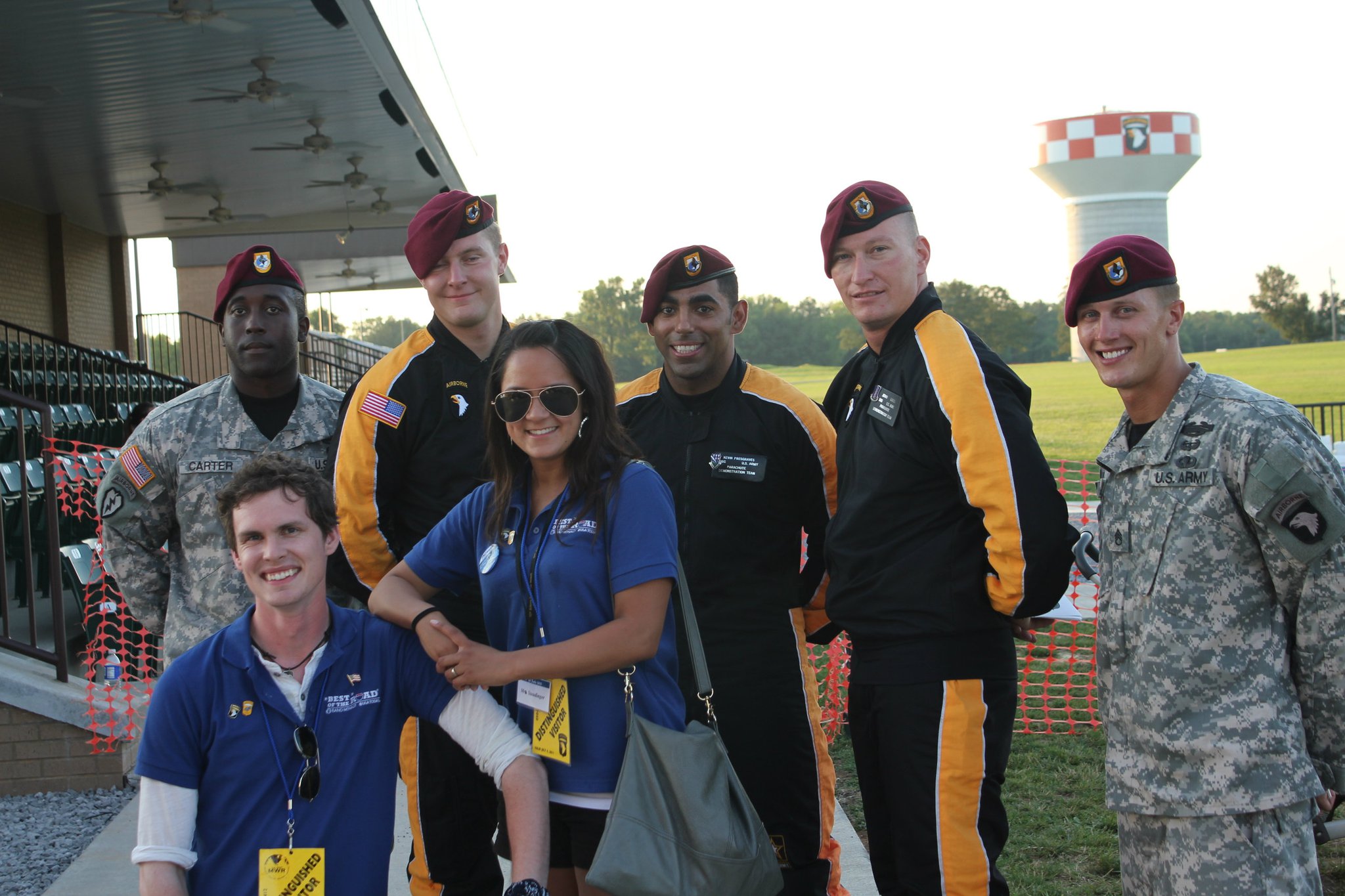 It should also be noted that our lifeline, the video camcorder, died on our final leg of the trip.  It literally made it to the last town, and then was done.  We also hadn’t yet received our pension from Korea.  If we had left for our RTW in early June, we would have been without a video camera to record our experience and down a couple thousand dollars.  No bueno.

So what are we getting at here?

What we’ve learned from this entire experience is that we need to be patient.  Things happen for a reason and often, not exactly as we planned.  We often find ourselves wanting to force this RTW trip since we are so anxious to start.  This RTW adventure is something that we’ve been talking about and planning for over two years, but we were letting it blind us from the other opportunities surrounding us.

If we forced our RTW trip, we wouldn’t have met our new travel blogging friends and mentors.  We would have missed out on a road trip of a lifetime.  We’d most likely be stranded in Ecuador with no money or way to make travel videos.  There’d be no way to get a hold of us since we’d be blind to the importance of twitter and facebook.  Hell, we probably wouldn’t even have our blog up and running properly.  We are so grateful that we decided to be patient, relax, and in the words of The Beatles, let it be.

So what’s the plan now? 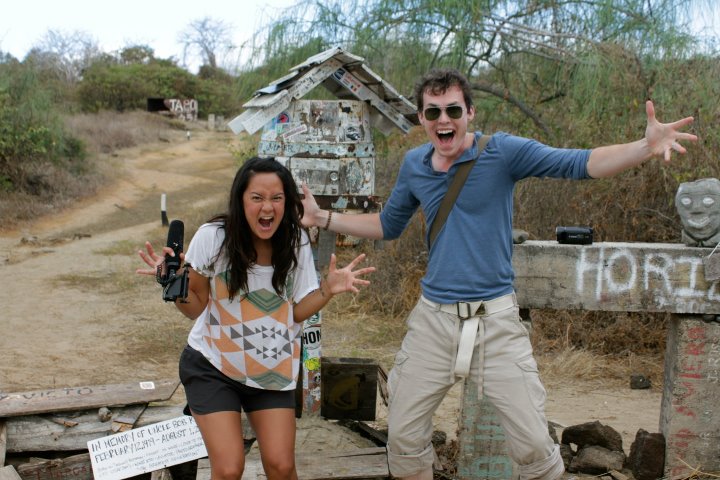 We’ve decided to wait until the new year to embark on our journey.  It will give us the opportunity to celebrate Christmas and the New Year with our friends and family for the first time in 3 years.  We actually started the first part of The Maverick Expedition when we headed down to the Galapagos in September.  We scooped up 22 letters from a whiskey barrel that are addressed to strangers in all corners of the globe (see picture above for excited faces and said barrel).  We’re going to start hand delivering the letters once the holidays are over and we have things in order.  As of right now, we’re planning to leave in February- but you’ve seen how well our plans work out.  We could jump the gun and leave tomorrow, or maybe wait until March.  What we do know is that we’re not going to force it and we hope that you come along for the ride.

Have you ever postponed a trip?  Did it work out for the better or worse?  We’d love to hear your stories in the comment section below!

15 thoughts on “Why we haven’t left on our RTW and are happy about it.”