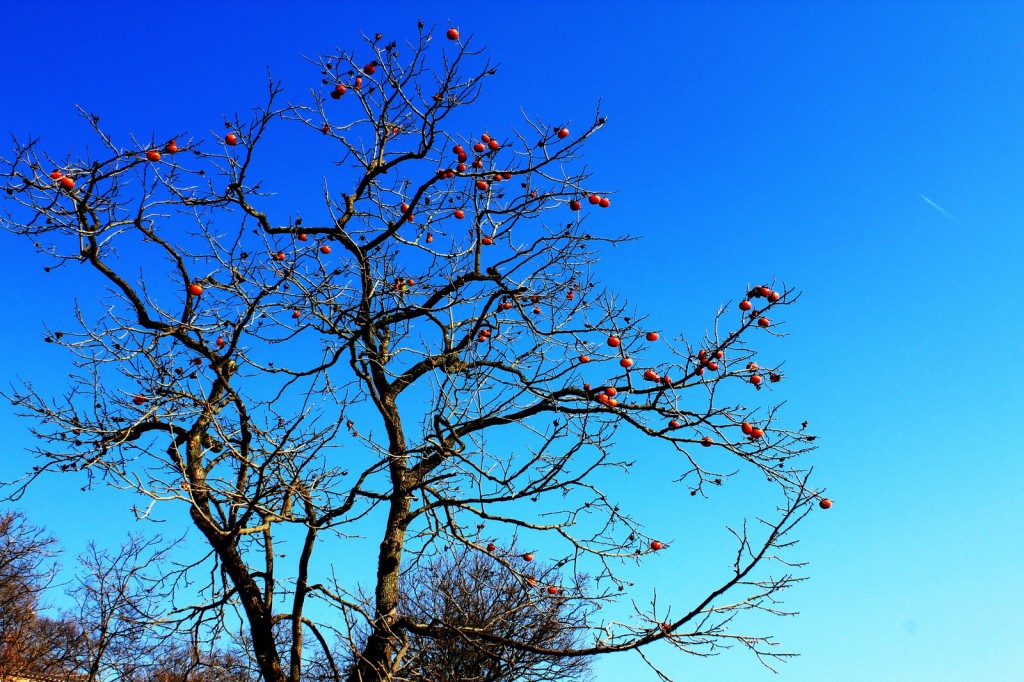 2012 is the year of travel, exploration, and adventure!

It is no lie that 2011 was real good to us.  It seems like just yesterday we were ringing in 2011 with some great friends in our tiny apartment in South Korea.  My, how things have changed in the course of a year!  In this post we want to celebrate the great times and good lessons of 2011, but also look forward to the future.

I spent a good hour recapping 2011 month-for-month and then decided that you probably don’t really care that much (plus if you’re a regular here, it’ll all be old news).  Instead, I’m going to attempt to sum it up in a couple of sentences.  Here we go.

Long inhale.  2011 started with a trip to the Philippines where we ate, drank, found witches, and were very merry.  Upon our return to Korea we road tripped to the DMZ, got drunk with a monk, ate live octopus (well, Chris did), got second degree black belts in hapkido, celebrated our third anniversary in Seoul, and ate as much samgyupsal as possible.  In May, we packed up our lives and moved back to the States.  Upon our return, we went to New York where we had a film screened at the Nomading Film Festival.  We then road tripped across the U.S., hit 21 states while eating with five star Generals and taking helicopter rides over Mount Rushmore.  We also met the last known living carver of Mt. Rushmore, got arrested by the British Red Coats, and led a golf cart parade.  That takes us to September when we hopped on a plane to Ecuador, then a ship around the Galapagos.  We scooped up our 22 letters addressed to strangers around the world, swam with sea lions, and then returned stateside.  October, November, and December brought on both of our 26th birthdays, Halloween, Thanksgiving (the best holiday ever), local exploration, multiple trips back and forth across Washington state, and Christmas.  Exhale. 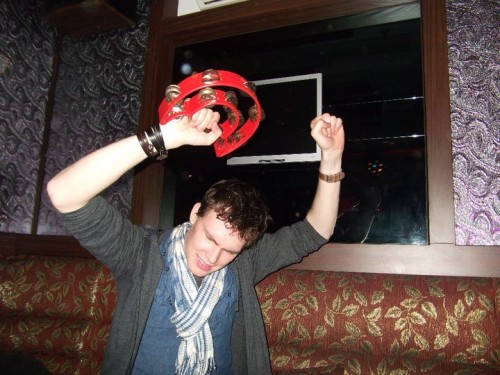 Twas an amazing year.  That much is true.  We’re hoping that 2012 is just as exciting and filled with even more adventure and exploration.  Chris and I are big goals people.  Add that to my compulsion to list making and voila, you have our 2012 goals.  These are goals that we are striving to accomplish in 2012 and we’re hoping that we’ll be able to check off each one on January 1, 2013.  With all of you reading this, you’ll be able to hold us accountable.  So without further ado…

Well, duh.  We’re hoping to begin our letter deliveries by the end of February.  As of right now, it looks like Canada and Iceland will be our first stops.  Start with all the cold countries first and then hopefully work our way to warmer climates.  Stay tuned because we have some big plans that will involve all of you as well!

Captain’s current job offers the possibility of spending 6 weeks working in either Italy, England, or Germany.  This is awesome for so many reasons.  Not only would we be living in one of those three countries for 6 weeks, but we’d also be able to make money.  Money that would help us finish the Maverick Expedition.  We’d be able to deliver letters all around Europe, earn money, and then finish the adventure. BAM.

#874 on the bucket list.  We’re hoping that our impending trip to Iceland will help us out on this one.

Our four year anniversary is coming up soon it’s tradition that we celebrate it in a different country than anniversaries past.  We have previously celebrated in the U.S., Thailand, and South Korea.  This year we’re thinking of visiting Canada and checking out Commercial Drive.  We might even head to Hawaii and visit my family.  Sure, Hawaii’s not technically a different country… but it was at one time.  Plus, I’ve been craving malasadas and Zippy’s chili for a looong time.  Case closed.

This isn’t so much a goal as it is inevitable.  We are extreme animal lovers (have you met our Korean cat?) and somehow find ourselves surrounded by lovable pups everywhere we go. This year, we plan on petting and loving as many global four legged friends sans rabies as possible.

While we enjoy making our travel videos, we sometimes find ourselves glued to our cameras.  It’s hard to truly take in an experience if you’re obsessed with taking the perfect shots and worried about lighting, sound, and whatnot.  This year, we’re going to try to balance ourselves between filming videos and enjoying our journey.

While we may be spending more time away from the lens, we still have our sights set high.  We’re hoping to get another one of our travel films into the 2012 Nomading Film Festival.  We know that we’ll have more competition this year and we are excited for the challenge of producing another film that will be worthy for screening.

A girl can dream, right?

My favorite quote of all time comes from Oscar Wilde.  He once said, “To live is the rarest thing in the world. Most people exist, that is all.”  This year, we want to live.  Existing is easy, but living is the true challenge.  No matter what 2012 brings us, we hope we embrace it with courage and acceptance. 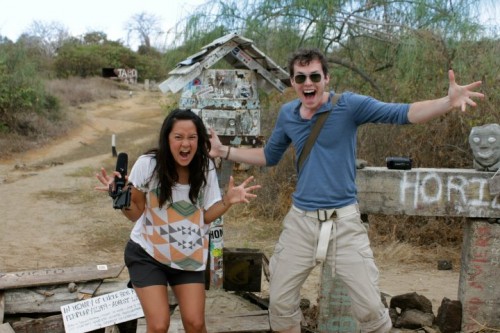