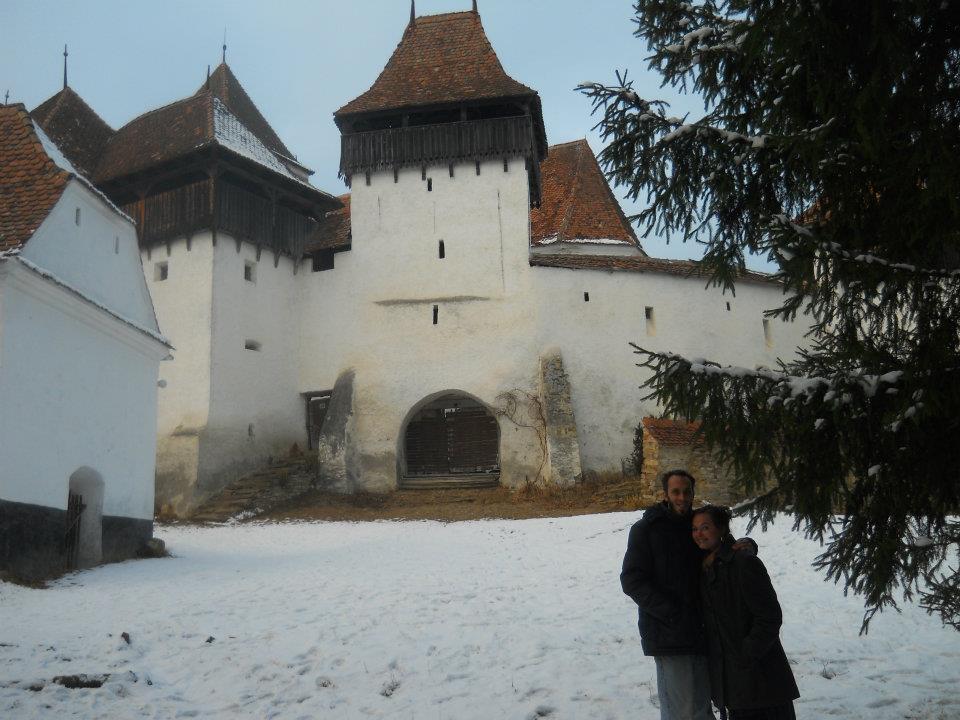 For our Wandering Wednesday guest posts we ask a fellow travel blogger to highlight one place (city or entire country) that has been one of the most memorable for them. It can be a fond type of memorable, or “my hair caught on fire, I contracted rabies, and my luggage was stolen”- type of memorable. The good, the bad, and the ugly. We’re taking it all.

For today’s Wandering Wednesday, we’re featuring Kurt and Dayna from Wanderlusting.  Traveling the world and absorbing its rich cultural diversity was always a dream for Dayna and Kurt.  The cosmos decided the course of events which culminated the beginning of March 2010.  Since selling off all of their belongings and heading to Europe, the journey has turned out to be one that will never have to end.  Tending to take their time from location to location to absorb the culture, they hope to fully explore the richness of each destination.

Wanderlusting was started as a personal examination of their travels and seeks to offer advice to new and experienced travelers alike. 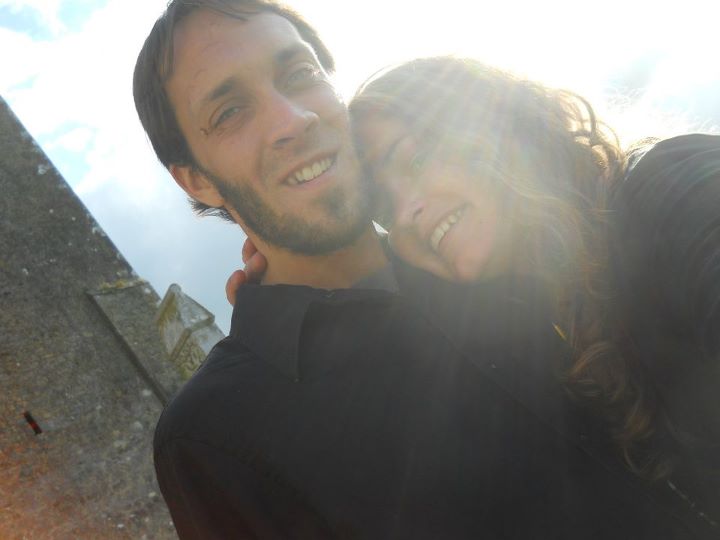 Where to find : Wanderlusting

First things first, Why do you travel?

Dayna and I have similar although slightly different reasons for traveling.  Both involve experiencing cultures that our different from our own and rubbing elbows with the people that make them so tantalizing.  The greatest reasons for me are personally a bit more self seeking.  The pull of the road seems to have always drawn me to one location after another since high school.  In the U.S. I have lived in several states, although now it seems that was only preparing me for the world travel I had always so often thought about.

My decision to travel was more a product of time and events.  I had the time, and well, the events seemed to unfold in such a way that the universe was giving me a cosmic kick in the butt.  The world is an interesting place and I think that we are living in extraordinary times.  The world events taking place in so many countries and the momentous cultural  shifts unfolding within my lifetime prompted us to set off to see the greater world and the changes taking place.  That being said, who wouldn’t want to tell the grandkids that they had a beer in 70+ countries on the planet?

What brought you to Romania?

Santa Claus initially brought us to Romania, or at least the festive time of the season that the ol’ man is known for.  In all seriousness, it was a combination of road blues and couch surfing.  Dayna and I were living a fairly restive yet busy life, but we didn’t meet so many people where we were staying in Croatia.  We were invited to attend a Christmas celebration with travelers from all over the world who were also sans family for the holidays.  I had never really thought of going to Romania.  I am not sure how many Americans really think of Romania as a travel destination.  Truth be told, this has been the most exciting and inspiring part of our travels so far.

What was your most memorable experience (good or bad) from your time in Romania?

Can I do both?  Alright, I will.  There are a great deal of memorable experiences thanks to our internationally festive holiday celebrations along with deep cultural immersion.  However, the most memorable time was an entire day spent touring the old world countryside of Transylvania, littered with fortified Saxon churches and aristocratic Székely manor houses.

Our Helpx host was a British expat who has lived in Romania for  16+ years, through the tail end of the Communist era.  He speaks fluent Romanian and has some pretty influential friends.  His knowledge of the country’s history with its myriad of cultural influences gave us a unique and rather privileged exposure to life in Romania, past and present.

We were given the keys to explore a Saxon fortified church in the village of Viscri, a UNESCO World Heritage site, visited a manor house of Count Kalnoky of the Hungarian Székely blood line and were invited into the homes of traditional Romanian families to share their homemade palinka.

All in all, I have never felt so attached to another culture.

My most memorable bad experience in Romania happened in Bucharest.  Surprise surprise, I guess.  I was unfortunate enough to stumble into the wrong cab at the end of the night after a few drinks.  No, it wasn’t a taxi scam.  I had decided to follow a local into one of the cabs.  My thinking at the time was that whatever cab they got into had to be safe- for my wallet, I mean.  It turned out that taking me home wasn’t in order for the night.  At least not right away.

The first order of business was to drive around town (the entire town) to do some drug deals.  I’d been around the block, but never so many times in one night.  About 45 minutes later, the other passenger (aka “dealer”) got out- much richer, I assume.  I half expected him to pay for my fare since I was so unjustly inconvenienced, but alas… no!  The only justice a received for the night’s shenanigans was handing the driver a handful of cash and being one Lei short.

Any advice for travelers headed to Romania?

See the Transylvania region.  No really.  The cultural history of the region is amazing, not to mention that of the entire country.  Targu Mures and Brasov are excellent cities to explore and the people are welcoming to most foreigners.  Do see the fortified Saxon churches in the area.  Skip the Count Dracula stuff and Bran Castle.  Stay away from Maxi Taxis (their versions of mini buses).  They are dangerous with a capital D.  I thought I was going to die, and being from New York I grew up with insane drivers.  If you have the chance and the funds, go on a tour to rural Romania.  The cultural immersion will leave a deep impression in your memory. 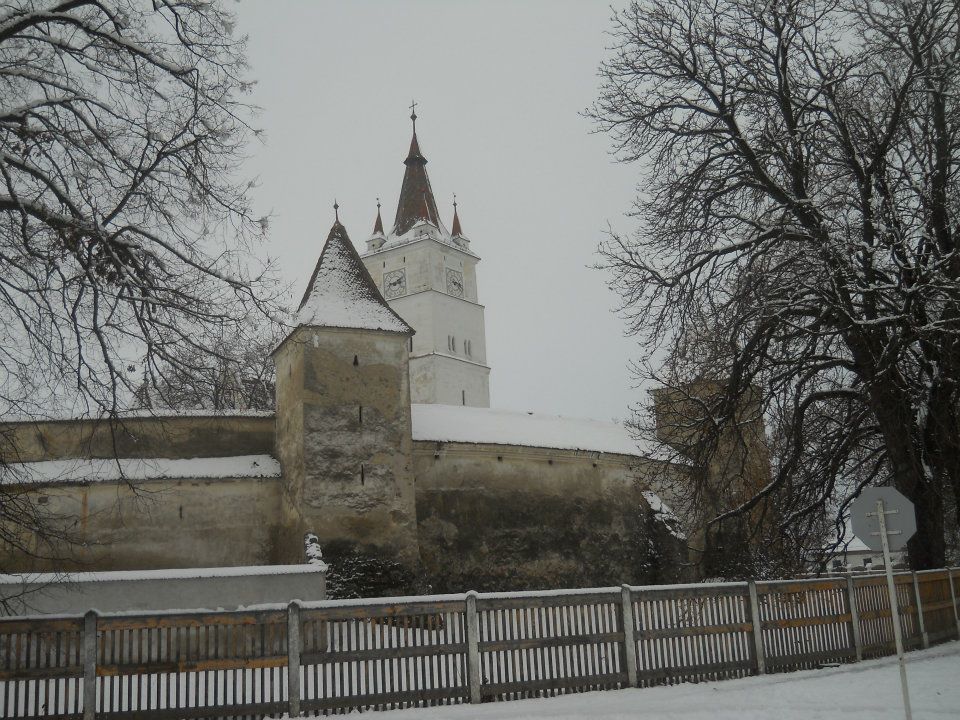 How did your experiences in Romania change you as a person and how you feel about travel?

Without getting into too many details, Romania was the first place where I started to feel a significant cultural difference than of home.  I know it is not that dramatic, but I am not what you would consider a truly seasoned traveler.  There are many places I have yet to go.  I prefer to settle in a place for a few weeks and get about knee deep in the culture and hang out with the locals.  From my time in Romania I came to know the differences in the mindsets or locals compared to people at home.  This helps me compare and contrast different ways of living on this planet- a large part of why I decided to travel.

Romania left me with the belief that people are great.  The world turns in many directions and everyone can find a balance to coexist.  My time in Romania inspired me to push ever further in discovering and defining what I am capable of as a traveler.

Okay, last question. Where are you headed next and why?

As you often hear, it is open ended.  Depending on several things in the works, in a couple of weeks we’ll be headed into Turkey with the goal of trekking  the Lycian Valley.   This will be a rather large endeavor for both Dayna and myself.  No promises, but we’ll see how it goes.  Istanbul has been a top destination for me since I was a child.  After that, we’ll hopefully be on our way to Georgia.  If we can, we hope to see the Kurdish area of Turkey and perhaps Iraqi Kurdistan.
.
Our ultimate destination while we are in this region is to visit Iran.  I have a deep fascination for the country.  Rick Steve’s did a lecture on his visit to Iran that really inspired me.  Since hearing of Uncornered Market’s trip to Iran, I have been even more inspired.  We will see how it plays out in the coming months, but we are excited to see where the rest of this journey takes us.
.

Do you or someone you know have a memorable experience from your travels? Want to be featured on one of our Wandering Wednesday posts? Send an e-mail to captainandclark@gmail.com 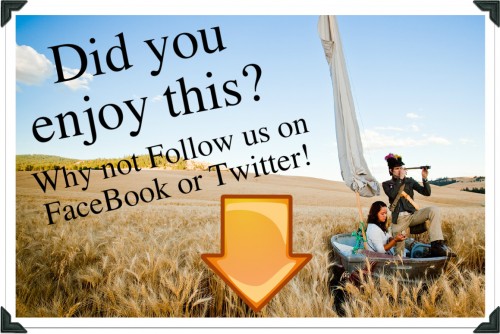