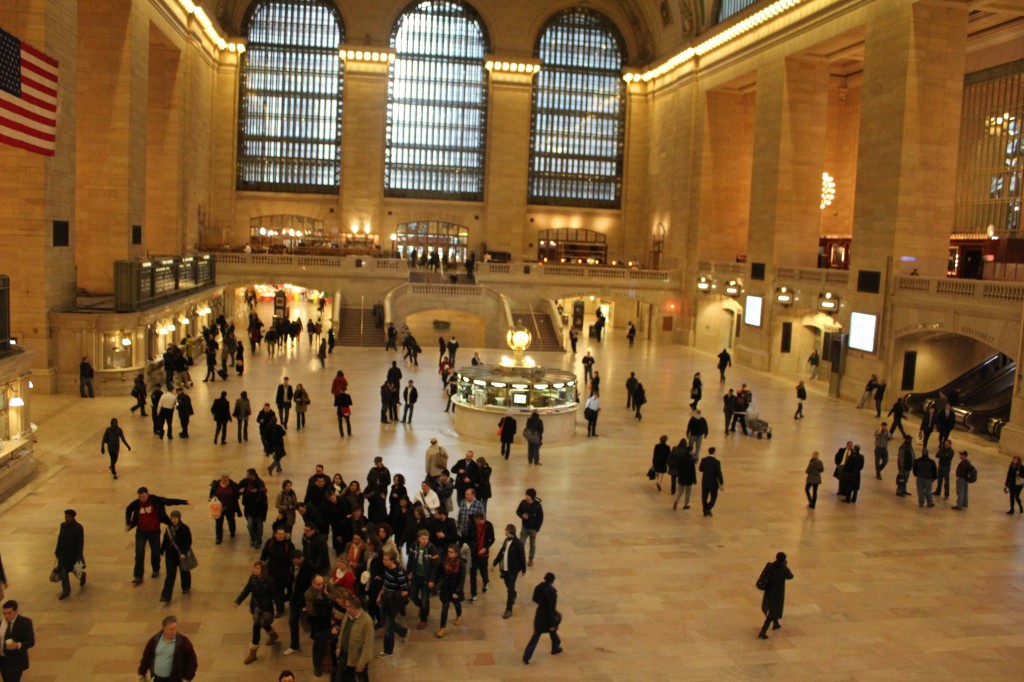 New York at a Glance with #ExpediaC2C

Well, we’ve officially been in New York City for over 24 hours.  We have been running in circles with little caffeine, but wouldn’t have it any other way.  New York is magical.  Just magical.

Yesterday evening was spent chasing the remaining daylight around Central Park and Times Square.  When it came time for dinner, we were able to actually surprise three of our best friends who live in the city and had NO idea that we were here.  Clearly, they don’t use the internet often.  Let’s just say that there were a lot of hugs, smiles, and profanity.

There was also this: 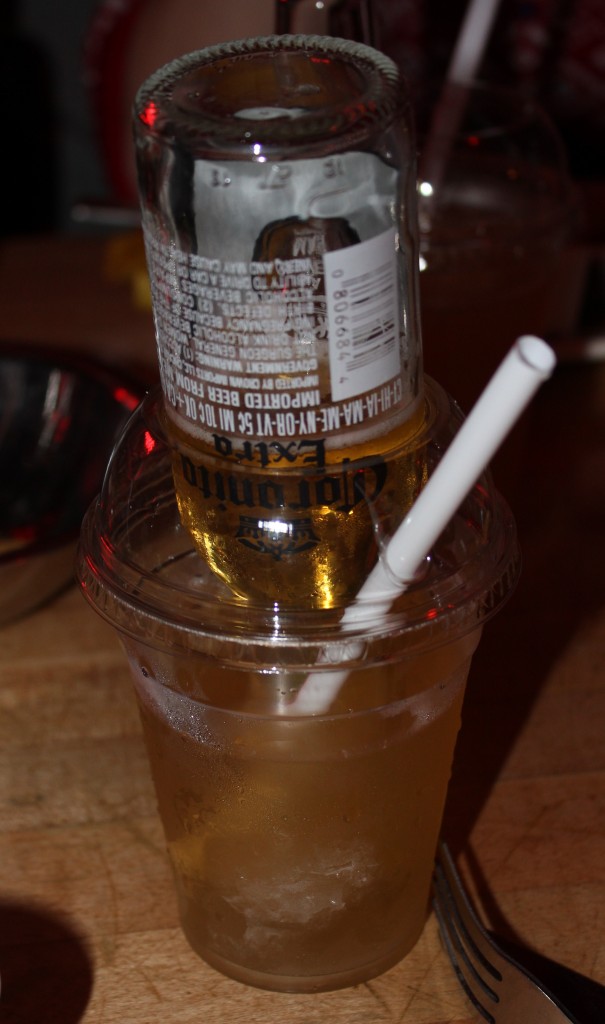 What is it, you ask?  It’s called a Bulldog and you can get it from Benny’s Burritos in Manhattan.  It’s a margarita with an extra shot of tequila on top.  Shove a lime in a Corona bottle and throw that upside down in the mix as well.  It’s three drinks in one but it’s refreshing and will be the perfect accompaniment to your meal.  BAM.  We weren’t even paid to say all that good stuff, so you know it’s gotta be good.

Today was spent eating our way around the city with Spencer Spellman.  Thank to all of the recommendations we received via #ExpediaC2C, we hit up the Chelsea market and indulged in lobster rolls from The Lobster Place,  prize winning grilled cheeses from Lucy’s Whey, and a scrumptious orange cream milkshake by the Ronnybrook Milk Bar. 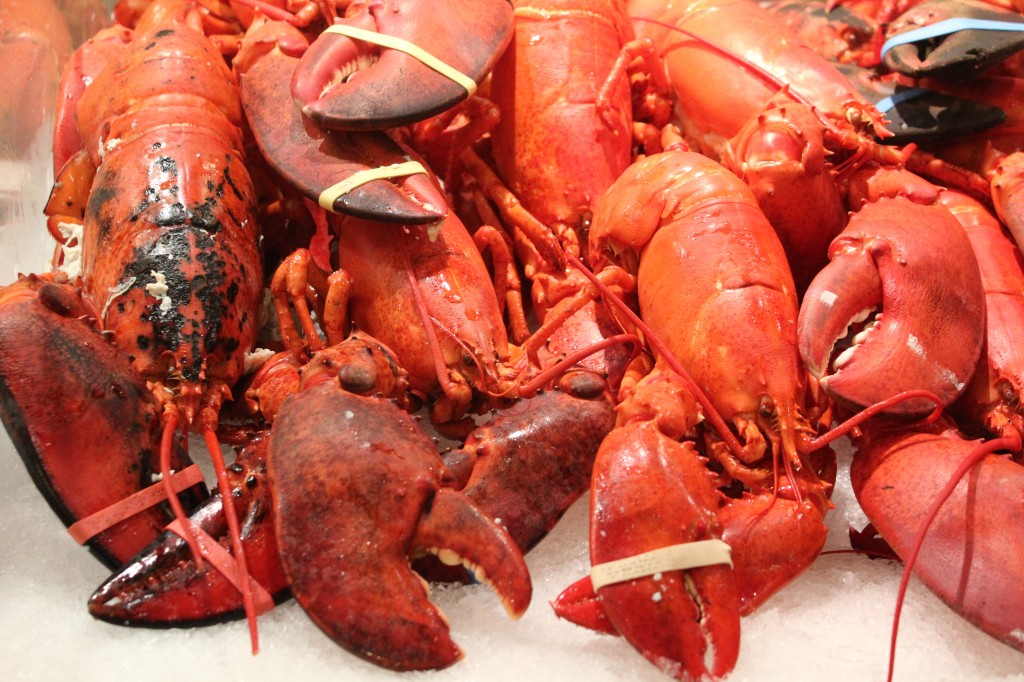 There’s a good chance that we’ll be leaving New York with a few extra pounds, and I’m not talking about in our suitcases.

Tomorrow is another day out on the town.  We’re hoping to hit up a few food trucks and sample delicious fare from all over the city.  It’s not too late to tweet your recommendations to #ExpediaC2C, as well as use the hashtag to track us on our culinary adventures.  We’ll also have a new video of our travels up on Expedia’s website.  We’ll post the link once it’s up and running.  It’s where you’ll be able to go to watch our videos and hear our NYC stories.

Don’t forget that Expedia is hosting a happy hour for travel bloggers on Friday at 4pm.  If you’re in the NYC area and are in the mood to mingle, get a hold of Spencer (@SpencerSpellman) on Twitter.  We hope to see you there! 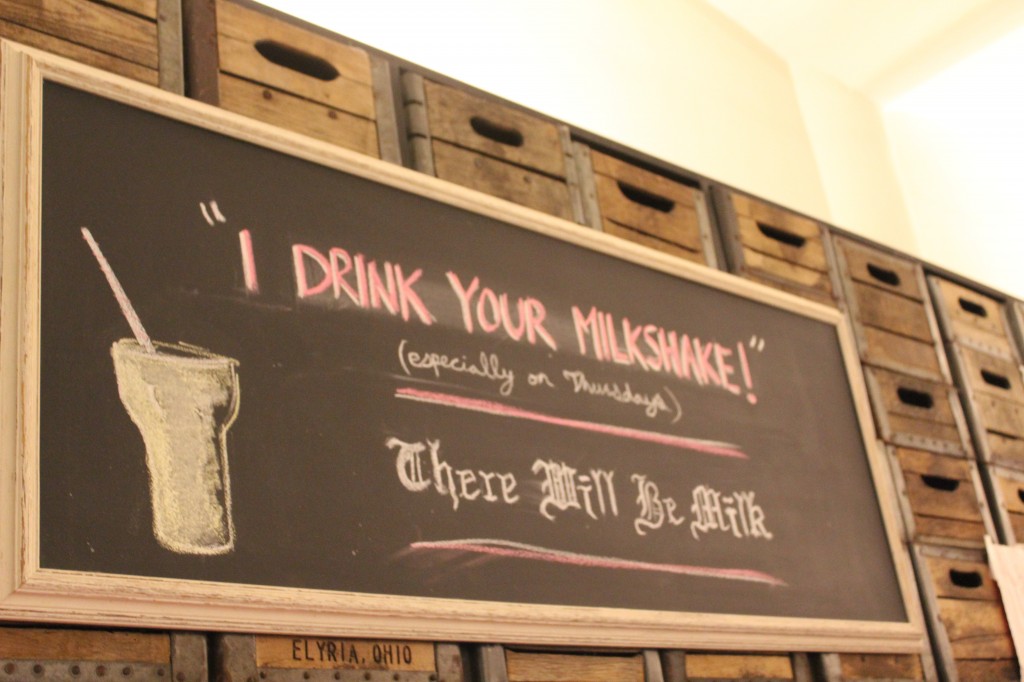 Liked this post?  Check out the rest of the site for more adventure travel stories.