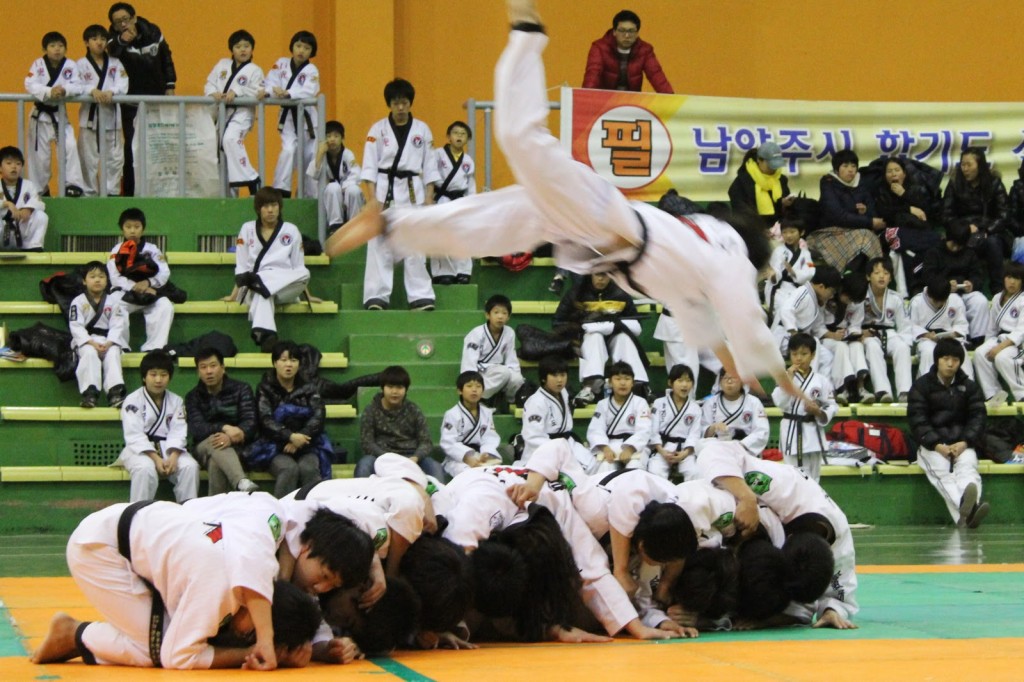 This photo was taken at a hapkido tournament that Chris and I participated in while living in South Korea.  It was November 2010, and we had somehow been talked into competing by our hapkido master.  We had only received our black belts a few months prior and were no where near ready to compete against students that had been practicing their entire lives.

Before the initial competition began, different hapkido groups took to the stage to show off their skills.  This picture was taken halfway through the routine.  That’s right, they added about five more people to the group on the floor.

The whole competition was quite the experience.  While we might not have walked away with any medals, we did get the approval of our hapkido master and that’s better than any medal in the world.

Want to see the whole competition for yourself?  Check out the travel video below.  Don’t worry.  No foreigners were injured in the making of this film (egos excluded).

Like what you saw?  Check out the rest of the site for more travel adventure videos.