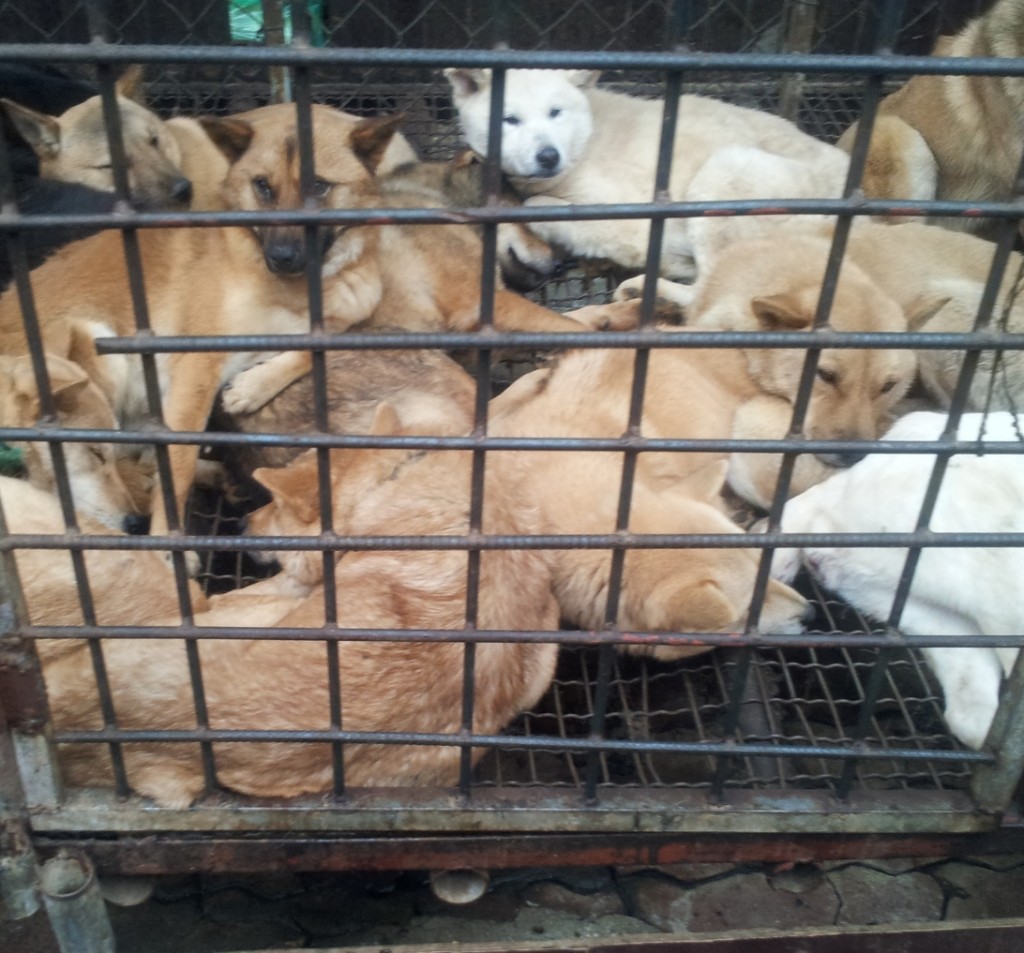 Why we said “no” to trying dog meat in South Korea.

It’s no secret that Chris and I are very intrepid souls. We like to push ourselves out of our comfort zones and try things that we have never done before. We are big fans of trying everything at least once. We have bungee jumped, swam with sharks, received magical tattoos from a monk in Thailand, the list goes on.

We are also quite adventurous when it comes to trying new foods. We’ve sampled balut in the Philippines, scorpion in China, and even munched on chocolate covered ants here in the U.S. After living in South Korea for two years the one question that is most commonly asked is if we ate dog meat while there. To some it might be a joke, but for us it is a serious issue that we don’t take lightly. 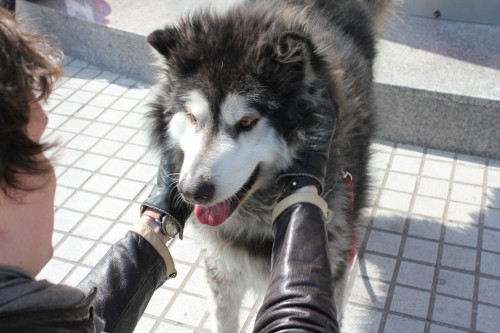 A scenario came up during a recent interview for a travel videographer job that we were vying for.  The interviewer inquired how we would react if we were in a foreign country and were taken in by the locals.  They painted a colorful picture where we were ushered into their homes and a traditional feast was prepared.  “What if you sat down and there was something strange on your plate like whale… or dog?”

We knew immediately what she was getting at.  She wanted to know how we would react to our gracious hosts and if we would try the food that they had prepared.  We told her that we would be more than willing to try something new, especially if it was a local tradition, but knowing what we know about dog meat , it would be hard for us to accept it.

We feel that dogs, out of all animals, are preconditioned to love without condition.  No other animal has, on its own terms, evolved to serve, protect, and adore mankind.  That deserves some respect.

While we have personal reasons why we think that dogs in particular shouldn’t be eaten, our main issue with the dog dilemma is in how the dogs are treated and in the end, slaughtered. In South Korea, the majestic nureongi dogs are often kept in cramped cages until they are hung from a tree and beaten to death. This horrific death is said to help tenderize the meat.  One butcher was even quoted as saying that the more a dog suffers, the better the meat will taste.

In Korea, the selling of dog meat is actually illegal. It is no longer a food that is eaten out of necessity, but out of tradition for the locals and kitsch for the foreigners. We are not ones to judge a culture for its traditions, but in this case most South Koreans deem the serving of dog meat cruel and unnecessary.  In fact, the majority if not all of Koreans we met, protested this practice.

We know a lot of expats that decided to try dog meat while living in South Korea.  Some were doing it in the hopes of getting closer to South Korea’s culture, and others did it just so that they could say that they tried it.  For us, the choice was personal and one that we stand by.  We don’t believe that dog (or cat) meat is an appropriate source of protein, especially in countries where other livestock is available.

We’d love for you to weigh in.  Have you come across a similar dilemma in your travels?  Would you try dog meat if the opportunity ever presented itself?

44 thoughts on “Why we said “no” to trying dog meat in South Korea.”