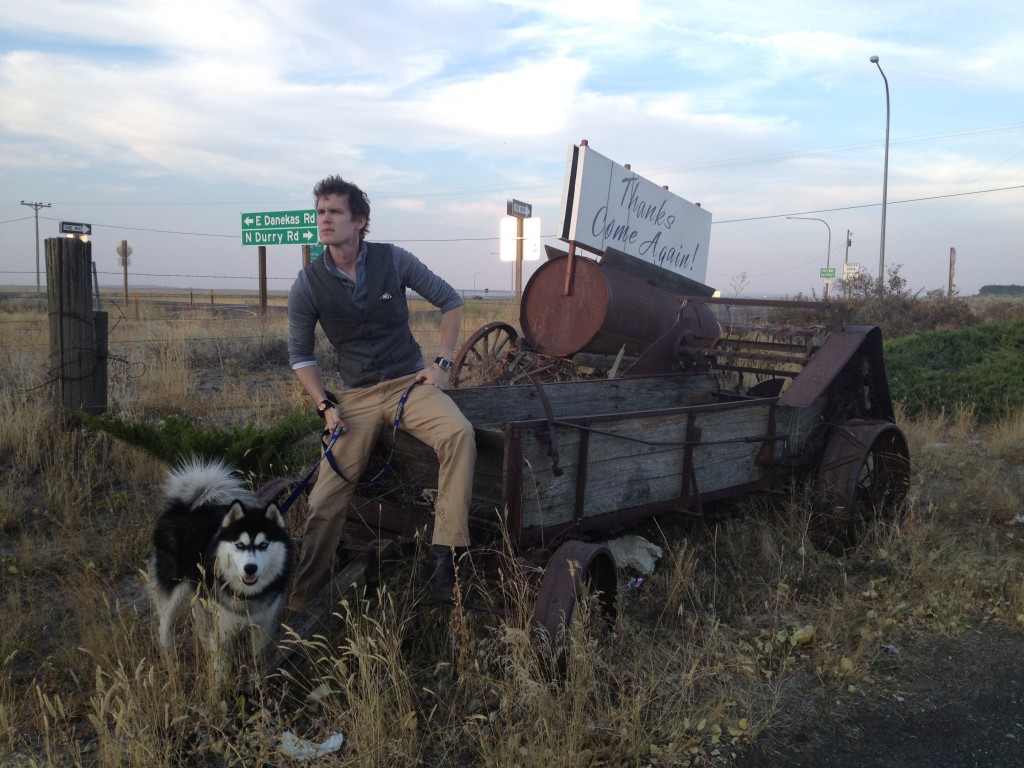 Our Life Revealed by our iPhone.

Sometimes life can get so crazy that we don’t even stop to smell the roses… or check our iPhones.  Every now and then Chris and I like to go through the pictures that we’ve taken on our phones and re-live the moments that we might have been a little too busy to relish in.  It’s hard for us to believe that the photos below were taken over the last ten days.  Between visiting old friends, meeting new ones, and traveling across the state, we’ve definitely had a lot of fun.

Behold, the last ten days through the eyes of our iPhone. 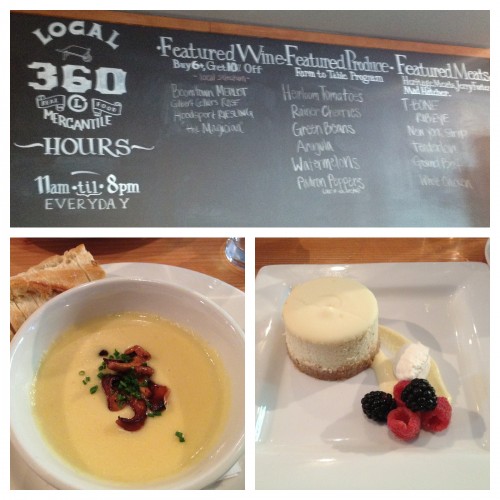 We have been wanting to try Local 360 as soon as it opened.  Instead of telling you how awesome it is, we’ll let them do it for themselves.

“We believe in real food, grown and harvested by the good folks in our community who take care of their land for future generations. We believe in whole, natural flavors.  We believe in sustainability, not as an abstract concept, but as a conscious, daily choice.  We believe in hands; the hands of our local farmers, products made by hand, and the goodwill fostered by such hand-in-hand relationships.”
Incredible, right?  All of the food is from a 360 mile circumference from the cafe and let us tell you, it’s delicious.  A huge thank you to the San Juan Marriott and Diamond PR for coming to Seattle and giving us a great excuse to enjoy it. 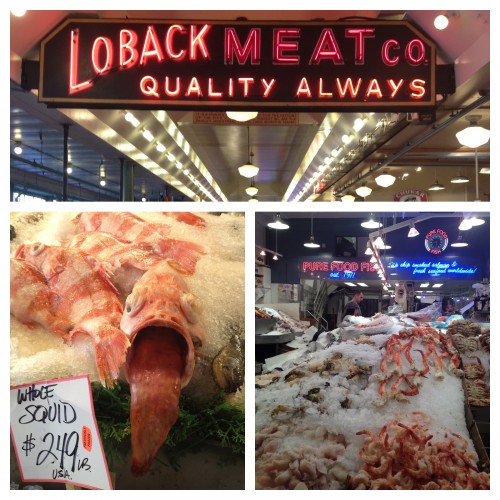 Since Robin (from Diamond) was in town on her first trip to Seattle, we took it upon ourselves to show her around the Emerald City.  We only had a few hours to get her enthralled with the city and were well aware that we had to pull out all the stops.  We took her on a whirlwind trip to the Fremont troll, Gasworks Park, Pike Place Market, and to our favorite watering hole, the White Horse.  While we raced through the market, I was able to snap a few shots. 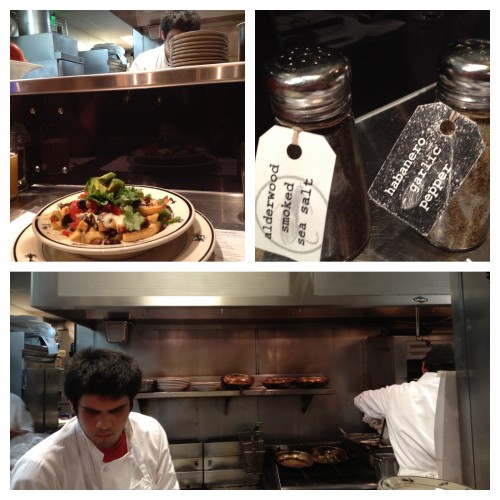 Robin was not the only new girl in town.  Michael from Art of Backpacking and Stephanie from Twenty-Something Travel also landed the same day.  We met up with them at the White Horse and then took them to one of our favorite local restaurants.  The Steelhead Diner is not to be missed when in Seattle.  Be sure to sit at the Chef’s counter as you’ll have the best seats in the house and you’ll get served special, bonus treats. 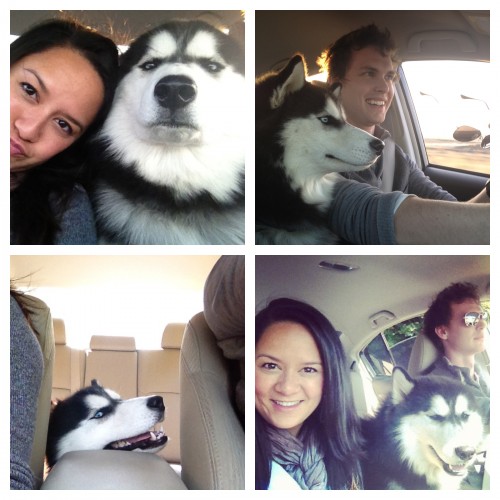 Yup, we did it.  We look the 9-month old husky on his first cross-state road trip.  Six hours, two potty breaks, one big bone, and lots of drool later we finally arrived in Spokane.  The pup did great!  Aside from trying to crawl into our laps every twenty minutes, he kept himself occupied by staring out the windows and sniffing the new smells.  He did even better on the return trip. 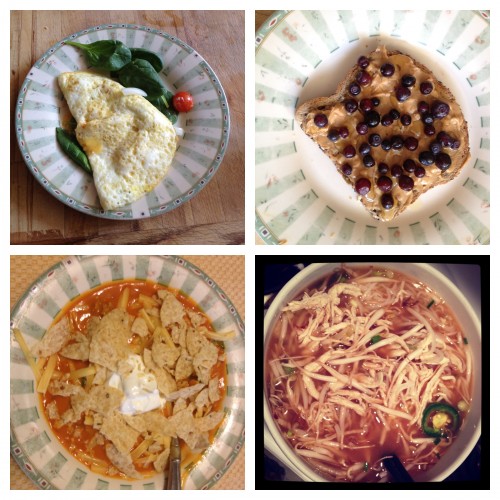 Chris and I have officially started “Fit Fall”.  We plan on using this season to drop a couple of pounds and eat healthier.  Our plan is to cook more meals at home and to eat smaller meals more often.  The consensus so far?  We love it!  We’re feeling more fit, and seeing changes in our bodies.  It’s also been fun to play around with new recipes.  Here’s to a healthier us! 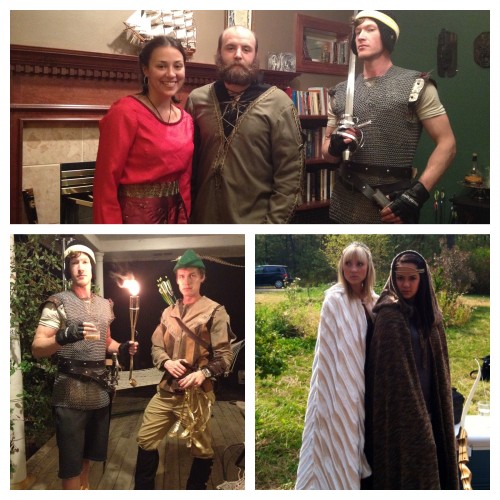 Finally, the moment that we look forward to all year.  It was the sixth annual Castle Staudinger Archery Tournament.  Chris started these tournaments as a way to bring together all of our friends for a weekend of frivolity and fun.  This year was the best tournament yet.  Everyone came decked in their best castle wear.  We arched (duh), had a water balloon fight, stormed the castle, had a castle dance party, and sang to the tunes of Bart Budwig and his guitar.  With all of the debauchery, we’ll have to dedicate a post to the event.  Stay tuned for more.

How about you?  What would your smart phone reveal of your last ten days?  Let us know in the comments below.

16 thoughts on “Our Life Revealed by our iPhone.”