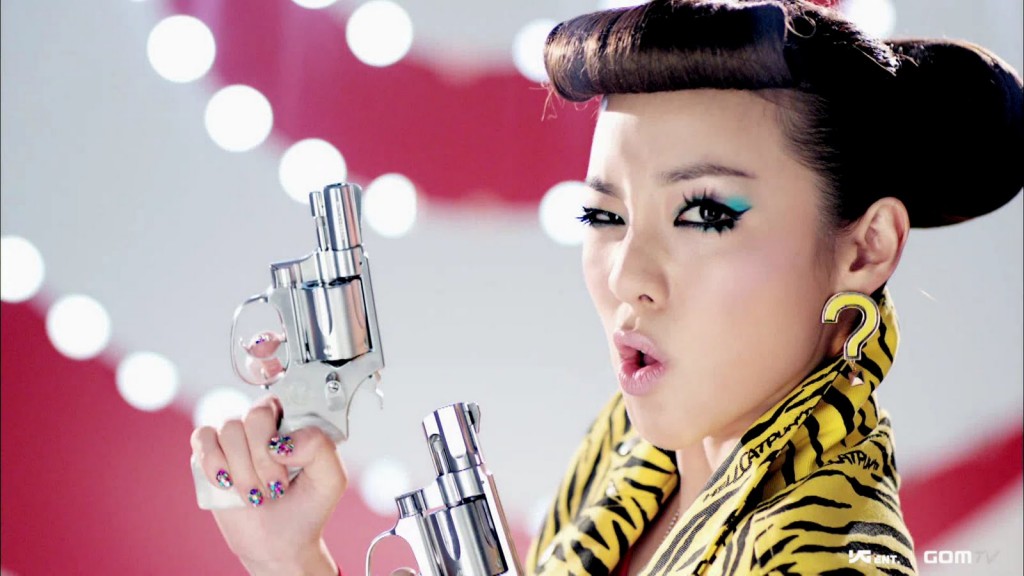 As most of you already know, my mister (aka Chris) has excellent taste in women.  However, you might be unaware of his quest for pop perfection.  If you want to catch a glimpse of the past pop princess prospects you can take a look at his previous work right here.  I suckered him into doing a K-POP ten just for you folks that don’t get the privilege of listening to them on the daily.  To you, from Chris… Korean Pop Ten. 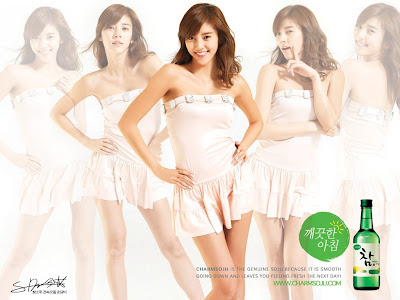 While not to be underestimated for her abilities as a Soju Model, Son Dambi doesn’t really bring much to the Pop table. To be more precise, at the Pop potluck Son Dambi would be mayonnaise. Delightful when paired with something more interesting and just tasteful enough to be ignored when expiration dates are checked.. While her rich vocals and abundant charisma have kept her career afloat her diary-esc lyrics are significantly less eloquent than North Korean new releases and dramatically less engaging.

Her greatest contribution to the K-Pop world is probably her starring role as the Charm Soju Girl.

While we love her for being true to herself, nobody orders a mayonnaise sandwich. 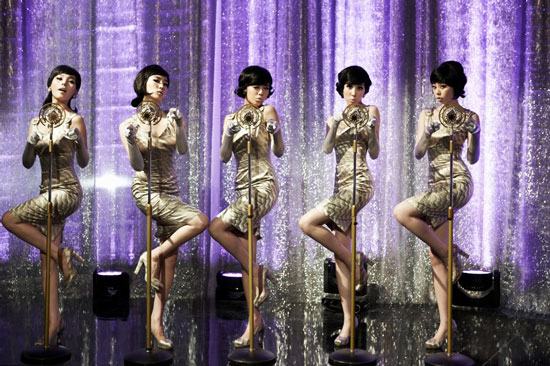 The Wondergirls are the essence of K-Pop reduced down. They have followed the essential formula for success. 1 Girl (with painfully high notes) + 1 beautiful leader x 2 graceful backup dancers with emergency singing power + 1 rapper = Explosive Commercial success.

The unbridled power of K-Pop to ensnare the hearts and minds of a global audience is only one facet of their potential however. The Wondergirls were also part of a South Korean campaign to fight North Korea. Along the DMZ large TVs were erected with the purpose of bombarding North Koreans with K-Pop.

The intent was to so overwhelm their neighbors to the North with images of what life could be like (see image above) that they would have no choice but to defect.

The results are still out as to whether or not the plan worked.

Coming in at number 8 is the Pop sensation “After School”. They have the corner on a rare and powerful market. In Korea they only thing people go through faster than moist towelettes are cell phones. The cell phone is an item that must be replaced at break neck (or bank) pace.

To push the sales of said phones, companies have recruited the finest marketing tools. See above.

When “After School” released their hit Amo LED they skyrocketed above the ranks of a mere 6 girl band with a rapper to level of cellphone demi-goddom. The fact that they haven’t even graduated from high school plays no part in their success. So long as there is service, they’re in.

It’s important when you’re a pop icon that you set a good example for the thousands of impressionable youth that eat you up.

The coveted spot of number 7 is securely held by the provocative and alluring band “Brown Eyed Girls.” for just that reason. They’ve earned their position by simultaneously being one of the most controversial K-Pop bands in Korea and by choreographing some of the most addicting dances. While the dance moves are sterling they are overshadowed by the stark girl-on-girl motifs the B.E.G present. Their music videos offer a visual feast for those who have missed the Matrix. Physics defying movements and black latex outfits all work to only underscore the video that Korean censors have been trying to block for years. Their latest video involves one of the band members portraying her jilted love life.

How does she get even with her cheating man? You might have guessed it. She handcuffs him to a bed and straps a bomb to his chest.

“Brown Eyed Girls” aren’t on the Pop Ten for the creativity of their name, but for the reckless, dark, and macabre passion that pours out of their every pore while they drop it like it’s hot.

They are the essence of K-Pop as directed by Stephen Spielberg, and for that we love them.

“The secret is that it is the same song.”

When you encounter a catchy melody why not use it for all of your songs? Secret soared to the top of K-Pop charts and into our hearts with their hit Magic. It wasn’t too long after that they decided to hit the top again, this time they rearranged the letters for their second hit Madonna.

This brought about some controversy when certain die-hard fans mentioned that the dances were the same.

For that purpose alone I have elevated them to the position of number 6, because even if you rearrange the letters in “success” it still spells “victory”. 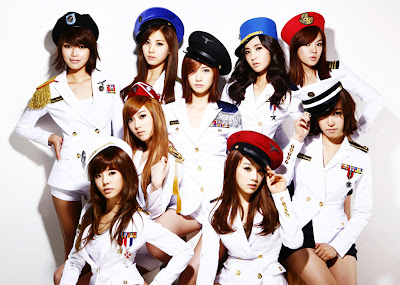 “When one isn’t enough.”

“Girl’s Generation” is in fact an entire generation of girls. They found each other in 2007 and decided that the best way to tell their story would be through interpretive dance. What ensued was the most successful three year stretch for any small country or group of young woman.

Completely undaunted by conventional advice “Girls Generation” decided to abandon the idea that a K-Pop group should be limited to 4 to 5 girls and packed as many as they could onto a screen with a 16:9 ratio. The true magic of this band isn’t their lyrics or even their powerful message but rather the fact that they can all move in unison. When dancing, the group has a “collective mind” which allows for more powerful dance numbers as well as earth moving song potential. Listeners no longer have to feel pressured to discover identity or individual qualities in their favorite artists. They now have the option to give in to group mentality and disappear.

For that simple mercy I applaud “Girl’s Generation.”

Give in to your desire to slip away and listen below.

“Perfection, one rhinoplasty at a time.”

She is a stunning, successful, smart woman who has sent a bold message to the youth of Korea:

She vividly portrays in her music video the path to success, and it is through the plastic surgeon’s office.

Honesty is what she brings to the table.  That and a healthy level of self respect.

No one deserves the spot of number 4 more. Not only is she talented singer and song writer she is a show stopping force of K-Pop genius. On top of all of this she also gets more beautiful every time we see her. 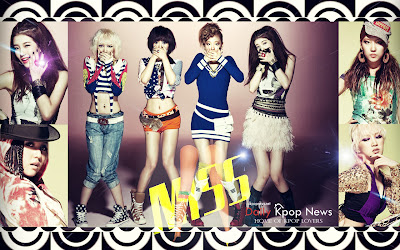 “Miss A” is a pastel explosion. Not only are they talented, they are also colorful. They have managed to make themselves even more impressive as a band through their creative use of Konglish. By merging their English with the Korean and then baking the mixture under the intense heat of passionate dance they have managed to make music videos that teach the better half of Korean children how to speak English.

Miss A has accomplished more in one 3 minute video than I have in two years of teaching.

Now children can proudly and accurately exclaim, “Shut up boy” and “I’m a bad girl.”

Thank god for Miss A, would that they could, be in every classroom across the world.

What a colorful, articulate world that would be.

BoA has an iron grasp on her 2nd place position. If someone were to try and take it from her she would reach around the back of her head with her leg and kick them with enough force to make Chuck Norris proud. The girl can dance. Not only can she dance but her name is Boa which just happens to be a perfect acronym for Best Of Asia. Normally I would flag someone for such reckless ego-centrism but after watching her dance I felt compelled to agree. BoA is the essence of Pop Princess. Pipes, moves, and the ability to disengage any of her joints at will. Her tendons are one of the wonders of the world.

Feel free to watch the video below, but do so with caution.

“Listen and enjoy. Or they will kill you and everyone you love.”

Here they are at number 1. The undisputed, unquestionable Queens of K-Pop. It isn’t just the mind altering lyrical talent and vocal skill of 2NE1 that sets them apart. Nor is it the fact that out of a sea of K-Pop bands they are the only ones to have a name with a hint of obscurity.

2NE1 has earned their title by being the most innovative, imaginative, intellectual, and incandescent band in the history of K-Pop.

They are also scary as hell.

If you were to take a burlap sack of bobcats and tie it to the back of a hemorrhaging Polar bear that has lasers beams attached to its paws it would still be only half as terrifying as 2NE1. They has all the gangster qualities of Daniel Day Lewis from “Gangs of New York” with all the unpredictability of children. They are at any given moment as likely to blow your mind with color and rhythm as they are to shiv you and wear your skin.

They possess even more English teaching ability than Miss A, more danger than B.E.G, and they even had more members than Girl’s Generation, but 14 of them died in a nail bat fight.

2NE1 does exactly what K-Pop should do, which is terrify and delight.

If you want to feel every human emotion possible, simultaneously, than I dare you to watch below.

If you’re a fan of K-Pop or J-Pop or have any information on girl bands of Southern Asia let us know in the comments below.