I don’t know if it’s because I’m getting older, becoming more jaded, or just experiencing a normal transition, but I’ve developed this growing fear of being let down.  There have been multiple occasions over the past couple of years where I’ll get so excited about the prospect of something, tell all of my friends and ..." />
Travel News

Travel Confession. The fear of being let down.

I don’t know if it’s because I’m getting older, becoming more jaded, or just experiencing a normal transition, but I’ve developed this growing fear of being let down.  There have been multiple occasions over the past couple of years where I’ll get so excited about the prospect of something, tell all of my friends and family, get everyone else stoked with me, only to have it fall through.  I feel like I take everyone with me on this emotional roller coaster where one minute I’m a giddy school girl, and the next a moping mess.

It’s gotten to the point where I don’t want to celebrate the good things coming until they actually happen.  It’s almost as if I don’t want to jinx things.  The last couple of big trips that we’ve been on I wouldn’t let myself get excited until we were a.) actually on the plane headed there, or b.) disembarking the plane on arrival.  Who have I become? 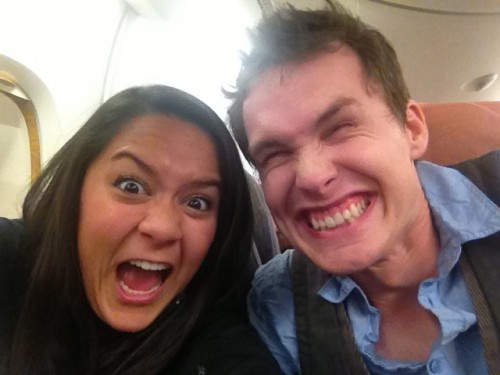 A very flattering picture of me allowing myself to get excited on the plane to India.

I used to be the girl that would countdown to a trip months in advance.  I would construct the tearaway chains that kindergarteners make for Christmas, except mine would be for upcoming vacations.  My friends and family would have their ears bleed from my incessant talk of future travel plans.  The second a trip was booked I would put it on facebook.  I was unstoppable.

For whatever reason, things have changed.  I am now hesitant to share our travel plans until they are set in stone.  I don’t let myself get excited.  It’s me protecting myself and others from disappointment. 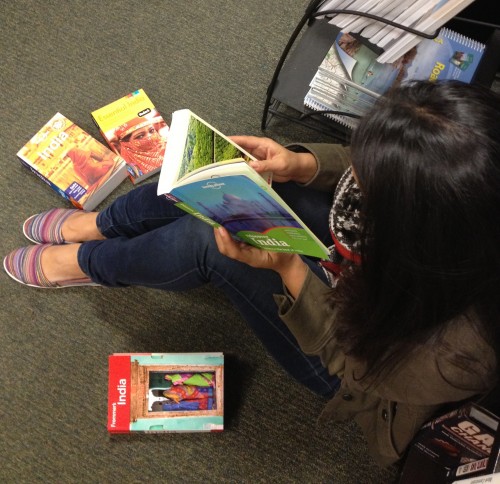 Pouring over travel guides in anticipation of the next trip.

While I might have my woes with things not going as planned, I should note that things seem to always work out for the best in the end.  There have been opportunities that have fallen through that have only led to better ones.  I don’t know what the driving force is behind all of this madness but I do want to change it.  So here’s what I’m going to do.  I’m going to tell you exactly what I am excited for.  I’m excited for Europe.  Like, really excited.  I’ve been waiting to touch down on this continent for as long as I can remember.  I wouldn’t be surprised if I shed a tear or two once we arrive.  Would kissing the ground be taking it too far?

So yeah, I’m going to allow myself to get amped for this.  I’ve waited 27 years to scout for British royalty, eat fish and chips, and call people wankers.  I’m not going to let my fear of being let down hold me down.  While I don’t know exactly what Europe has in store for me, I do know that Chris and I will make the best of our time there. 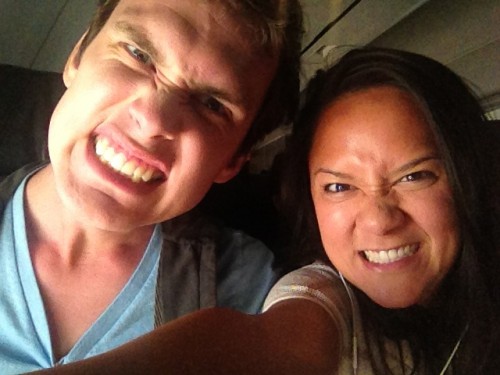 Our excited faces are the best.

We hope you follow along on our Go with Oh adventure.  We would love it if you would visit our new Tumblr site and leave all your recommendations for London, Paris, Vienna, Venice, and Rome.

Want to take the journey with us?  Come along by watching the following: