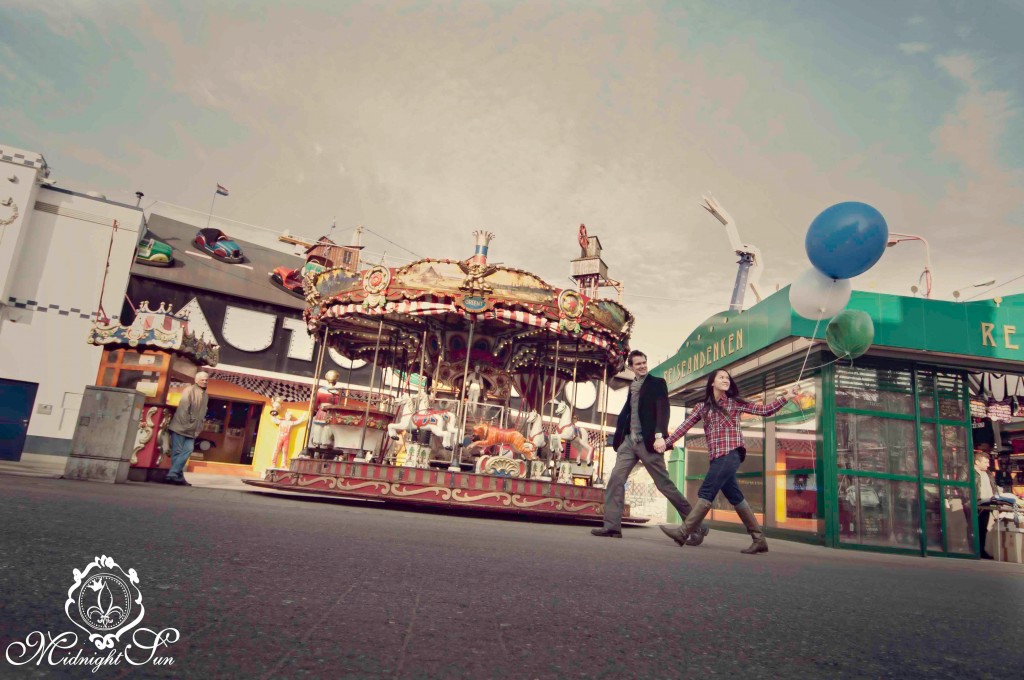 Love and fun at the Prater in Vienna.

We’ve said it once and we’ll say it again, our travels have introduced us to some of the most talented people out there. We’re constantly amazed by the lifelong friends that we make when we explore the world. We met some of our best friends while in Korea and even though we rarely see each other, when we eventually do, it’s like no time has passed at all. Some people are lucky if they find one friendship that is like that. We can’t believe that we’ve been blessed with so many.

While we’ve only known Doris for a little over a month, we can say with certainty that she is going to be someone we remember for a lifetime. She’s good people. There’s no better way to say it. Doris contacted us on twitter when she heard about our GowithOh tour through Europe. She invited us to spend a day with her at the Prater in Vienna to teach us about her city.

Little did we know that we were going to talk away with more than a new friend. Doris is a budding photographer and graciously offered to take some photos of us around town. She chose the Prater, a huge public amusement park, as the site for our photo shoot. We had fun exploring the Prater and Doris seemed to enjoy reminiscing about one of her favorite childhood spots.

The Prater is home to one of the most unique ferris wheels we’ve ever seen. Named The Riesenrad, or The Giant Ferris Wheel for us foreigners, this ride sits at the entrance to the Prater amusement park. Standing since 1896, this ferris wheel was once the only one of its kind. Most of the ferris wheels we’ve seen have small cars that can only fit a couple of people. This one has giant train-like cars that are big enough for entire families. We found it to be pretty unique and even heard that some businesses will rent out a few cars for office parties. Best idea ever. 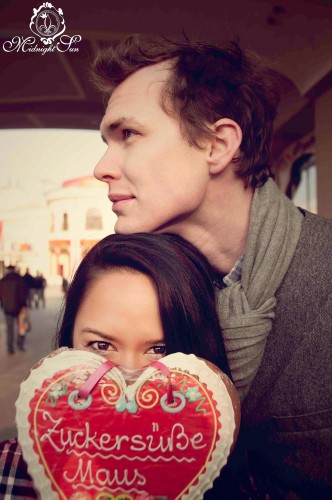 Doris also spoiled us rotten by buying us a few gingerbread hearts. These were apparently a big deal back in the day. Young lovers would frequent the Prater and if you came back with a sweet little heart from your suitor it was considered a big gesture of admiration. The heart in the picture above is says it’s for a “sugary mouse” which is a cute term of endearment in German.

We were a little peckish after our day around the park and Doris had just the place to satiate us. The Schweizer Haus serves one hell of a meal. Doris recommended the house special, the fried pork knuckle. While it doesn’t sound appetizing, it might have been the best meal we had in Austria. The knuckle was deliciously crispy on the outside and so tender on the inside. We also tried the house beers. Doris had hers with sprite. We had never heard of a beer/sprite mix before but it was actually very refreshing!

While it was a chilly 19 degrees the day we walked around the Prater we still had fun exploring the old (and new) amusement park rides and loved getting our engagement pictures taken by Doris. We’ll be forever grateful for our day at the Prater. Since we’re obsessed with our pictures, we’ve included more of them below. Be sure to check out Doris’ photography site, Midnight Sun Photography and definitely let her know if you’re ever in Vienna! 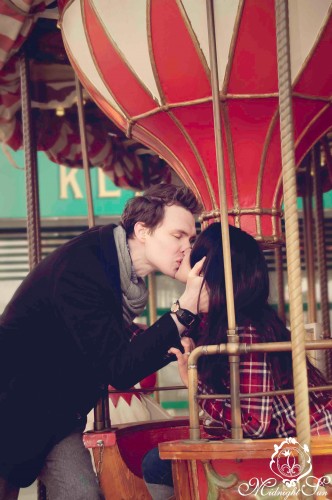 What about you? Where’s the most romantic city that you’ve been to? We’d love to hear all about it in the comment section below!

9 thoughts on “Love and fun at the Prater in Vienna.”