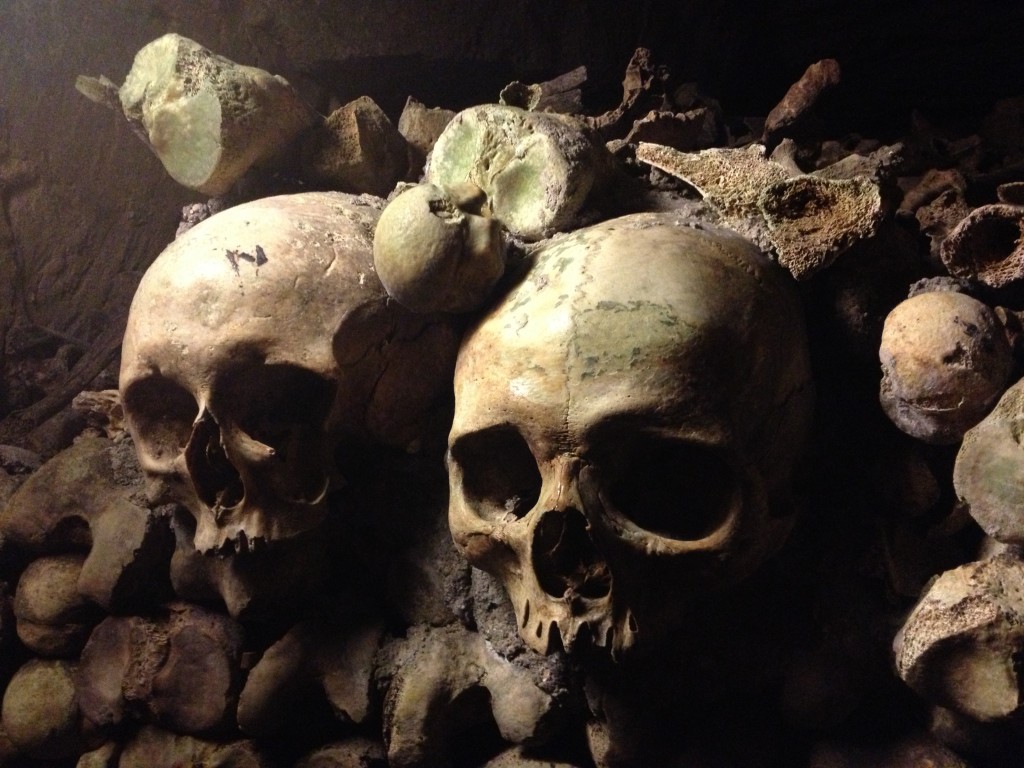 Reflections among 6 million dead in the Paris catacombs

Deep underneath the storefront windows and busy Parisian streets lies endless tunnels. Some of these tunnels are empty, some filled with graffiti art, and others are piled high with human bones. It’s no secret that these tunnels exist, but not many people know exactly what lies beneath the cobblestone streets.

Having seen pictures of the stocked human remains beforehand, I thought that my Paris catacombs experience was going to be slightly morose and morbid. I was actually surprised at how unaffected I was. If anything, wandering among millions of skulls and bones just made me realize how human I am. How human we all are, and how alike we are after death. Everything that defines us is stripped away and we are left with a pile of bones. You can’t tell one skull from the next. There are no facial features, no differentiation between the rich and the poor, no signs of wit or personalisty that the person possessed before their death. This is how we all end up. 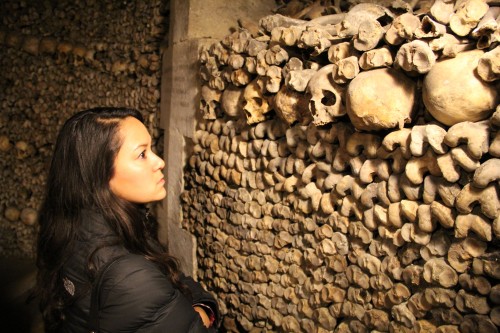 It was a cathartic experience. Not one of sadness or mourning, just introspection. I realized that when we die, we can’t take material things with us. No computers, no designer purses, not even our bodies. It just reinforces the life that Chris and I are trying to live. Instead of collecting things, we’re collecting memories and experiences. Needless to say, our catacombs tour was quite the learning experience.

That’s enough philosophizing for now. Let’s get to some facts about the Paris catacombs.

Our GetYourGuide tour started at the Place Denfert-Rouchereau entrance. Aside from the long line of tourists, the building is quite unassuming. Luckily for us, we were able to skip the line and waltz right in. We entered and proceed down a long, dizzying spiral staircase where a grim sign greeted us, “Arrête! Cest ici l’empire de la mort, Stop! This is the empire of death.” Our advice is to bring a good pair of walking shoes as the one mile tour takes you through uneven pathways. If you’re claustrophobic this tour is probably not for you.

Officially known as l’Ossuaire Municipal, the catacombs came to life at the end of the 18th century. The graveyards at the time had become so overrun with the dead that disease was rapidly spreading throughout the town by the contaminated corpses. To ease the burden off of the cemeteries, remains would often be transported in horse drawn carriages under the cover of darkness to their final resting place.

There’s more than just bones in the catacombs. There’s actually 186 miles of tunnels that currently wind around under the city of Paris. While there is only one legal entry into the labyrinth, it’s been rumored that other openings have been found and sometimes lead to underground parties (pun intended). In fact, those that frequent these lairs are labeled “Cataphiles” and are known to host subterranean movie nights and dance parties. We even heard of modern and intricate art galleries that are hidden away. As enticing as catacombs raves sound, we must strongly advise against it. Unless you’re with someone who knows their way around, it’s incredibly easy to get lost (quite possibly forever) and if caught, you can receive a fine of up to 60 euros. 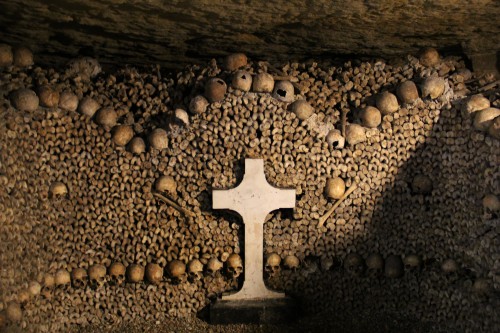 Want to know what I did find to be creepy? Some tourists like to steal bones from the catacombs. Like, it’s a normal occurrence. Who would do that? Someone who wants a skull for a paperweight, apparently. When we exited the catacombs there was already a pile of bones that had been confiscated from the visitors before us.

What about you? Is a tour among millions of human remains your kind of thing? Have you been on a catacombs tour before? We’d love to hear your thoughts in the comment section below! 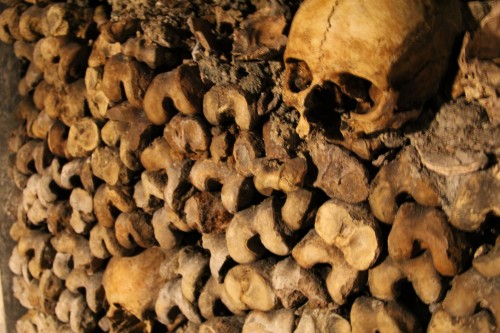 When GetYourGuide heard of our interest in the catacombs they offered to host us on their Skip the Line Paris Catacombs Tour. As with everything on this site, our opinions are our own. So there.

Also, the Captain found a great story about what it’s like to enter the catacombs with cataphiles. You can read it for yourself by clicking here.