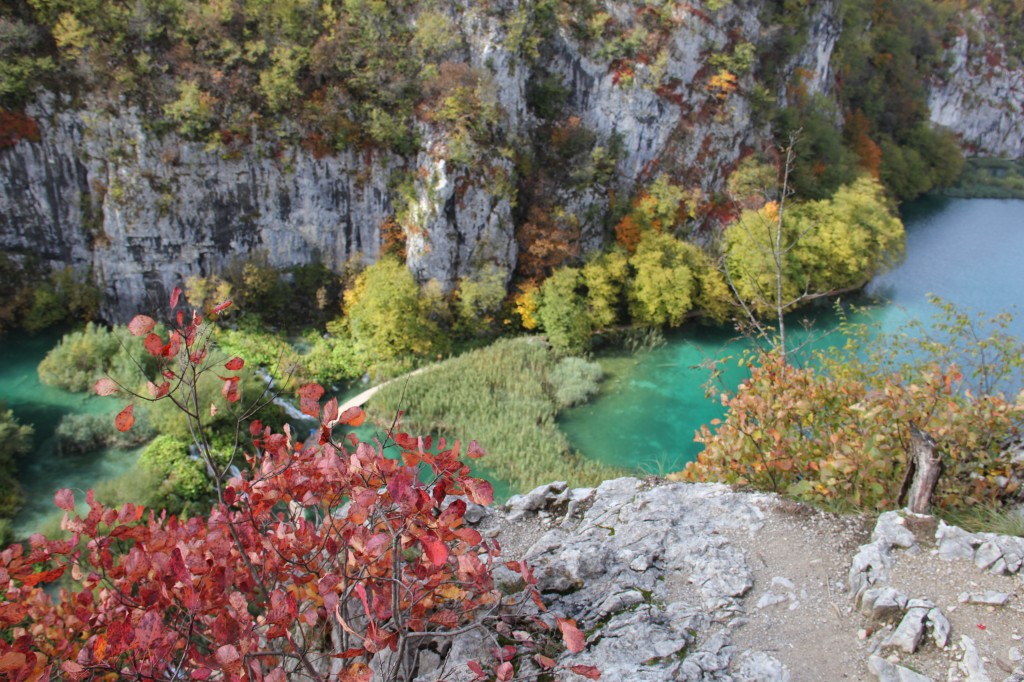 Plitvice Lakes National Park: Middle Earth as we know it.

Normally I would consider it to be extremely rude to talk about the beauty and majesty of a place that not everyone has seen for themselves but I would be doing you a disservice if I didn’t croon about the grandeur that is Plitvice Lakes National Park. The truth is, as travel bloggers, inspiring others to see a place for themselves is actually the business that we’re in. Chris and I try to find the beauty within every destination that we visit. That might come in the form of its people, its landscape, or even the delicate taste and depth of its food. Sometimes it’s a stretch and sometimes it backhands us right in the kisser. Plitvice Lakes National Park did the latter. It literally curb stomped our faces into its splendor.

What makes Plitvice Lakes National Park so special isn’t that it’s the oldest national park in Southeast Europe or that it’s the largest national park in Croatia. Founded in 1949, this park reminds us of a world that we would find in a Tolkien novel. The vibrant colors of the changing autumn leaves greeted us as we stepped foot inside the park. As if welcoming us with a grand of gesture as possible, a huge cascading waterfall stood in the foreground as we entered. I immediately turned to Chris and told him that I felt like we were in Middle Earth. The only thing that would have improved the scenery was if Aragorn escorted us in himself.

Elves and hobbits could have been a normal sight amongst the majestic turquoise pools that cascade into one another. The beauty of Plitvice lies in its 16 visible lakes that run into each other causing the appearance of steps. Visitors to the park can walk on the wooden foot bridges that wind around the lakes and stop at numerous waterfalls. 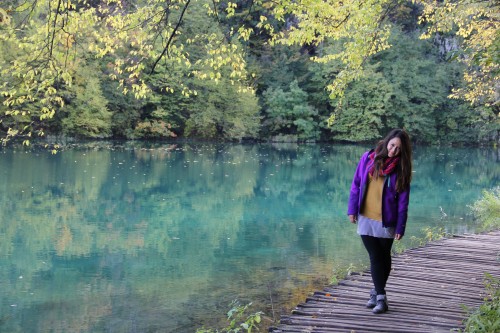 Below are the gems of Plitvice Lakes National Park. I mean, come on. It’s stupid pretty.

While Plitvice Lakes National Park was a delicious slice of heaven, it is Rastoke, the whimsical town a few miles away that is the icing on the cake. Chris spotted this gem from the road and at first glance it appears that it’s a town built upon waterfalls. The mist from the cascading falls hit the fading sunlight and form an ethereal halo that surrounds the town. This watermill village is situated where two rivers copulate and create beautiful waterfall babies (each with its own name).

We spent some time wandering around Rastoke dragging our jaws on the ground. Around every corner was another awe inspiring view that I can’t even begin to put into words. This place was the closest to heaven on earth that I’ve ever come across. The bonus? We were there in the off season and there was barely another tourist in sight. My only regret is that we didn’t get to spend more time exploring this idyllic paradise. Chris and I are already planning a trip back for our one year anniversary. If you find yourself in Croatia, do yourself a favor and stop in to Rastoke. You won’t regret it.

Where is your heaven on earth? Let us know in the comment section below.

Like what you’ve read? Check out our new posts on the Expedia Viewfinder Blog.

We were guests of Croatia courtesy of the Croatian Tourism Board and DQMPR. It shouldn’t have to be said, but all thoughts are our own and we really, really loved our time in Croatia.

22 thoughts on “Plitvice Lakes National Park: Middle Earth as we know it.”