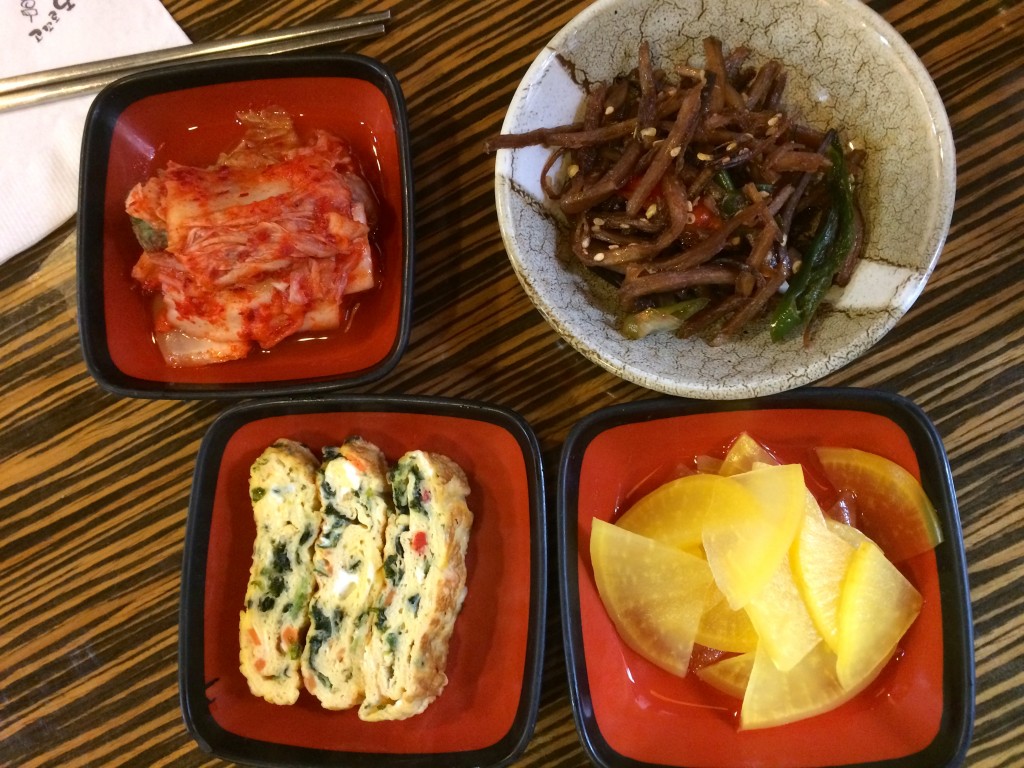 South Korea is the land of ubiquitous kimchi and cook-it-yourself haunts. It’s easy to become overwhelmed with the numerous options you have when dining out in Korea. While you really can’t go wrong with any dish (especially if you’re okay with eating chicken feet or silkworm larvae), we have a few favorites that we feel every meat eating visitor to the country should enjoy at least once.

While it literally translates to “three layers of fat”, samgyupsal is like Korea’s version of bacon and is just as addicting. It’s one of the various meats that you cook yourself at a grill that’s cleverly imbedded in your table. Thoroughly cook it before popping it in your mouth or wrapping it up with kimchi, spicy bean paste, and garlic in a crunchy lettuce burrito. Our favorite place to get samgyupsal is at a chain called Bulzip. Their dipping sauce is like crack and always has us coming back for more. Get addicted.

Samgyupsal Tip: This meal is best enjoyed with a bottle (or two) of “Korean whiskey”, most commonly referred to as soju. Just be careful. It sneaks up on you.

Samgyetang might be one of my favorite dishes served in Korea. While it’s more commonly eaten in the summer, it’s available all year round. South Koreans like to enjoy this piping hot soup in the warm summer months as it encourages them to sweat out all the toxins in their body. It’s also their version of chicken noodle soup and is just as comforting. Samgyetang is comprised of a small whole chicken that is stuffed with rice, garlic, and ginseng. It’s cooked in broth and served still boiling.

Samgytang Tip: The best way to eat samgyetang is to first remove all of the bones from the bowl. Scoop up and eat remaining pieces of broth, rice, and meat until full. If you want more rice, don’t hesitate to ask. 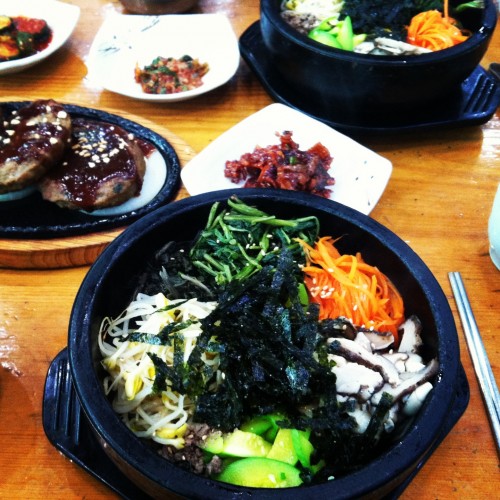 A hot pot of delicious goodness is what you’ll find in dolsot bibimbap. Served in a sizzling stone bowl (unlike regular bibimbap), this popular lunch time eat is a combination of rice, vegetables, egg, beef, and sesame oil. Top it all with a generous helping of chili paste and mix it all up. It’s a meal that goes down quickly and is incredibly filling.

Dolsot bibimbap tip: Let some of the rice cook at the bottom so that as you finish your bowl you have a few deliciously crunchy pieces to enjoy. Trust us, it’s tastier than it sounds. 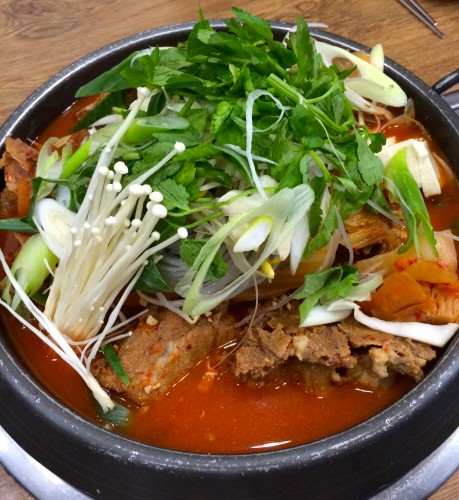 Okay. Stick with us here. This is Korea’s hangover remedy that just so happens to be terrifically delicious. While it’s said to help cure the effects of that sneaky soju, we prefer eating it completely sober. Now, the ingredients might be a little different than the soup you’re used to. This hearty soup is made from beef broth and then seasoned with some cabbage, sprouts, pig or ox spine, and a dollop of coagulated blood. No biggie. But really, this soup has a very deep and hearty taste and the meat around the chunks of bone is very tender and tasty. We probably ate it at least once a week when we lived in Korea.

Haejang guk tips: Like samgyetang, remove the bones and throw in some rice, or in the case of the dish above, rice noodles. I prefer it with a hefty portion of spicy radish kimchi. 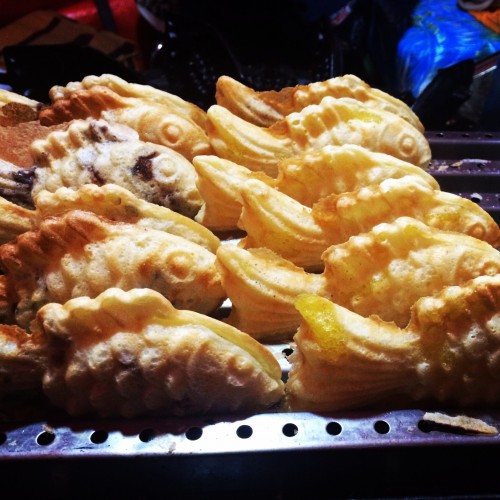 Okay, so technically I cheated and listed two separate treats but I love both equally. Both of these dessert-like snacks are served in the winter months when it’s cold and their piping hot centers provide the perfect relief from the bitter chill. Bungeoppang is what you see in the picture above. It’s fish shaped pastries that are filled with either a sugary cream or red beans. I prefer the cream. The outside is a little crunchy and the tail is my favorite part as it usually has my preferred crispy crust to creamy center ratio.

This, my friends, is hotteok. It’s like a deep fried pancake that’s filled with brown sugar, cinnamon, and nuts. I don’t have a good picture of it because I always eat it before I remember to take one. Inner fat kid fail. The best part is that after being fried, the center is gooey and hot. I would probably eat these every day if I could. The best part of hotteok is biting into it and watching the steam rise from the center. Both bungeoppang and hotteok are street treats that are sold on various corners around town. I’m pretty obsessed with them.

So the next time you’re in Korea (or in Korea town), be sure to search out a few of these delicious dishes. Each one has a depth that can’t be put into words. If you do happen to try them, be sure to let us know what you thought. We like to share the foodie joy!

23 thoughts on “Top five foods to try in South Korea”