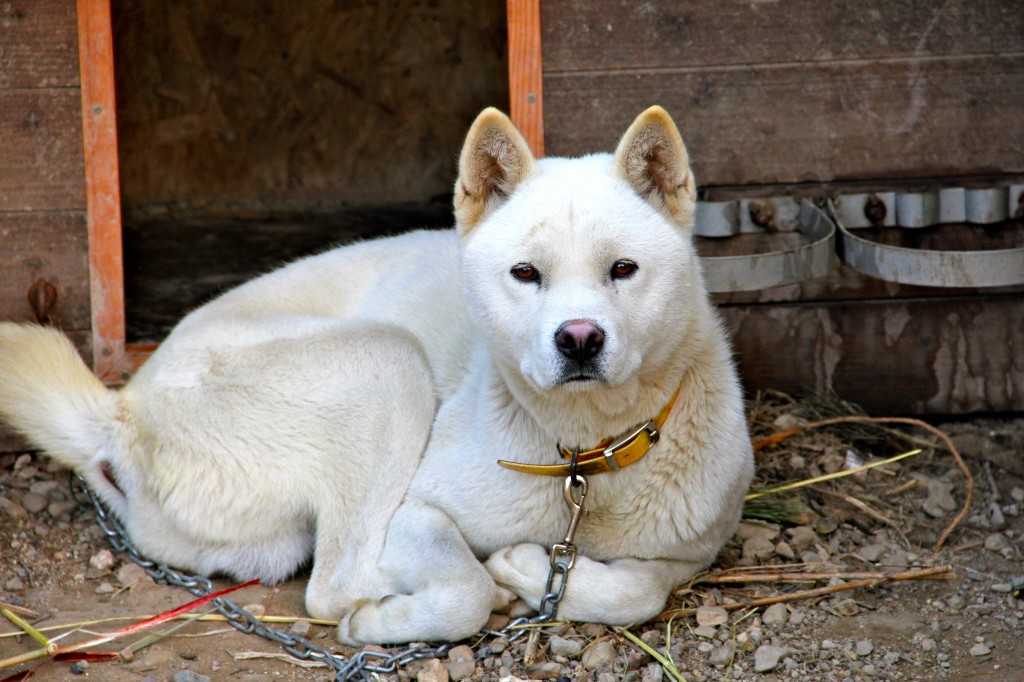 Tawny and I lived in the Korean city of Pohang for two years. Everyday was a chance to put someplace on the map. Every new corner was a bold adventure full of exploration and glory. We were riding our motorcycle on some back roads one weekend when we slipped through a wrinkle in time. Rounding a corner the paved road suddenly switched to dirt. I slowed the bike down as we passed a brick building perched on the edge of a rice patty. After almost a year and a half of bright LED signs and sizzling technology screaming for our attention along every road we were startled by the unimposing hut in the middle of a bamboo grove. We continued down the road and more and more houses trickled down the valley with us. At the lowest part of the basin they coalesced into a walled village, studded with persimmon trees. There were men and women in mud dyed jackets using wooden mallets to pummel rice into the sticky treat they call songpyeon. I pulled over and hushed our motorcycle as Tawny and I looked at one another. Somehow we had ended up in a 500 year old village. 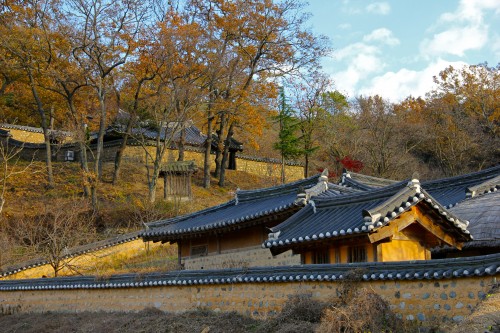 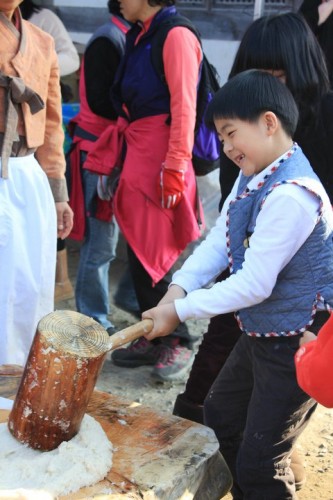 It wasn’t a time machine that brought us there but the back road of a UNESCO Heritage village. The Yangdong Cultural village is a Korean town that has remained untouched by electricity, industry, and development for over five centuries. This is carried out to the extreme that even the families that have lived there have continued doing so. Their descendants now live in the same houses and exercise the same traditions. Even breeding the same dogs and varieties of wheat. Yes, mind blown. 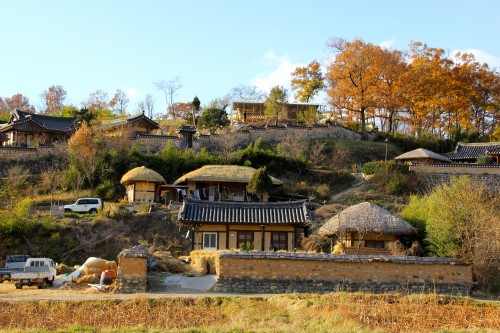 This is a sweet place if you love time machines, Korean history, or Brigadoon. Tawny and I went back recently and took the exit from the highway instead of using our secret forest entrance that we had always used in the past when living in Korea. Much to our wild shock and surprise we discovered that you actually have to pay to enter the village. While it’s only a dollar eighty we felt awful. We’d been coming here for years and giving tours to our friends, when we lived next door. All that time we should have been going through the main gate. 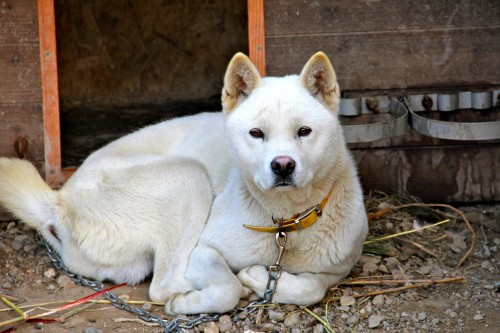 We tried to explain that to the main gate attendant and offered to pay the difference. She wouldn’t have it, so we left a little extra in the tip box.

The Yangdong Cultural village offers tours and events where you can not only see traditional Korean activities but also to join in. Most of the families that still live in the village will open their doors to wandering guests and a few houses have been left vacant for tours. What’s really fascinating to me is that the homes are still heated by the ondol system. The premise here is that each home is built on top of a stone chamber that is about one foot tall and spans the whole of the floor. There is a small opening at one end of the chamber and a chimney on the opposite end of the house. The home owners build a small fire in the opening and the chimney on the other end pulls the heat under the floor and out. This effectively heats the home. Today Korea still uses this system but with water. Our apartment in Korea was the norm. The floor had veins of copper tubing underneath it that would allow hot water to flow through. When we’d turn our heat on it would pulse up from the floor and heat the whole apartment. It was so effective that we could turn it on for an hour and be warm for up to two days in the winter. 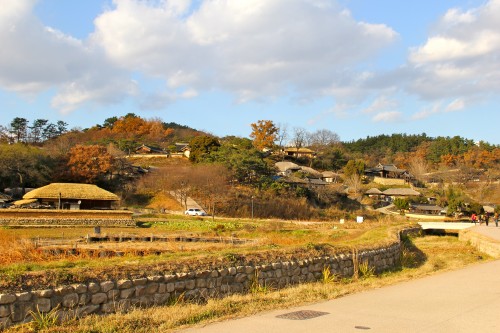 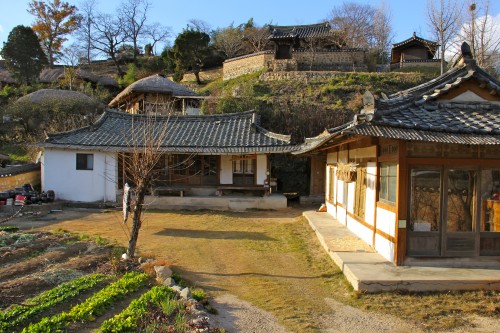 This is just a small example of Korean technologies that were started when the Yangdong village was built and have echoed through to today. This place offers not only a surreal experience but also a great chance to learn. Then again, it’s also just a stunning venue for a day trip. If you’re on the East Coast of Korea we’d highly recommend it.