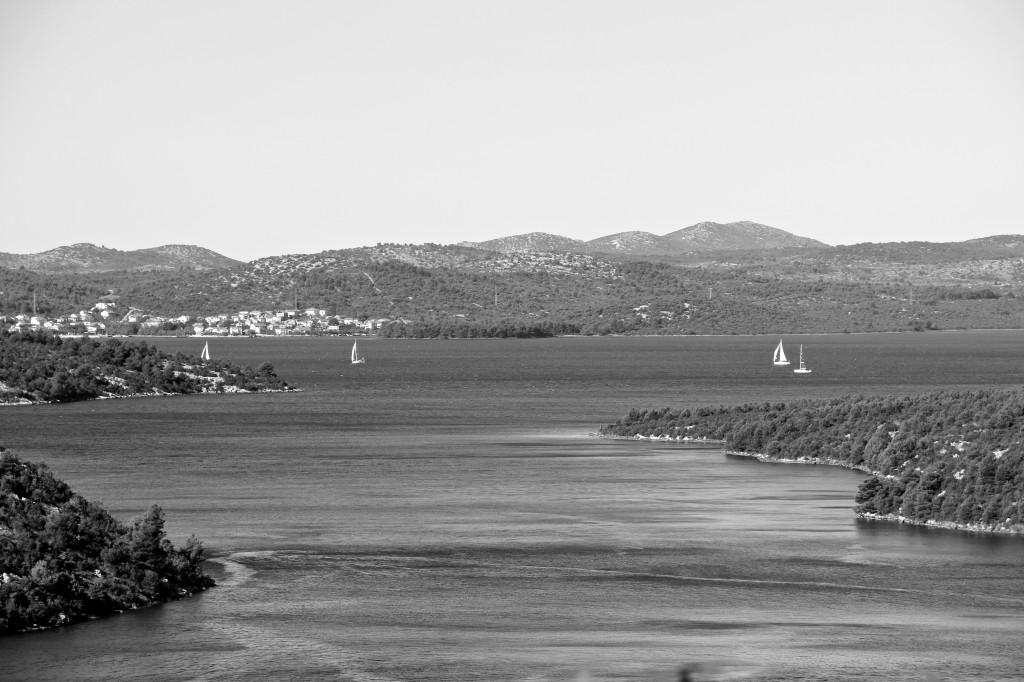 Zadar, the Gem of Dalmatia

Zadar rises up out of the sea like the bones of a dragon. Ivory spears of marble pierce the belly of the Adriatic and rush towards the sun. As an island town it was walled against invasion by rock and water. Today the main town, shoves away its landlocked suburbs with Venetian bridges. Holding itself apart and away from the rushing tide of modernization. The smooth streets honeycomb through Roman ruins, Venetian battlements, and Austrian government buildings, tying it all together in this thing called Croatia. As Tawny I explored the city we tried to drink it all in at once. Each gust of wind off the Adriatic carried with it the heavy toll of church bells and the haunting tumbling notes of the sea organ. The side of the city that faces directly into the sea is shaped like a massive keyboard and houses the city’s sea organ. When the tide rushes against the wall it forces air out through the various pipes and valves and the music flies up into the wind. All of this is framed by the Sun Salutation. A massive shimmering disc, the size of a large living room, is embedded in the marble that juts out towards the water. By day it lies in slumber, gorging itself on the sun. At sundown, it erupts into a dazzling display of colored lights, all chasing one other across its face. It is literally a stage for romance and wonder. 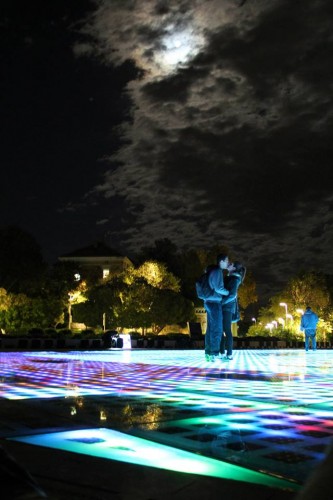 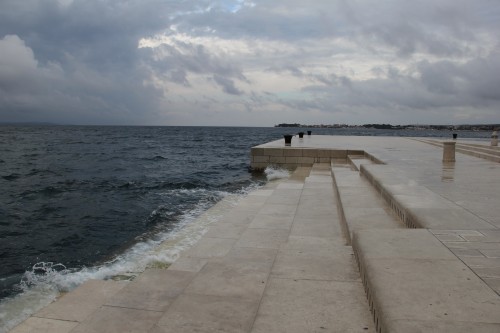 Though Zadar has gone under serious transformations since it was built over 2000 years ago, it still retains ample charm. Personally, I found the maraschino to be a noteworthy discovery. The city is famous for producing a brilliant liqueur made from cherries. The citizens sip it from tiny glasses after a meal. Each sip feels like pulling a length of sun warmed silk across your skin. The liqueur, which almost sparkles in the bottle, is potent but not biting. The cherry flavor is just soft enough that you won’t feel like you’re back in college, drinking Midori sours all night long. Maraschino is so popular that is was once reserved only for the highest class of Venetian statesmen and for visiting royals. The drink was made popular by the merchant Francesco Drioli in the mid 1700’s. While Zadar was under Venetian rule, they were exporting Maraschino as their prized resource. Today you can buy a bottle in town for a reasonable price and really impress your friends at your next dinner party. Then again, if you don’t like to drink the hard stuff, then the cherry juice before the magic of fermentation, is really really good too. 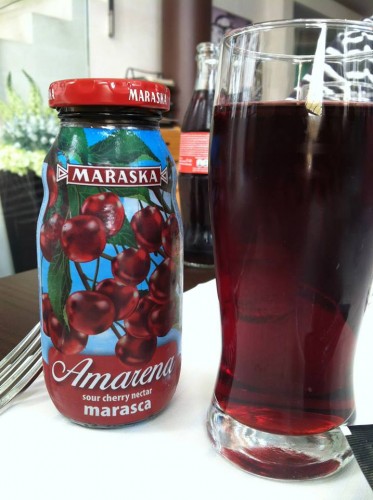 If you do make it down to Zadar, we’d very much recommend the Pillar of shame. Just a block or so away from the very new and innovative Sun Salutation and sea organ are the ancient remnants of the Roman forum. In particular you’ll catch note of the Pillar of Shame. This 2000 year old erection is a massive stone monolith that was used as a form of public punishment. Criminals would be chained to the pillar, in the middle of the forum, and left out for everyone to cast their judgment on them. After anywhere from a couple of days to a month they would be taken down and sent back into society. It’s basically the first form of reality TV, except we applaud the criminals now. Another highlight is the St. Donatus Church. This ancient basilica was built with the stones from the pillars in the original Roman forum and today is the symbol of Zadar. Even though it is over 1000 years old and has survived through several world and civil wars, it stands tall and proud to this day. 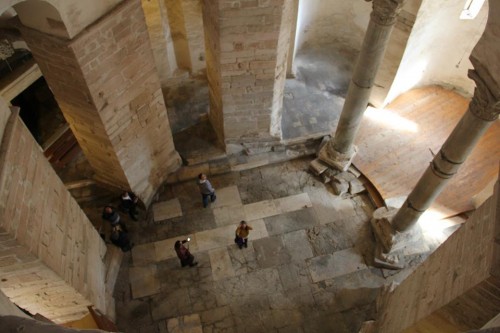 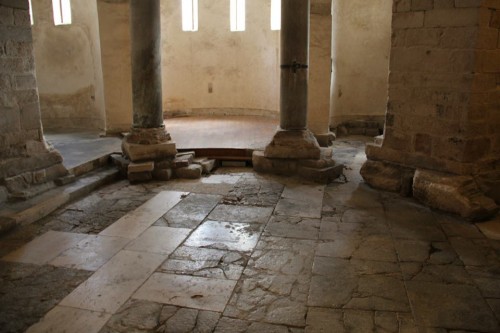 Zadar is truly enchanting. Each street is studded with coffee shops and cafes. You can pull up a chair and sit in the remains of a Roman shop and watch the fashion show as the locals go by. 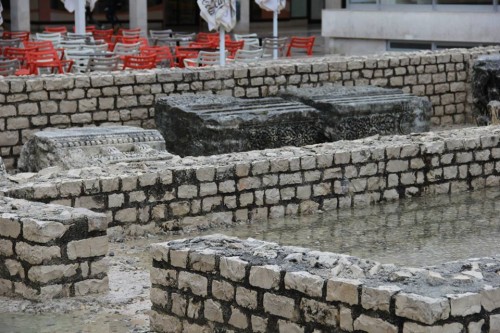 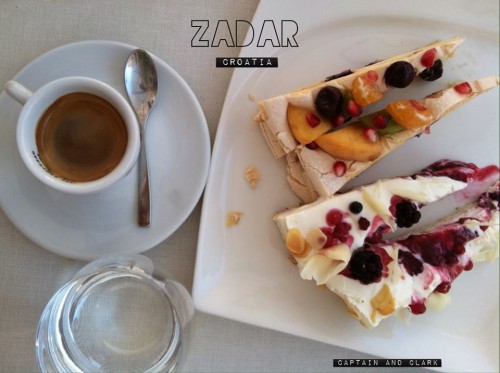 The true crown of the city though is the sunset. If you can pull yourself away from the food and the architecture long enough, you can see what both Alfred Hitchcock and Hemingway have hailed as one of the finest sunsets in the world. All of this, wrapped around the history and romance of a stone city sitting in the sea. It became apparent, very quickly, to me why people fall in love with Zadar so effortlessly. 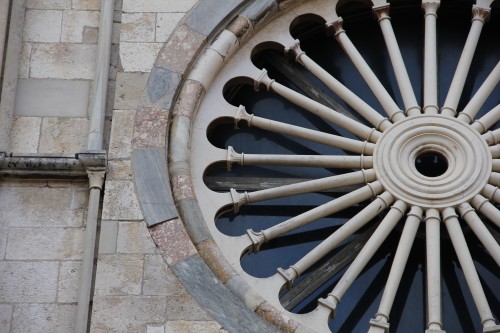 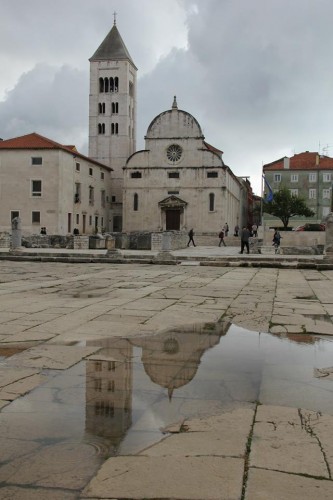 6 thoughts on “Zadar, the Gem of Dalmatia”