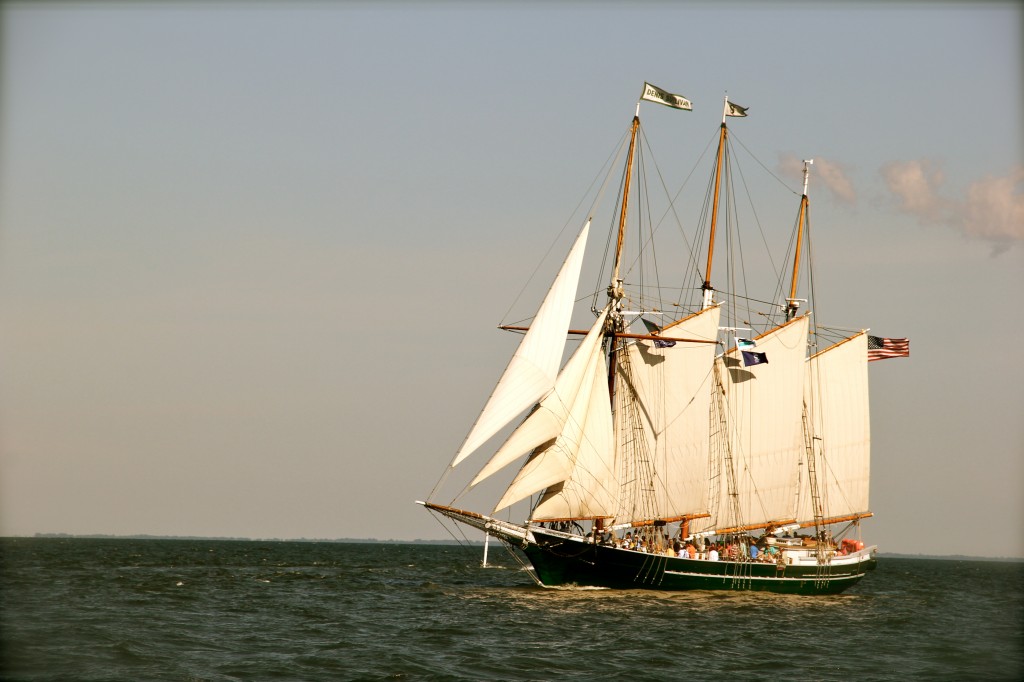 The WABAC or “If we had a time machine”

Currently, the only thing lacking in travel for Tawny and me is a time machine. I cannot tell you just how many times we find ourselves in places around the world saying, “This would have been awesome to see in the past.” While I don’t begrudge our travels in any way, I would have liked to see so much more. If I had the option to bounce back to Stonehenge being constructed, or for the first time someone set foot on the Galapagos, I would be on cloud nine. All of this comes about as we just gorged ourselves on all four seasons of The Tudors as well as the release date for Dreamworks’ new movie, Mr. Peabody & Sherman.

So much of my passion for travel and history as a child was kindled by Mr. Peabody and the WABAC time machine. Tawny and I both had a youth that was promised the glory of time travel. The Time Machine, Quantum Leap, Back to the Future, and Timeline are all show and movie titles that foretold of a better future by allowing us to delve into our past.

As a kid, I always wanted to be able to learn history by living it. The best part of Mr. Peabody & Sherman was that they’d go back in time to get a handle on events. It left me wondering, if I could travel back in time (giving special attention to the fact that I shouldn’t alter the space time continuum, of course) where/when would I go. Thus Tawny and I created this list of our top ten places in time we would want to visit.

I’m not suggesting that Paris was better in the 20’s, I’m flat out declaring it. The wine was cheaper, the lights smokier, and all the fashion top notch. Mix in your gin tumbler with the fact that you could run into Hemingway, Picasso, or Dali on any given night and you’ve got yourself a Woody Allen film. Last time Tawny and I strolled the streets of the City of Lights we could feel a palpable longing for the romance of the 20’s. Whether it was better then or now I couldn’t say, so if I had my time machine I’d gladly do the research to find out. 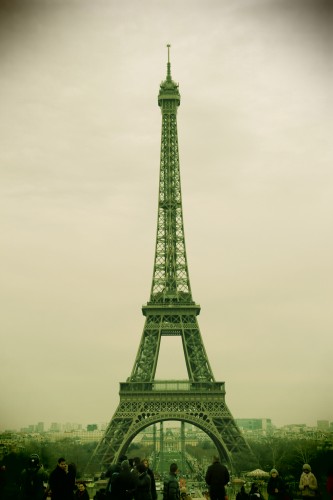 If you want to talk mysteries, then let’s get down to brass tacks–or whatever you use to stick a stone city together at extreme altitude. Being able to spend a day wandering around Machu Picchu at its prime, or better yet, as it was being abandoned, would be worth its weight in Aztec gold. We could put together and entire series of historical fiction that would sit on the top of the New York Times best seller list for months. 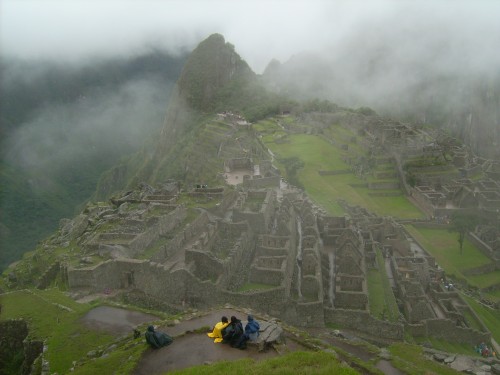 You might be catching on to a bold through-line in these destinations by now. The mysteries that keep you awake at night and seem to get rewritten in every new addition of National Geographic are all the first places I’d want to go. When I was a kid, we were taught that the people of Easter Island brought on their own destruction by foresting all the trees to use as rollers to move the mighty Moai (stone heads) across the island. Today we’re taught that they rocked them back and forth using rounded bases and ropes. Personally, I’d like to believe that they had ancient form lifts. Who knows? Well, as soon as we get back from the past we will. 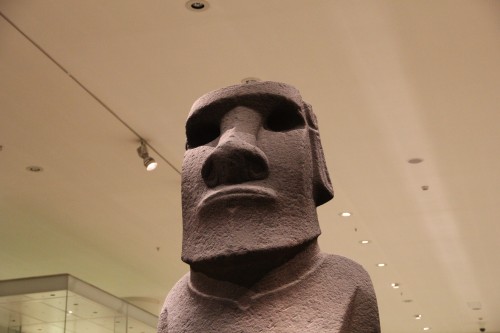 Set your time machine for 2600 BC my friends, we’re headed back to check on the construction of Stonehenge. Being able to jet back and get a fix on what was going on at the time and why everyone was bringing their supplies from so far away would be great. Then again, I’d prefer not to get sucked into the work line. Not to mention, I had to get 6 shots to travel to India. I can’t imagine what I’d need to go to 2600 BC. Maybe we’d just pop in, snap some shots, and scoot. 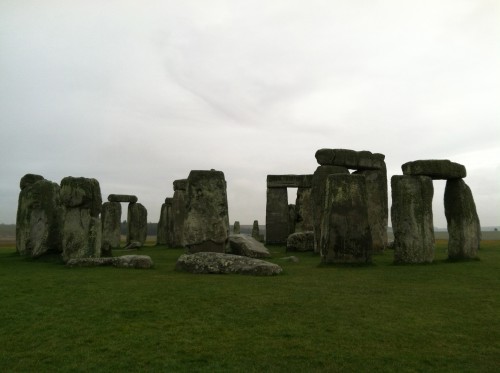 I can’t tell you how much I want to have been able to watch Apollo 11 touch down on the moon. That enterprising spirit is the very essence of what makes us look around the next corner and stay on the road. If we could, we’d jump back in time to be a part of the space race. Hell, we’d even jump on board Apollo 13. After all, we know how it ends. We might be able to offer a few tips and tricks from down in Houston. 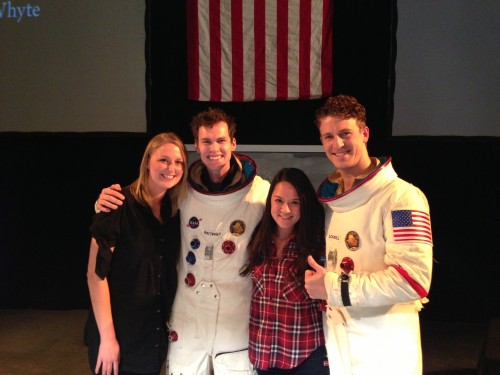 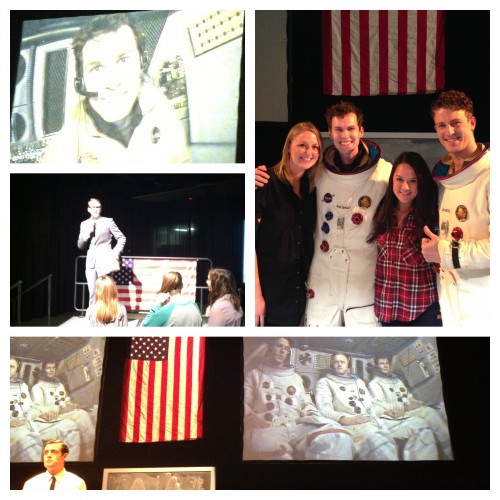 Obviously, as history buffs and adventurers we’d jump at the chance to go back to revolutionary America and be patriots. The question is, would we ride with Paul Revere or challenge the Red Coats in Williamsburg? Or would we fight for emancipation in the fens of New York? Options and more options. Perhaps we’d take the classic choice of being privateers in the US Navy. Ah, glory… 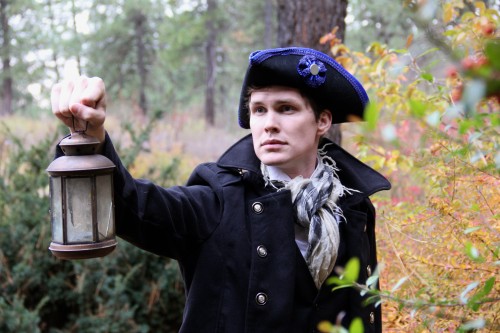 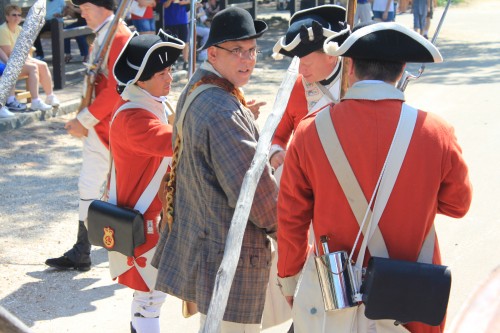 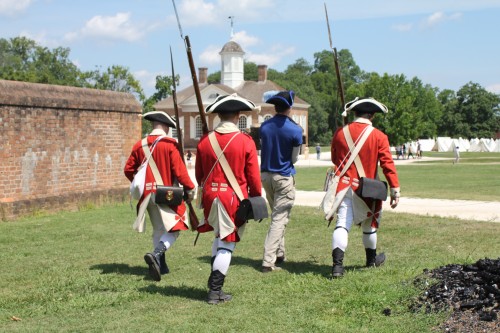 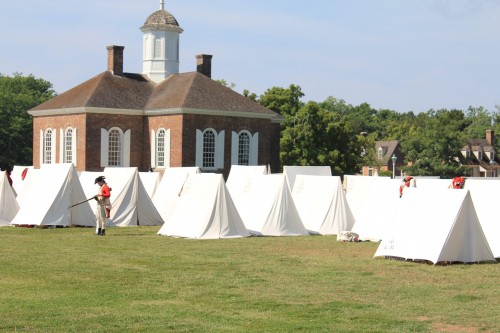 Clark isn’t as excited about this one, but I personally would love to shoot back to Deadwood, South Dakota. The opportunity to play a few rounds of poker with Wild Bill Hickock, or to try my hand at panning gold in a time when it came up out of the river in handfuls, would be amazing. So much American history culminated in the South Dakota territory at the end of the 1800’s. We’d probably have to bring back a Colt 1851 Navy cap and ball pistol. Just like the ones Hickock used. Maybe, if we played our cards right, we could even get a few firing lessons with him. We’re told that maintenance of the firearm is more important than the marksmanship itself. 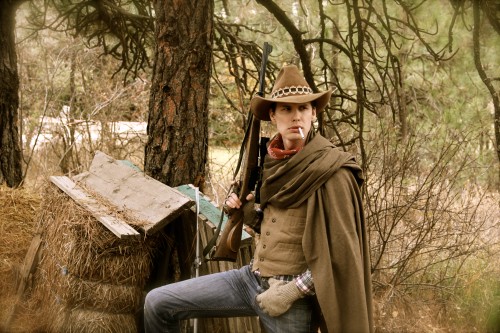 The bounty and unbridled potential of being able to be a free market trader on the the silk road at its height is just too good to pass up. Tawny isn’t particularly fond of camels but I’ve always wanted to strike out on one. Being able to see the architecture and cultures that lined the road from Europe to China would be worth the trip in my opinion. Not to mention, being able to give bolts of silk woven with gold as Christmas presents would pretty much guarantee you a spot in the family’s hall of fame. 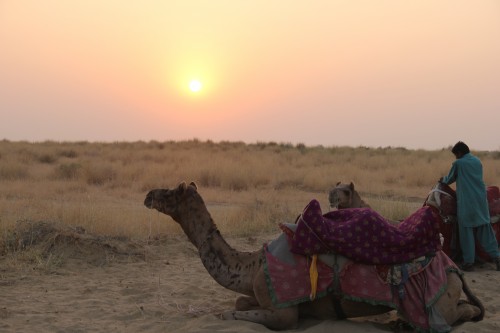 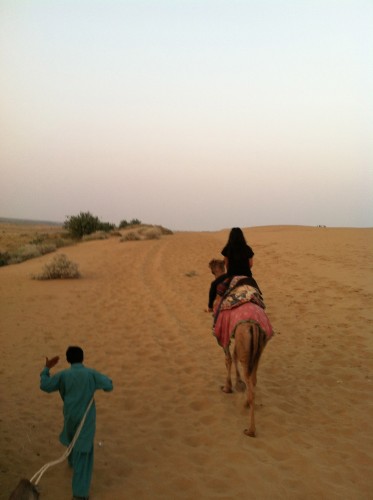 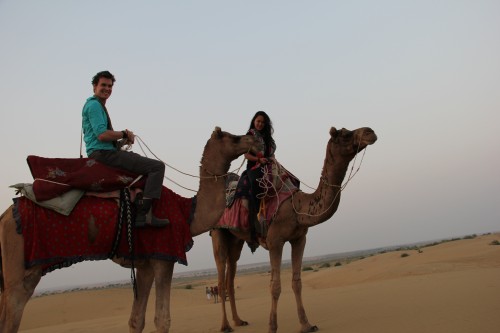 This shouldn’t come as a shock to anyone, but I’m rather fond of the sea. One might even say that I’m in a passionate love affair with the sea. One of my greatest accomplishments and proudest moments in life was being temporary captain of a 121ft Brigantine off the coast of Tahiti. I would give so much to have my own command at the height of naval exploration. Being able to let my 150ft. Gaff rigged schooner slip past the sapphire blues of the Galapagos and out onto the unexplored waters along South America… priceless. Not to mention, I look good in British naval uniforms from that era. Like, really good. 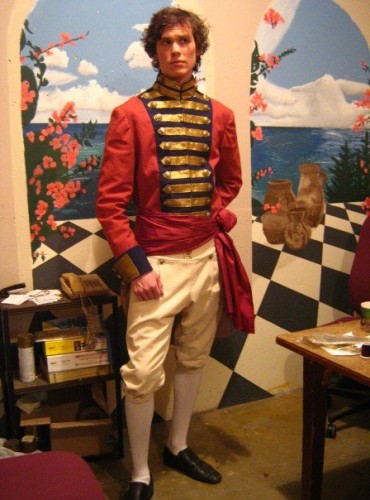 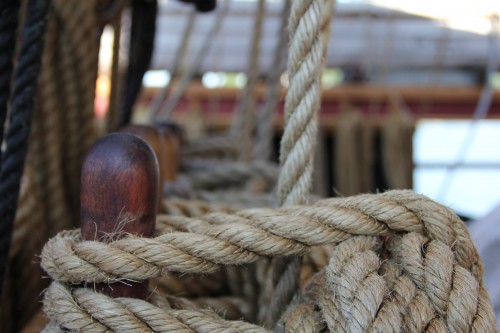 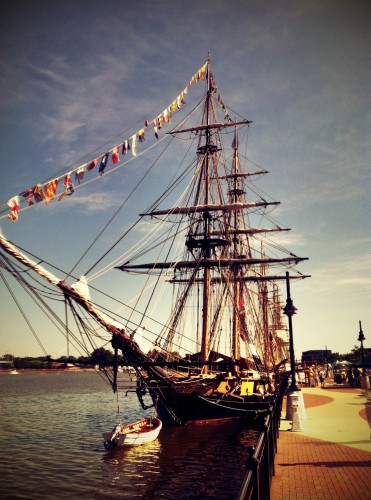 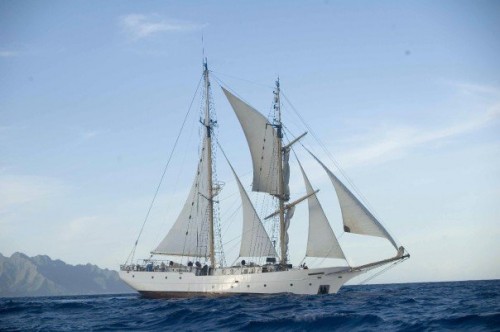 Tawny made the suggestion that we should use the time machine to get the scoop on ancient Egypt. After all, there’s a lot of questions to be answered. As a theatre major, I’m particularly interested in seeing the Abydos Passion Play. This is the first ever recorded play in human history. It is considered the genesis of all theatre in the world today. The play itself documents and displays the life (and in particular, the death) of the god Osiris. It’s thought that the acting was so realistic that some of the actors died of wounds from the stage battles. Legit. If you think watching Dexter on Showtime is visceral, imagine going to the first ever play in Egypt. 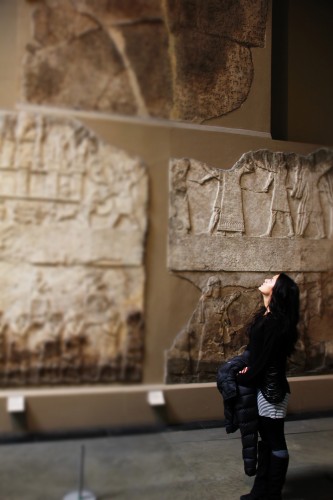 There was so much going on in Eurasia at this time period. Most notably for us is that the seven original wonders of the world were all in tact at this point. The Colossus of Rhodes, the Great Pyramid of Giza, the Hanging Gardens of Babylon, the Lighthouse of Alexandria, the Mausoleum at Halicarnassus, the Statue of Zeus at Olympia, and the Temple of Artemis at Ephesus were all still in their prime. Not only seeing them, but the journey from one to the other would be the ultimate trip of a lifetime. Sign me up. 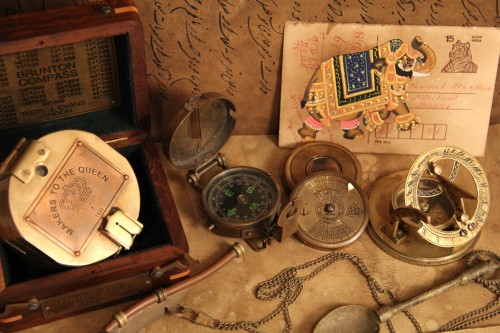 As the countdown to Mr. Peabody & Sherman begins, I’m dying to know, if you could go any when, when would you go? Let us know in the comments below,

Where would you go in time?

As Expedia Viewfinder bloggers, we partnered with Expedia and Dreamworks to bring you this post. If you want to win your own adventure to Greece, France, or Italy, check out the Mr. Peabody & Sherman Travel the World Sweepstakes. Grab your ticket for Mr.Peabody & Sherman in theaters on March 7th.