“This wouldn’t be a terrible way to die.” At least that’s what I told myself as I double checked the resistance of my seat belt. I only just realized my blanched knuckles from the death grip I had on my camera. If this was how I was going to die, it would at least be ..." />
Travel News

“This wouldn’t be a terrible way to die.” At least that’s what I told myself as I double checked the resistance of my seat belt. I only just realized my blanched knuckles from the death grip I had on my camera. If this was how I was going to die, it would at least be properly documented. My loved ones would pop in the SD memory card to see our valiant attempts at staying on the road, despite Mother Nature’s best efforts. Outside of the confines of our rental car, an angry blizzard raged on. A flurry of snowflakes pounded our windshield as gale force winds accosted us from every angle. The road, already too narrow to begin with, seemed to be rapidly shrinking as icy ocean water encroached us from both sides. And while this horrific journey seemed like it was out of a horror movie, it was just another Thursday in Iceland. 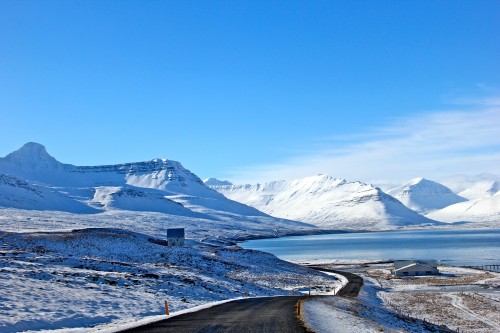 Truth be told, I had asked for this. Not the shocking near death experience, per se, but it was my brilliant idea to come to Iceland in the first place. This country of fire and ice had been on my radar for years. It is a land of Viking lore, erratic volcanoes, and the magical Northern Lights. Just like the Vikings, my party and I set out on a quest to discover as much of the island as one could. The difference was that we only had eight days to do it. And we thought what better way to truly explore a country than a good old fashioned road trip?

We saddled up our rental car, purchased sand and ash insurance, and set off for the towns of Vik, Höfn, and Egilsstaðir, staying on gorgeous farm stays along the way. In Vik we found our bodies pink and pruned from soaking (for over three hours) in an outdoor hot tub, taking swigs of Reyka as we watched the blizzard roll in. We interspersed our boiling with dares of freezing somersaults and snow angels in the two feet of accumulating fresh powder. The town of Höfn welcomed us with (surprise!) another blizzard. We hunkered down in a nearby restaurant and gorged ourselves on the lobster that the region is famous for. Egilsstaðir was the first town to show off a little sun. Known for its local sea worm (think Loch Ness), the town sits on the edge of a sprawling lake with whispers of a nearby elf church. While we didn’t spot any lake monsters or elves, the town did have a sense of magic about it. 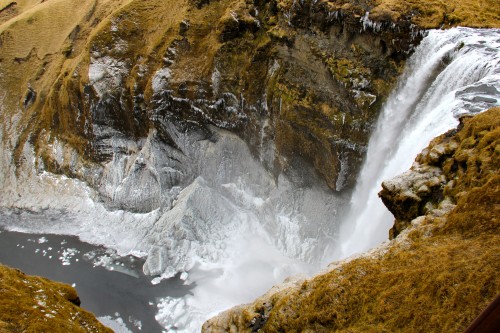 While the towns were incredible, it was the landscape we experienced in between that had us in awe. Is there a word that describes something so beautiful that it makes you want to puke? Because that word would be used to describe Iceland. The country’s landscape looks like it’s straight out of a Tolkien novel. Monstrous waterfalls, bubbling hot springs, and wild-haired horses seem like they’re waiting around every corner. It’s a land of slow moving glaciers and quick tempered volcanoes and if you’re lucky, the bashful Northern Lights might dazzle you with their show across the skies.

Iceland is also a land of magic, a place that seems like it could only exist in a fairytale. It’s a land where elves still exist and monuments of trolls are found around the mountains and valleys. Sea monsters scour local lakes and Viking tombs and lore are found in every aspect of local culture. Don’t believe me? The folklore department at the University of Iceland (because that department actually exists) released a study that showed the majority of Icelanders believe in the existence of elves. Those are my kind of people.

Our road trip to southern and eastern Iceland was a sheer test of bravery and stupidity. The weather could be compared to my cat. Sweet and docile while being pet, but stroke one too many times and you’ll find yourself with claw marks on your arm (or sand and ash damage on your car). Iceland will not be tamed. I think that’s what drew me to the country in the first place. People shouldn’t be able to exist there. Vikings are survivors, a legion of people going against all of their survival instincts to inhabit a land overrun with volcanoes and snow. It’s a country that is weird, wonderful, and frustrating all at once (have you tried to pronounce anything in Icelandic? Not easy). 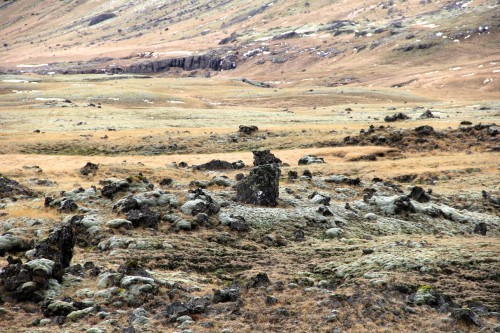 During our eight days in Iceland I learned that to truly enjoy the country, one must embrace it. It’s a country that is transcendent, life changing even.  And while I didn’t want to embrace it to the point of death, perishing in a land of enchantment wouldn’t have been a terrible way to go.