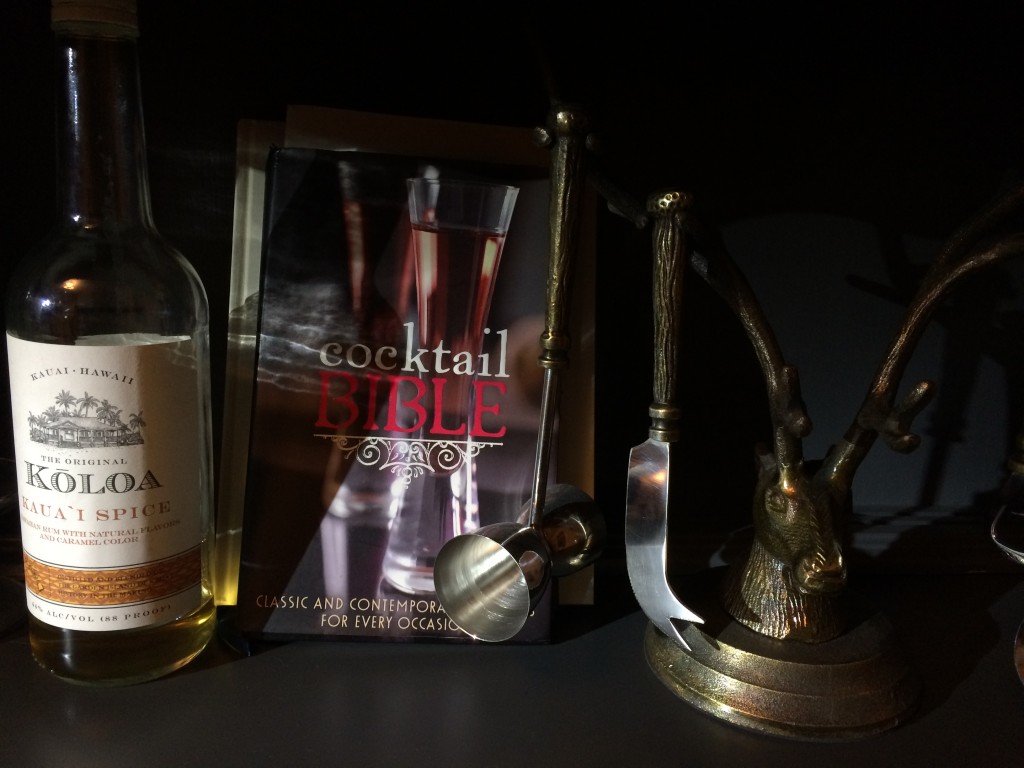 Hey party people! We’re thrilled to introduce our new series on YouTube. This whole thing happened pretty organically but we’re very excited about it. As you may know, we tend to only collect two kinds of souvenirs from our travels. The first being art that we can display in our apartment and the second being destination specific alcohol.

When we returned from our Caribbean cruise, we found ourselves with four big bottles of alcohol tucked in between clothes in Chris’ bag. Upon grabbing said bag from the carousel in Sea-Tac airport, we realized that something went horribly wrong. The bag was sticky and had been stained red. Closer inspection revealed that one of our precious bottles (a hibiscus liquor from Haiti) had shattered and stained everything in the bag a vibrant red. While Chris was mourning the death of his favorite suit, I was blathering about how I no longer was able to make the cocktail that I had been fantasizing about while on the plane.

It was then that we decided to make a series about all the liquor we bring back from our travels along with recipes on how to use them. Here’s how AlcoHAUL works:

Step 1: We introduce a bottle from our travels

Step 2: One of us has to make a delicious drink using the booze and whatever we have in our kitchen.

Take a peek at our pilot episode and let us know what you think. It features delicious Koloa spiced rum from the Hawaiian island of Kaua’i.

What’s your favorite drink that you’ve discovered on your travels?