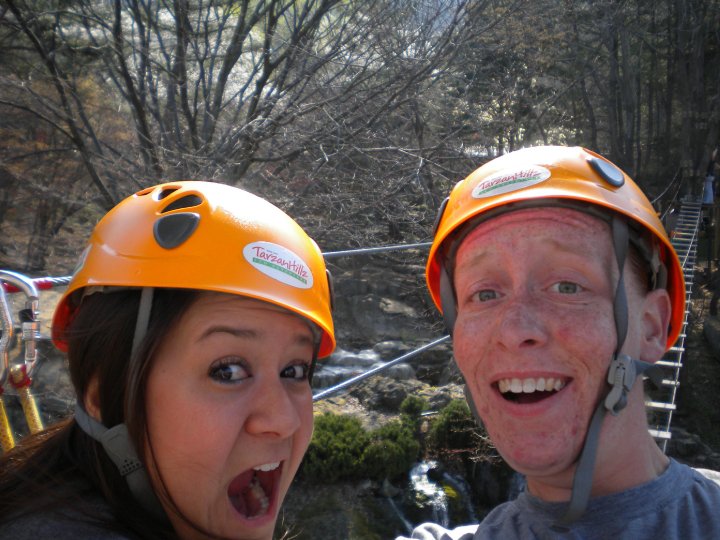 Milestones for a dear friend

Today marks the 29th birthday for a friend that I’ve known for over 15 years. We met in 7th grade math class. She sported her red hair in a long braid down her back with baggy jeans and a boy’s button-up shirt. I wore these hideous red, white, and blue Sketchers platforms that were made popular by the Spice Girls, wide leg flared jeans, and bangs that were sprayed with so much hairspray they were practically glued to my face. We immediately bonded over our mutual distaste for math and also for the too-bright-for-the-eyes muumuus that our math teacher wore on a daily basis.

What started as whispered conversations over protractors and homework turned into a blossoming friendship.

I’m biased, but I feel like our relationship is more dynamic than most. We all change as life goes on and it’s been the same for our friendship. Since those days of 7th grade math we’ve gone through the usual transformations that occur as life progresses. This friend has witnessed my transition from a young girl to a woman. I threw out those Sketchers platform shoes for peeptoed flats. I lost the crazy hairsprayed bangs and wide flared jeans. This friend has been there through every single romantic relationship I’ve had in my life- some good, some awkward, some terrible, and finally the one that ended in marriage.

In turn, I’ve been there for this friend’s many milestones. I watched as Nicole, the redheaded girl with the long braid that I met in that 7th grade math class, researched and discovered what it meant to be transgendered. I watched as she decided to cut her hair and sport a fashionable faux-hawk. I was on the phone as she informed me that she was no longer going to go by Nicole but would like to be called Rusty and would also prefer if I used masculine pronouns. Chris and I watched as Rusty learned who he was and in turn, became the happiest version of himself we’ve ever seen. Most recently, we were on hand to watch as he administered himself a shot of testosterone. There are even milestones that we both hit together. We both changed our names around the same time. I took my husband’s last name as Nicole officially and legally became Rusty.

Today is Rusty’s 29th birthday. And while he’s experienced 28 previous birthdays before this one, I believe that this is the first birthday where I’ve seen him able to celebrate as himself. His true self. There’s been so much that I’ve wanted to write on the subject of Rusty and how much I’ve learned about the LGBTQ community but I will save that for another day. Today, Chris and I just want to celebrate one of my closest friends. Today is for you, Rusty. And while I might have ditched the bangs, and you left behind the name given at your birth, neither of us are too different from those awkward 7th graders all those years ago.

Although we are much better dressed. 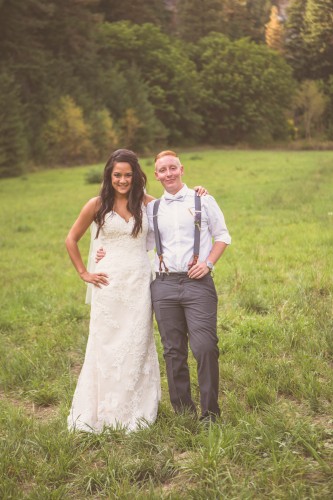 To celebrate the birthday of this dear friend, I humbly ask that you might donate to his YouCaring donation page. The proceeds will go to the top surgery that he’s been saving for. Every little bit will help this deserving friend. To get more info click here.

2 thoughts on “Milestones for a dear friend”