Warning: Use of undefined constant PB_SETTINGS_BG_OPACITY - assumed 'PB_SETTINGS_BG_OPACITY' (this will throw an Error in a future version of PHP) in /home/customer/www/captainandclark.com/public_html/wp-content/plugins/panopress/panopress.php on line 137
 The Results of our Dell XPS-13 Review | Captain and Clark Well, dear Reader, the results are in. We love the new Dell XPS-13. I have to be honest with you all, I really didn’t think I would. I am a hardcore Mac guy, but here I am, with a laptop I love. The weight and the construction are what really set this laptop apart for ..." />
Travel News 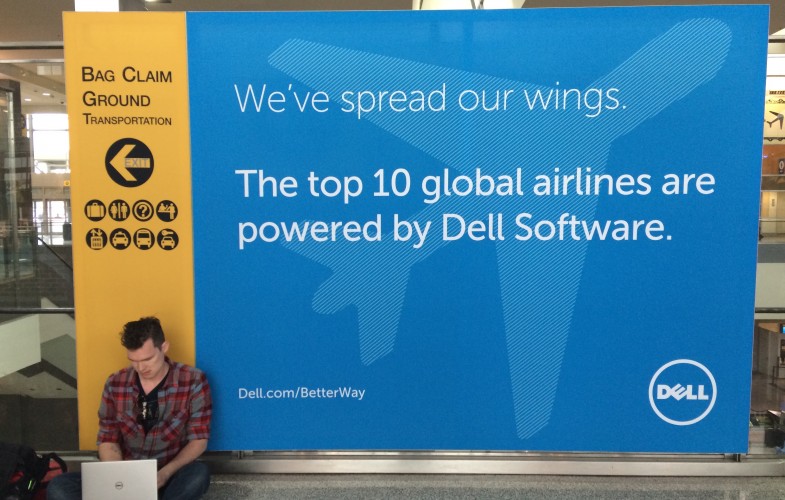 The Results of our Dell XPS-13 Review

We love the new Dell XPS-13. I have to be honest with you all, I really didn’t think I would. I am a hardcore Mac guy, but here I am, with a laptop I love. The weight and the construction are what really set this laptop apart for me.

The stout aluminum construction made me feel really secure when we were on the road with the laptop in the bag. That bezeled edge makes for such a sleek look when you’re working in the airport too. I had no complaints about speed or performance. I did end up working with Corel Video Studio Pro X7 to do some editing on the road.

Bear in mind that I came from working with a fully-loaded MacBook Pro. The two laptops aren’t comparable, just because the sheer power and function of the MacBook Pro is leagues ahead of the Dell XPS-13. However, in comparison to our business laptop, the MacBook Air I found that the Dell XPS-13 performed admirably.

The weight. While it is only technically about a pound lighter than the MacBook air that makes a huge difference when you’re carrying it with the rest of your camera gear all day. I loved being able to stash it in my camera bag on a shoot in Austin recently. It gave me the freedom to pull video clips and photos mid-shoot and work with them, without huffing around a huge pack. The Gorilla Glass screen and aluminum construction felt great in the field. I wasn’t panicking that I would drop it and have my livelihood shatter into a million pieces.

The battery. We flew from Seattle, WA to Austin, TX and worked the whole trip without any incident using the battery. I even packed the new Dell Power Companion, just in case. I never had to use it. We got 16 hours of usage before I had to charge. Hot damn. 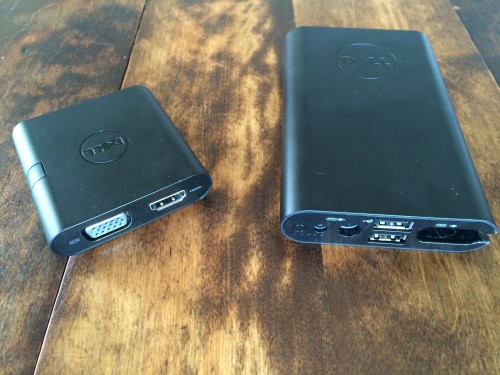 The accessories. Dell got me here, the Display Link is a sweet little device that allows you to use your Dell’s USB Port as a Swiss Army Knife of display options. USB, Ethernet, HDMI, and Monitor displays all plug into the adapter, while you save on space on the side of your laptop. Keeping the size down but the function up. Awesome.

The customization. I would have like more power in the laptop. Our review machine had 8GB or RAM and I really crave the full 16BG. While, we reviewed the 5th Generation Intel® Core™ i5-5200U Processor (3M Cache, up to 2.70 GHz), I know that the Dell XPS-13 can have a 3rd Gen Intel Core i7 and Core i7 Extreme Edition Processors. The customization options available on a PC are always nice.

The display. Wow. Not only was the touch screen fun and useful, but the 13.3-inch UltraSharp™ QHD+ (3200 x 1800) display was stunning. The images were so stunning and sharp that it was like looking at the world with super powers. Of course, that means that you have super powers, and the rest of the world doesn’t. I know this sounds foolish, but editing photos or video on a super HD display isn’t always the best because you don’t really know how it will look across most displays. I know, why would you choose less power? Still, as great as the display was, it wasn’t necessarily a selling point.

It is so hard to open. Since it is so perfectly built from a single piece of aluminum, there is not little catch to help you open the screen. This was the only time I felt unsure about how to use it.

The Windows interface. As an avid Mac user it was hard to transition back to Windows. So much has changed since I used Windows back in 2004. The new Windows tile display is like learning Greek. This has nothing to do with the machine’s performance, just the ever widening gap between Mac and PC. Once I re-learned the system it was nice to get reacquainted with my old-friend, the PC.

If you’re looking for a new travel laptop, you really can’t go wrong with the Dell XPS-13. Especially if you are a PC person. I found it comparable to the MacBook Air in almost every way and a little better in a few ways too. The only test I couldn’t run is longevity. My biggest love for Mac comes from the fact that you can run the same Mac for a decade and never have to replace it. In the past, PCs have a tendency of slowing down and degrading more rapidly. Ironically because they run so many more programs. Eventually the slew of conflicting programs can bog down a PC system, where as a Mac only runs Apple software and rarely runs into performance conflicts. It would be interesting to see the Dell’s performance in three years. The good news is, we have no intention of getting rid of this laptop and would fully recommend buying one.

For the traveler, looking for power, battery longevity, light construction, and sturdy performance, this is a phenomenal laptop.