I’m sitting on the beach, waiting for my SPF 1000 to dry, as I flip through my Dad’s Facebook updates.  He’s on a quest to find our first Staudingers, the Staudingers that came across the Oregon trail and settled in. They made a home in Oregon, a home that led to us. “I’ve never felt ..." />
Travel News 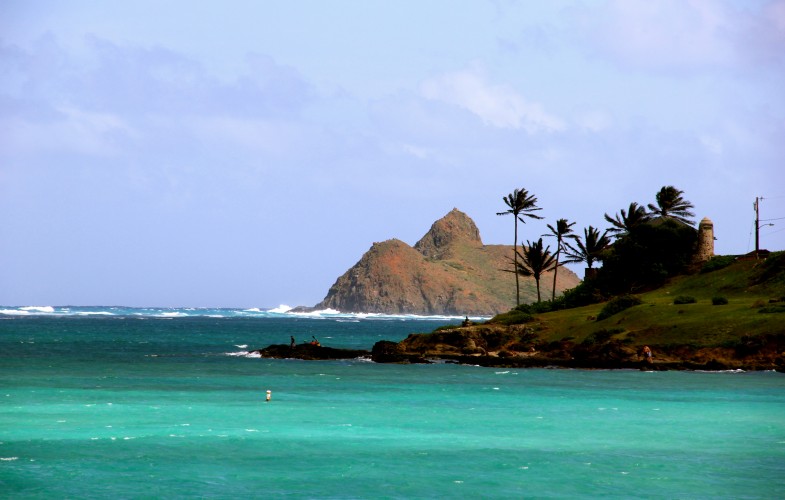 What it means to come back to Hawaii

I’m sitting on the beach, waiting for my SPF 1000 to dry, as I flip through my Dad’s Facebook updates.  He’s on a quest to find our first Staudingers, the Staudingers that came across the Oregon trail and settled in. They made a home in Oregon, a home that led to us. “I’ve never felt so connected to a place,” he tells me on a call last week before Tawny and I flew here to Hawaii. It’s fitting somehow, because as I read his updates I’m about to free dive a reef and look for my first humuhumunukunukuapua’a (Hawaii’s state fish) and ultimately, we’re looking for the same thing.

“She used to talk about her great-grandfather, George, who was the first of her family to come to Hawaii from the Philippines. He was a stowaway on a merchant ship.”

I had never been to Oahu before Tawny came along. I had been to Maui, and docked once on the big island to refuel for an around the world voyage, but never Oahu. When Tawny and I first started dating she always told me stories (mostly about the food) of Oahu, the land of her birth. She used to talk about her great-grandfather, George, who was the first of her family to come to Hawaii from the Philippines. He was a stowaway on a merchant ship. All of these were stories she used to entice me to go with her. It wasn’t until we got engaged that we started to talk seriously about coming to the island together, not as stowaways, but as a real couple. This trip is now my third time to Oahu, and it feels different.

I wasn’t prepared the first time. I wasn’t prepared for how overwhelming the landscape would be. When I thought of Hawaii I thought of beaches but never the sheer, impassible, razor-edged mountains that sever the island in half. You can see all the pictures you want of the Hawaiian islands but it will never prepare you for how sweeping they are. The island of Oahu is divided right down the center by a mountain range. This effectively gives us the windward side (where the predominant winds blow from the Pacific) and the leeward (a calmer and sunnier side) of the islands. Tawny’s family lives on the leeward side. This is where my courtship with Hawaii began.

In so many ways, Tawny and I have a similar lineage. Our people just came to their homelands on different ships. 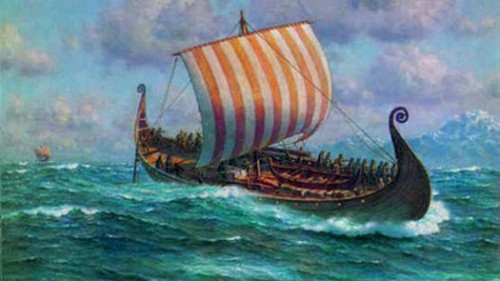 That connection feels important somehow; as if we were two souls that got separated a long time ago and are just now finding one another. That first trip, back in 2013 was a wild ride. Not only did I get to drink in all the majestic and gut-wrenchingly beautiful landscape, but I was able to meet all of Tawny’s family for the first time. Tawny’s dad, a haole like me (“white guy” in Pidgin) warned me that it might be a lot to take in the first time. Tawny herself warned me, countless times, that I probably wouldn’t be able to understand grandpa. Certainly not on the first trip. Maybe not ever.

That was never an issue. The first time I walked through the door, Grandpa hugged me and said, “Wow. He tall. Good. He change all the lights.”

That set the tone for the rest of our relationship.

He never did ask me to change a light. 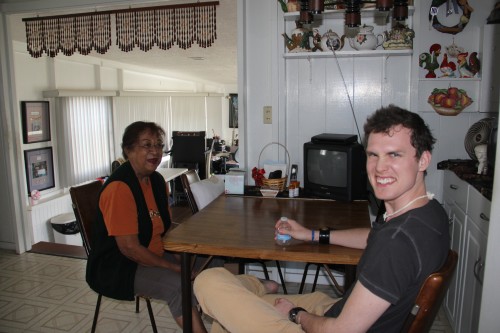 That first morning I got to sit down with grandma. I asked her, “What’s the story of great-grandpa George? I heard he stowed away on a ship and sailed away to Hawaii to escape the Philippines.”

“What you talking about?” she asked me. Shaking her head. “Nooooo, my dad come to Hawaii from outside Cebu, Philippines. My mom was born here on Hawaii, and she had to get married to someone working on the islands so that she wouldn’t get sent back to the Philippines.”

“Wait. What about someone stowing away on a ship and sneaking into Hawaii? That’s what Tawny told me.” I was very confused at this point.

“What you talking about? Sneaking on a ship? Maybe George? George the Loner. Yeah, he came later. He knew the family.”

That’s all it took for my world to be rocked and for Tawny to have to come into the kitchen and relearn her whole family history. We were both enthralled.

That was the pace of the first trip. Me learning Pidgin, “Why do we say, open the light, not turn it on?”

“That’s how it is, yeah,” Grandma says. (You have to add the yeah to the end of most sentences.)

Or I was meeting the family. “This is Aunty Lee,” Grandma tells me.

“Everyone is aunty,” Tawny tells me (a month too late). 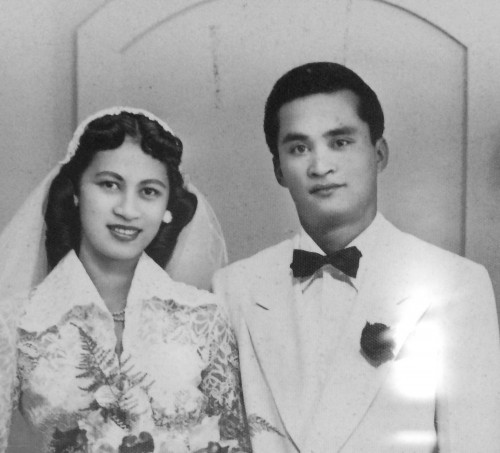 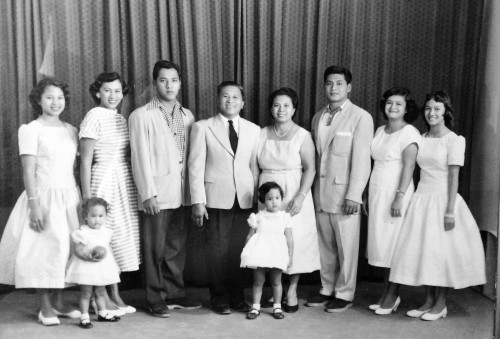 Grandma’s family. She’s the second from the left. You can tell because she always wore a different outfit than the rest of the family. “Pretty, yeah?” she asks when you point her out.

There was exploration. That trip was the first time I would see Byodo-In Temple. The phoenix temple. It’s our little sanctuary, hidden behind a graveyard on the windward side. We go there and feed the koi fish and ring the bell before I light incense for our ancestors. I always try to remember my own grandparents, who formed so much of my narrative today. They never stowed away, but they were pioneers. All of them. Today, Tawny and I go back every time and take the same picture, measuring our lives against the bamboo. Tradition is important, yeah. 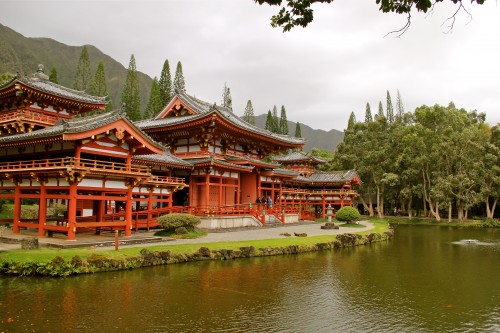 Tawny took me around the house that she knew her whole life. She played the ukulele for us, and took me to the secret beaches of her youth. We roamed the whole island trying to uncover which memories of hers were real and which were fables. 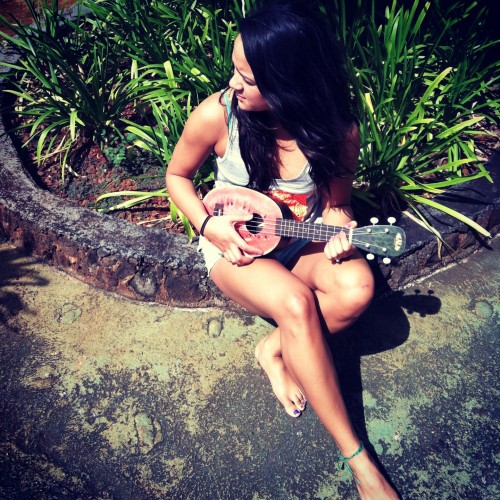 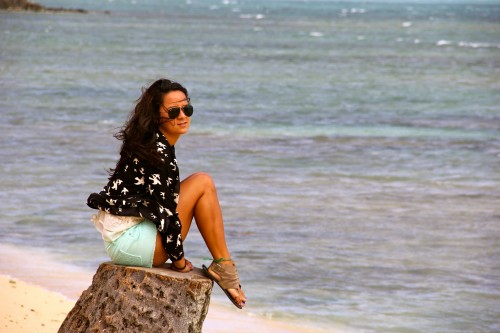 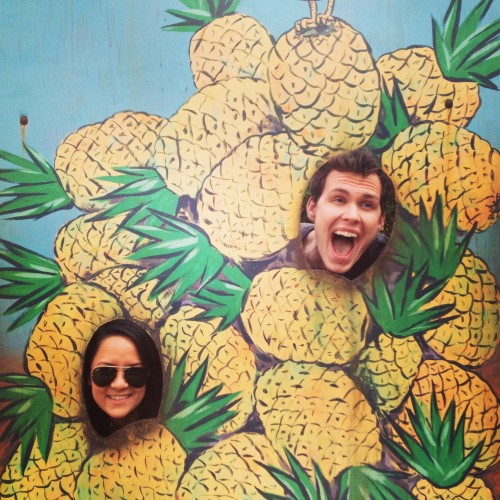 That first trip, I was inundated with Hawaiian knowledge. Uncle Ron (actually an uncle) sat me down the first night to watch The Night Marchers. It’s a film that recounts the legend of the Night Marchers. They are the spirits of ancient Hawaiian warriors that return at night to protect sacred areas on the island. You can tell when they are coming because you see the torches and hear drums. To avoid harm, you need to get naked and lie face-down on the ground. When they see you in submission they will pass on by. Uncle Ron told me that the H3 Interstate was built across sacred ground and that a lot of the old-timers on Hawaii won’t take it, even though it is the fastest way across the island. I laughed a little the first time, but we took the H3 once and our transmission blew out. So, you can draw your own conclusions. 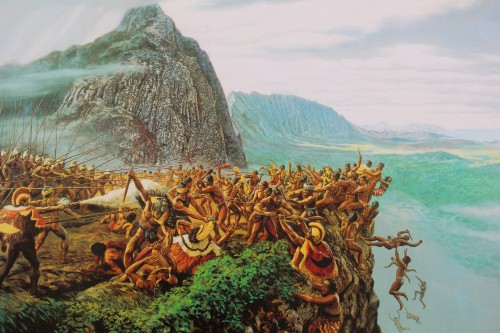 King Kamehameha unifying the Hawaiian islands. Coincidentally he is also driving his enemies off the cliff that overlooks H3 today.

No matter what you think, there is a magic here. You hear it in the way the people talk story about sacred areas. You feel it in the rain on the windward side. I saw it one time, when a group of native Hawaiians got together to roast a pig the old way, buried in the ground, surrounded by heated rocks. They buried the pig in the “imu” outside of a local church. They offered us Heineken and the chance to come back tomorrow and join them in the feast. There is real magic in the traditions and events, like the Merrie Monarch Festival. An annual event where elite hula dancers join together in Hilo, Hawaii and have a three day showcase/competition of hula. Real hula. Traditional hula, the kind that tells stories, and keeps history.

This is Hawaii. I get that now. There was supposed to be magic in the humuhumunukunukuapua’a, but of course, I had never seen one. It’s just fun to say. 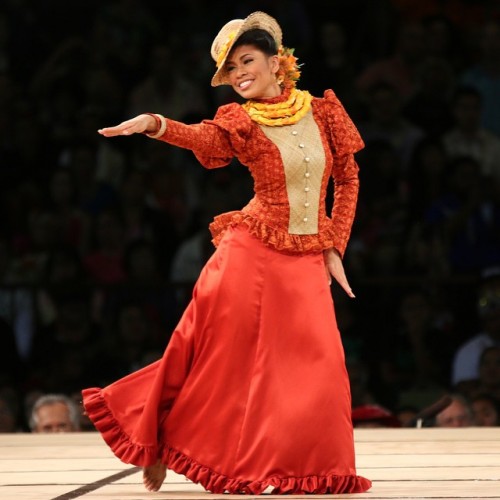 From Merrie Monarch Festival 2015 – Shared from MANA Magazine, via Facebook.

On my second trip back to Oahu, it was for our wedding reception. This time I was in deep. I could speak Pidgin, understand Grandpa, and eat all the raw fish that Tawny still hates (for whatever reason.) Good thing too, since the family came out in force. Everyone who couldn’t make it to the mainland, came to the reception Grandpa and Grandma threw us.

This time, I was really family. I started to recognize the highways, and know which shop sells the best shave ice (it’s Matsumoto’s by the way.) I could tell the windward from the leeward side and knew which one was my favorite. I could tell you why the imu was important and why hula tells the story of the people, or that only men did hula in the old days. Hawaii had somehow become mine, a piece of it did anyway. Or maybe I became a part of it. 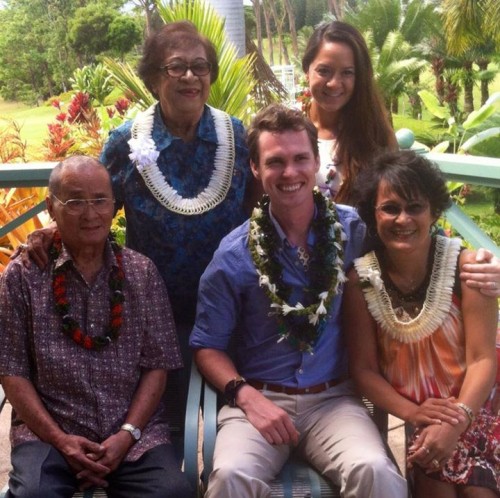 My dad is in Oregon right now, chasing our legacy, our story. He is finding a sense of place. As a counter point I’m here in Hawaii. We went to see Grandpa’s grave site today. He passed the spring of 2014, but I had gotten to know him. I had the chance to carry that piece of him in me, and make it mine. We’re family now. All of us. All of this on the day that I finally got to swim in Hanauma Bay. This was quite the feat, since the weather, or the jellyfish, or the tourists have always been too bad for us to get in.

It wasn’t the perfect water or the labyrinth of reef that made the bay so special today, it was the fish. Deep in a cove on the edge of the blue, where the current ran cold and wild into the sheltered bay, there was a lone humuhumunukunukuapua’a. It was the first one I have ever seen in real life and it was even more beautiful than I ever imagined. It flicked away into the ocean after a bit, but for a moment it wove itself into my story, and maybe I made it into his. 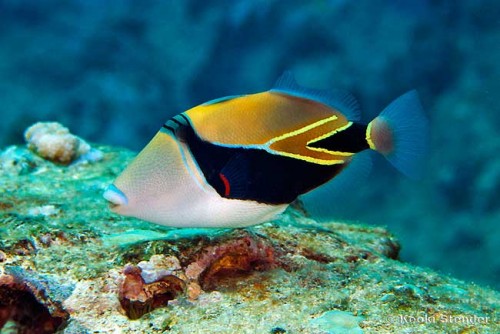