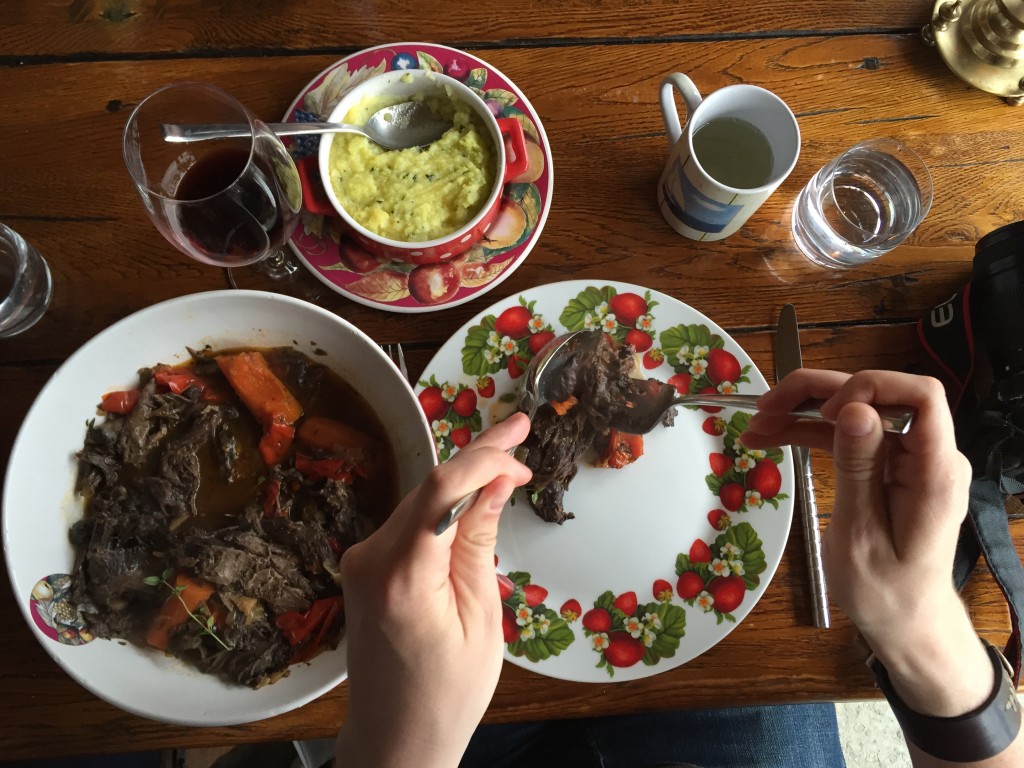 Eating rodent for lunch in Estonia

It smelled delicious. My stomach had started its hangry gurgle over an hour ago and I was more than ready for this meal. Our first course was a garden salad topped with shrimp and white fish. My aversion to all seafood (with the exception of canned tuna), had me quickly passing my plate to Chris before our hosts noticed my lack on enthusiasm for the starter. I had managed to enhale most of the bread and garlic butter that was placed on the table and was anxiously awaiting the main course. From the smell alone, I knew it was going to be hearty and delicious. It was also confirmed that it was meat. 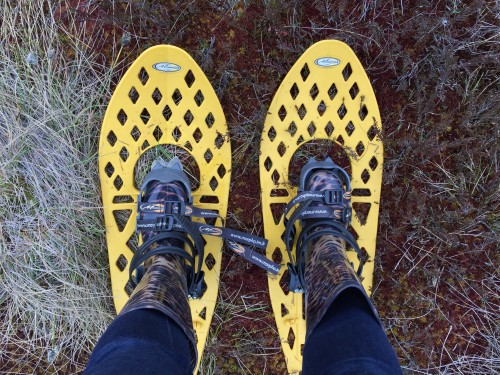 When we initially reached this quirky home restaurant in the remote fishing village of Kolga Aabla outside of Tallinn, I had no idea what we were getting ourselves into. Our group of seven JayWay Travel bloggers had spent the morning walking through Estonia’s Kõnnu Suursoo bog. We sported “bog shoes” or what those of us in the Pacific Northwest would refer to as snow shoes, to prevent us from sinking as we squished and squashed through one of the country’s largest bogs. Our guide pointed out patches of wild cranberries and I happily stopped along our route to pick a handful here and there. And while fresh cranberries are delicious, a hearty meal they are not. 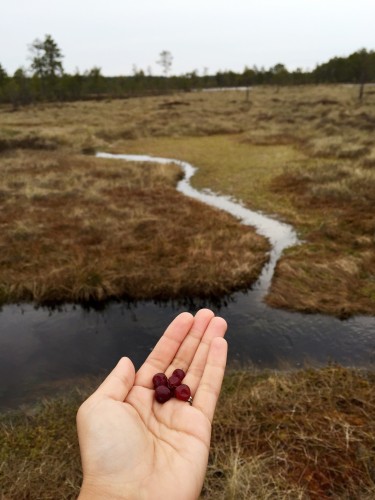 Mer Mer, the home restaurant, is perched on a wide piece of countryside overlooking the Juminda peninsula. Our hosts, Jaan and Merritt, greeted us as we cautiously entered their home. They are an older couple, Jaan sporting a furried, wild brow and pair of white pants that had colorful paint stains dripping down the legs. His partner, a smiling blonde, beckoned us in and helped us hang our damp jackets. A quick scan of the room revealed paintings of the couple in various scenarios. The one below had them looking remarkably younger… and darker. 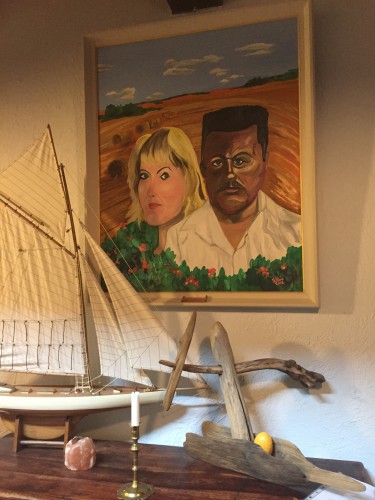 We took our seats around a large rectangular table and embraced the setting. Large glass windows revealed a beautiful water view with rippling waves that chased the distant rain clouds. From hidden speakers, soft rock hits from the early nineties were playing. The interior of the house was beautiful. Exposed beams and a flood of natural light made for the perfect ambiance. Perched on the wall opposite the table was a rather large and elaborate painting depicting the couple and their large bulldog, Hummer, on a grassy knoll. The mister was holding a large staff while his lady was nude and screaming. I struggled to grasp what exactly what happening in the painting before I become distracted by the delicious smells wafting from the open kitchen.

The main course was on its way and was accompanied by personal bowls of butter-drenched mashed potatoes. I peered into the large bowl and saw what appeared to be some sort of meat stew. I greedily scooped spoonful after spoonful onto my plate, looked around to make sure the others had started eating, and then stuffed a hearty helping into my mouth.

It was perfection. The meat had to have been boiling for hours and it practically melted in my mouth. The mashed potatoes? Heavenly. Merritt stood at the head of the table, just in front of the bewildering painting of herself, with a sly grin. “Do you know what you’re eating?” she asked. The seven of us peered up from our plates and silently shook our heads. “Go ahead and take a guess.”

We cautiously submitted our guesses. With each one Merritt shook her head. “No, it’s smaller.”

“Well, crap,” I thought. It was clearly red meat… but what is something smaller that is also edible? We couldn’t be eating rat, could we? It was that thought that eventually led me to the correct answer. Something bigger than a rat and clearly more delicious.

“Is it beaver?” I ventured.

Merritt smiled and nodded. “What do you think?”

Well, it was delicious. So delicious that I helped myself to another scoop on the spot. Apparently, beaver meat is one of the cleanest as the mammals, only eating tree bark and foliage. And it tasted like it. There wasn’t the game-y flavor that typically accompanies foreign meat.

Of course, inappropriate references and jokes followed all through dessert, but it was definitely an experience that I’ll never forget. Or probably ever replicate. Because as Laura from Travel Addicts stated, “When does one eat beaver to Phil Collins?”

This day trip was arranged for us by the Estonian Tourist Board, during our tour of the Baltic States sponsored by JayWay Travel. As always, the thoughts and opinions expressed in this post remain our own. Be on the lookout for more posts from our trip and be sure to check out our instagram account (@captainandclark) to keep track of our travels.

21 thoughts on “Eating rodent for lunch in Estonia”