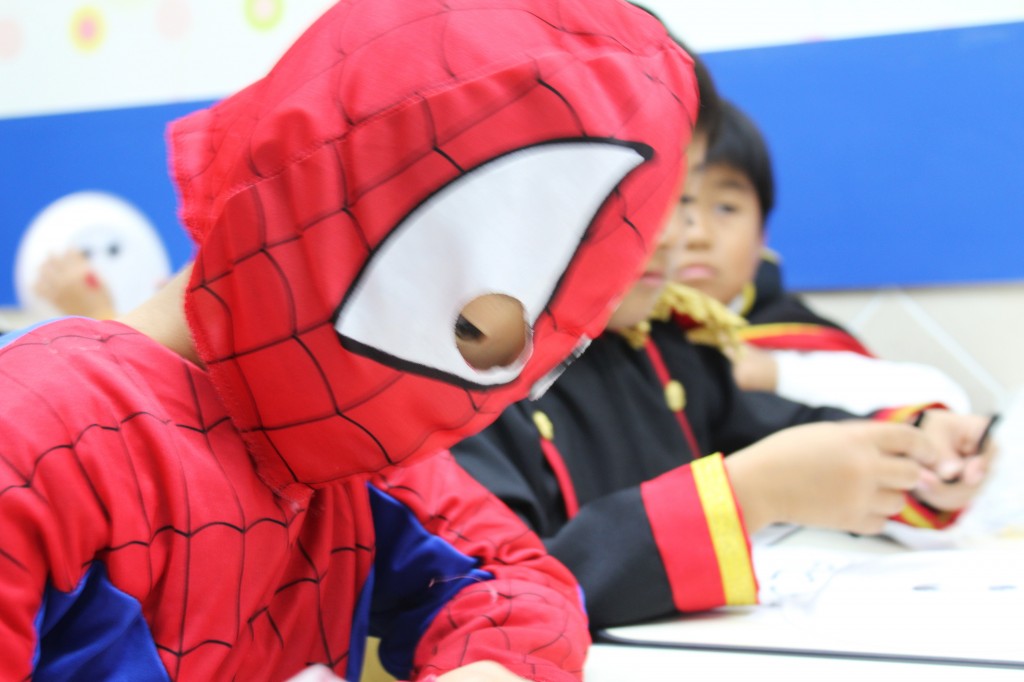 As you may or may not know, Chris and I spent two glorious years teaching English abroad in South Korea.  It might have made me age a few (see: hundred) years, but I shared a good amount of laughs and tears while we were in our little town of Pohang.  Kids rarely hold anything back, and it was no exception when it came to our Korean students.  They could be sweet, innocent, and exceptionally rude all with the same sentence.

While in Korea I kept a small blog for family and friends where I wrote down “daily gems” aka funny/mean/ironic things my students used to say.  Today I shuffled through some of the old gems and could barely contain my laughter.  I decided that they were too good to keep hidden away.  Things like these need to be shared.  I’m going to do them in installments as one might burst a spleen or soil one’s pants by hilarity overload.  You can thank me later.

March 19, 2011
Today Annie and I were discussing the characteristics of mammals.  We went over the facts that mammals give their babies milk, and that they have fur, ears and teeth.  I was quizzing Annie on different animals and asked, “Well, is your dad a mammal?”  Annie responded with, “Yes.  My dad is a mammal because he has many, many, many fur”… as she points to her crotch.

Gross?  Definitely.  But I couldn’t stop laughing for about 10 minutes.  She’s funny, that one.

January 13, 2011
My 3rd graders had their language arts pop quiz today and the word “shiver” was in one of the answers.  Now, the way that Korean children pronounce “shiver” makes it sound more like “shibal” which is an extremely bad word in Korea.  This whole coincidence led one of my students to ask me to tell them naughty words in English.  I gave the usual speech about how they shouldn’t learn them because if they go to America and say bad words people will cut off their fingers one by one.

Sweet and quiet Clark was sitting in the corner concentrating pretty hard.  You could tell that he was desperately trying to remember something.  I saw a light bulb go off and he eagerly raised his hand and asked, “Teacher, son of a bitch?”

Don’t know where he learned that.

January 24, 2011
Today in class we were going over our new vocabulary words.  One of the words was “kidnap”.  I asked the students if they knew what it meant. Jenny explained, “Teacher, kidnap is like “Andy come in my van and I give you candy“.  That is kidnap“.

Poor kid. I knew what he meant. First, he meant to spell shirt. Second, with Korean grammar and it’s structure, he was pretty right on. He meant to say, “The big black bug is on Sally’s shirt”. Still, do you know how hard it is to stifle laughter when you get something like this?

Me: Louis, where were you last week?

Man, they were funny.  I never thought I’d say it, but I really miss teaching the little guys.  They must miss us (well, Chris at least) too since he even got a few birthday letters from them! 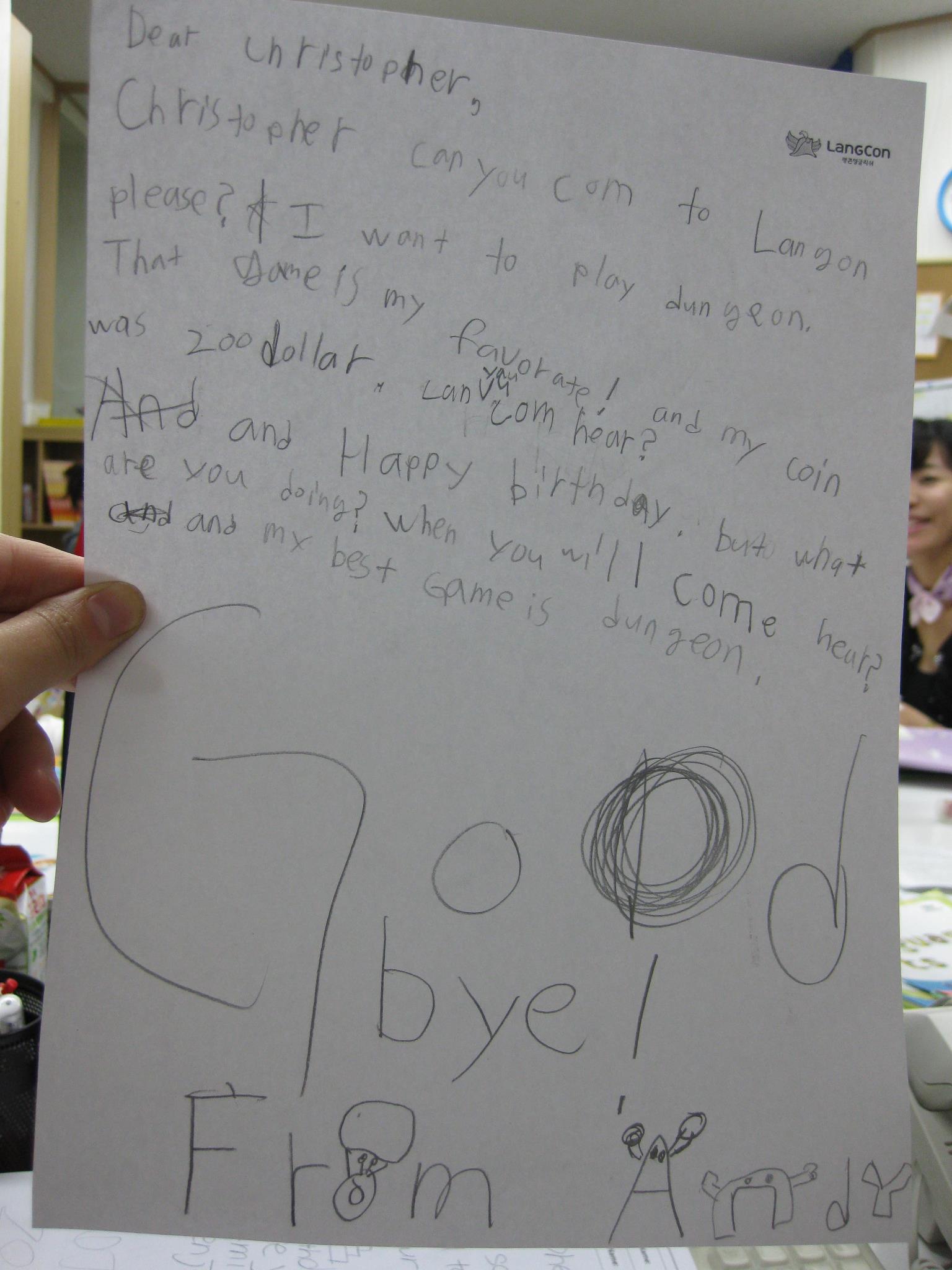