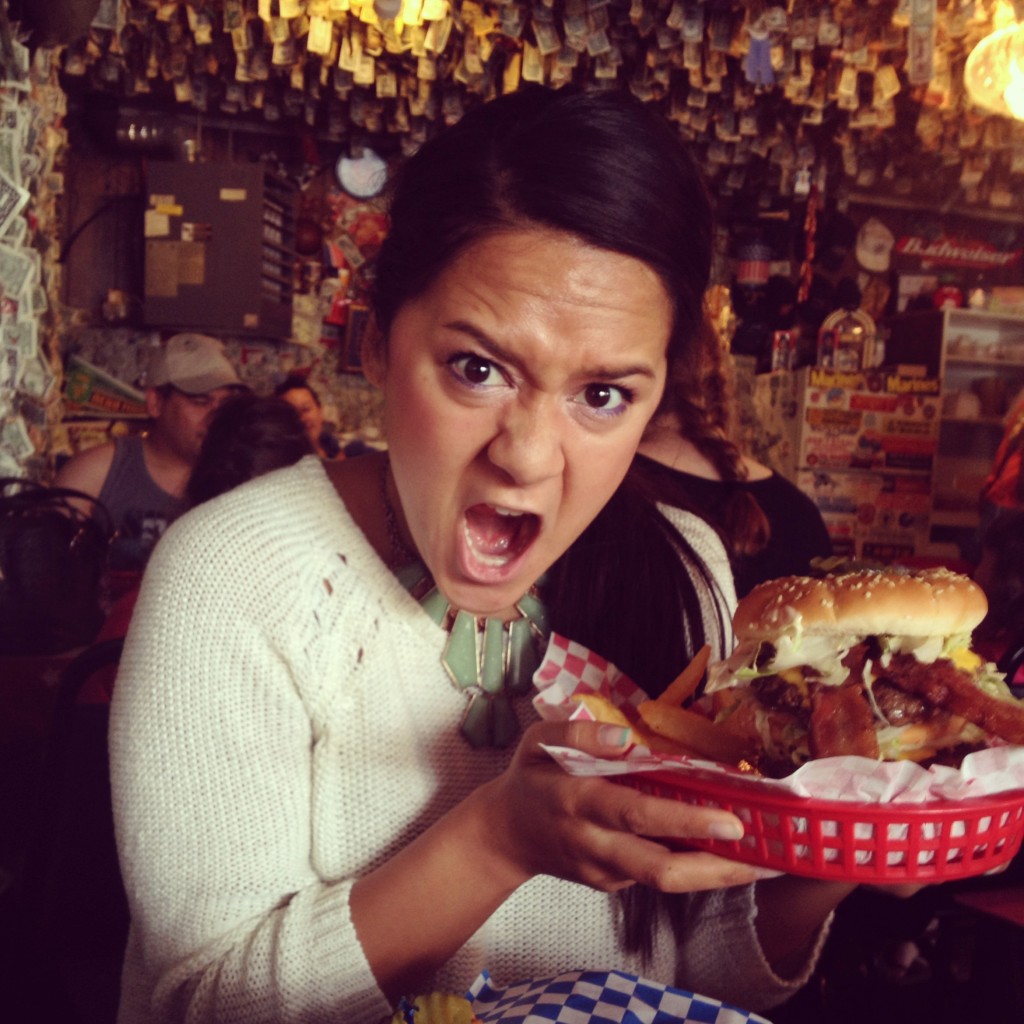 It shouldn’t be a secret that Chris and I enjoy experiencing a destination and culture through food. 2013 was a great year for us and we were able to see so much of the world. It wasn’t easy, but we’ve narrowed down a few of the best things to grace our palates from the last 365 days. Here’s to hoping that 2014 is just as delicious! 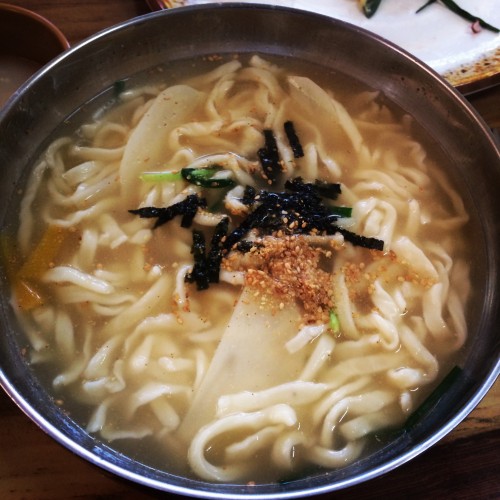 I’ve been dreaming about this dish ever since we left South Korea. The magic is in the broth. From what we translated from our Korean Hapkido Master, this particular soup (served from a shack in the countryside outside of Pohang city) is made from hand cut noodles and a broth that simmers and cultivates for hours. To be honest, I wasn’t a huge fan of the soup until I tried it with kimchi. The sharp taste of the fermented kimchi give the kalguksu an added layer and depth. The only downside to Kalguksu is that it cannot be duplicated. If we want to enjoy it again, we’ll have to head back to that hidden shack in the countryside. We’re already looking at airfare tickets. 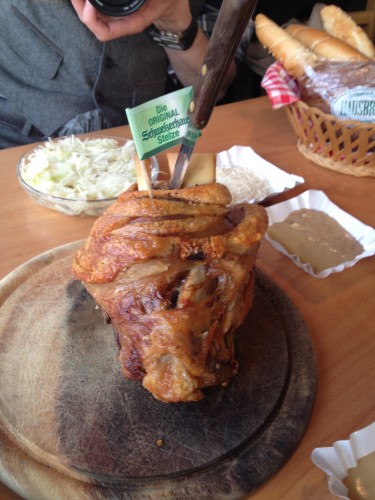 We made a new friend in Vienna. Doris, a talented local photographer, took us under her wing during our stay in the beautiful city. She not only took stunning engagement pictures of us, but she also treated us to one of the most delicious meals we’ve ever encountered. After a day spent wandering the iconic Prater, we stumbled into the Schweizerhaus for a cold beer and a few local snacks. Forsaking the traditional schnitzel for something a little more adventurous, Doris ordered up a crispy pork knuckle. Paired with mustard and fresh horseradish, every bite backed a flavor-filled punch. Pound it.

The numerous patisseries that litter Paris’ streets most likely offer this mouth watering pastry. Think of a flaky croissant with luxurious dark chocolate folded within. I had one every single day. This is not an exaggeration. My advice is to pick one up in the morning as it will be fresh out of the oven and still warm. The gooey melted chocolate makes every single bite taste deliciously sinful.

Buda and Pest might be two separate towns, but they each have something wonderful in common. That, my friends, is goulash. This dish is the perfect thing to enjoy while perusing the streets of Budapest. Warm and hearty, this stew is ideal when battling Budapest’s winter chill. The goulash pictured above came from a street market that we happened to stumble upon. It came in a bread bowl, which is awesome because bread is carbs and carbs are delicious. 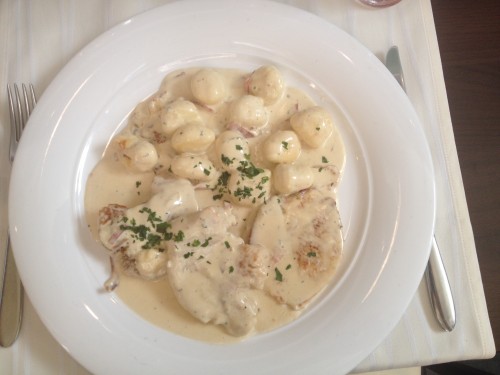 Light and fluffy gnocchi in a creamy gorgonzola sauce is the epitome of comfort food. Croatia, one of our favorite countries, stole our hearts not only with its stunning landscape and friendly people, but also with its decadent and varied cuisine. This particular dish was something I tried on our first night in the country and it only got better with every time that I ordered it. The meal in the picture above came with turkey medallions and the gnocchi was so perfectly cooked that I didn’t even have to chew it. 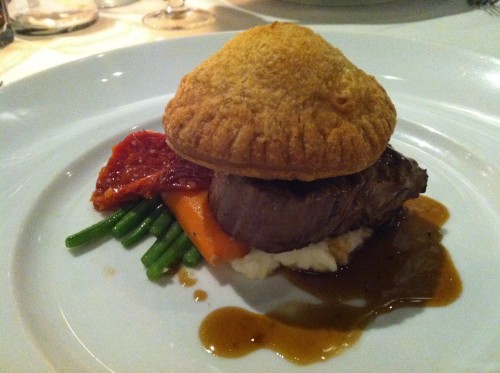 Feast your eyes on this beauty. The brainchild of the talented Chef Chai Chaowasaree, this dish tickled our taste buds into a fit of glee. This deconstructed beef wellington is composed of a perfectly cooked 9 ounce filet, baby vegetables, mashed potatoes, and mushroom foie gras truffle puff pastry. One thing you wouldn’t guess from the decadent taste of the food at Chef Chai is that he cooks without butter (excluding a few desserts). This gave us the relief of being able to indulge with a little less guilt. Every bite was insanely delicious.

What were your favorite meals from 2013? Let us know in the comment section below.