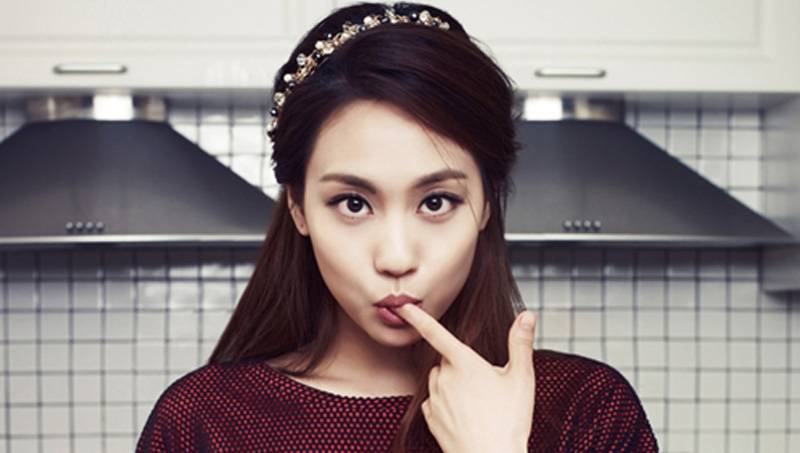 K-pop, or “Korean Pop” is a huge movement of popular music originating in the Republic of South Korea.

The world of K-Pop is an ever-expanding universe of pastels that is rapidly flying across the Pacific like a tsunami of culture and miniskirts. In case you have no idea what K-Pop is and you’re looking for a taste then you’ve come to the right place. The following is an easy to digest summation of my favorite K-Pop videos that are floating across the YouTube’s these days. Brace yourself, and if you are an epileptic get your meds ready. If you’re a patron of Americana grassroots music scenes and think that the Eagles were the purest form of rock music then I’d urge you to keep and open mind or get super drunk on your locally distilled bourbon before watching.  The following is the most jaw-dropping culmination of hip thrusting and shimmering Asian culture to come out of the ROK. 시작!

EXID has burst onto my radar lately and really upped my expectations for K-Pop quality. Their diverse sound and fun attitude never leaves you wanting. While I’m personally a huge fan of “Up & Down” I suggest the casual viewer start here with “Everynight”

The haunting vocals and simple themes of our new favorite, Lim Kim, (not unlike Lil Kim, but wholly different) are going to set you up for success. She not only plays off the tender heartstrings of love and the thrill of a new romance but she adds cats to her music video so it’s win win.

SNDS, or Girl’s Generation, takes everything I love about K-Pop and distills it down to a perfect music video. It has a catchy upbeat pop rhythm, astoundingly bright colors, romantic revenge, a syrupy feeling of nostalgia for a time and culture that never existed in Korea, and like, I dunno, a dozen members.

CL, the former front woman for 2NE1, has blazed new trails with her solo career. The multilingual song writer and rap super star has led the charge for women in the music industry. She has a sharp sound and an uber-aggressive attitude that is both edgy and topical. She manages to set the bar for other K-Pop artists again and again. Her new single, Hello Bitches, is an excellent example of her dedication to her craft and her unapologetic rap anthem to the world as she steals the genre back from a primarily male industry.

On the complete opposite side of the spectrum is Sistar. A four girl group that essentially specializes in catchy and fun summer anthems. Their latest, Shake It, is probably so of the most fun music Korea has ever produced. It’s hard for me to skip past Touch My Body though when it comes up on my super specialized playlist. It is the culmination of what so many people love about K-Pop, sex appeal, bright colors, and just enough Konglish to get stuck in your head for all of eternity. It truly bridges cultural gaps so flawlessly that it even made it into a recent episode of Family Guy. Which, let’s face it, is the cultural and social barometer of our time.

IU gives us a refreshingly candid and lucid song about being 23 and trying to discover yourself as an individual. It’s essentially the equivalent of Taylor Swift’s “22” but with even more depth and a drug induced Alice in Wonderland motif. My favorite line is “Pretend to be a fox that pretends to be a bear that pretends to be a fox.” I know, it strays from my usual selection of mild violence and dangerously short skirts but it is an unexpected sink hole of depth. Try it. You might like it. Also, be sure to click the CC to “subtitle” unless you find your Korean skills are up to snuff. It’s worth it.

MissA has probably the most lovable collection of artists the K-Pop world has ever seen. With each new uber-catchy anthem of women’s empowerment that single-handedly defend the reputation of the ROK and win the battle for our hearts. Their latest track drop, “Only You” is essentially the journey of four women trying to catch the eye of their love, despite their city being full of pig-headed little boys and peeping toms. I honestly don’t know. However I guarantee that they’ve tapped into an acid induced level of Jungian truth and symbolism.

Ailee, as I’m sure you know, has a permanent spot on the shelf of my heart. This American girl found her way to stardom when Korea scooped her up and turned her modest dreams of YouTube fame into a K-Pop fantasy. Not only does she hold the magical powers of psychedelic colors and sick beats but she (unlike her other K-Pop contemporaries) has a strong and pure voice that could launch a thousand ships and burn the topless towers of Illium. Indulge your senses.

I really have no articulate justification for this one. It’s all in the name.

Red Velvet is my wild card for today. If you’re looking to get a fix on the K-Pop craze, this retro feeling video will give you a pure dose of k-Pop straight to the dome. If you’re not hip to the trend of only wearing one stocking color coding your group, then this is all you need to know.

Are you a K-Pop aficionado? Let us know if you think we made the mortal sin of not mentioning a K-Pop band you love.