The Columbia Expedition is the story of a Father and a Son exploring a river by sail kayak – and in the process – discovering their own histories. The mini series will document the river and it’s communities, reflecting on what they are, and how they’ve changed.

The Columbia Expedition is an ambitious project to follow the Columbia river from the Canadian border to the Pacific Ocean by sail kayak. The Columbia is the life line of the Pacific Northwest and has been since the days of Lewis and Clark. With it’s head waters originating in the Canadian Rockies the river runs through two countries, borders two states, and has over 12 hydroelectric dams.

As we sail along we will encounter all of the diverse ecosystems of Washington State: barren desert, wind swept plains, lush rain-forest, marshlands, and the stubbled pine mountains of Northern Washington. The Columbia is more than just an essential provider or power and irrigation, it’s banks are also home to various Native American tribes. It is a dark and powerful story that has been told for centuries pouring it’s final lines into the Pacific Ocean.

Our objective is to:

Chart the Columbia and the many parks and sights along the way that make the state of Washington one of the finest places for outdoor recreation.
Explore the untouched and wild parts of the river as well as the cities and towns that have grown up around it, drawing their history from it’s waters.
Entertain as we follow the journey and misadventures of a father and son travel with their long-time family friend in sail kayaks. It’s a race against the elements and a trial of will as we attempt to find shelter and safe passage along the river. 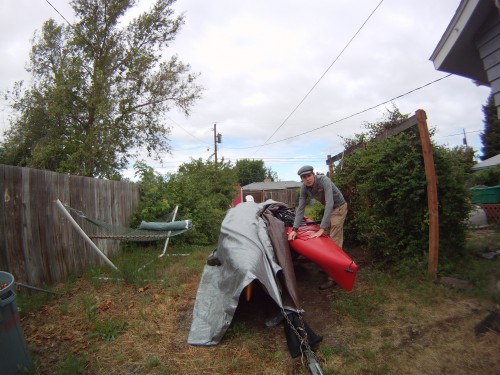 As we make the final preparations it’s time to get in the zone. With massive amounts of debris in the river and record flooding the first leg of the journey will be the most dangerous. As we set off past Kettle Falls and down towards the mouth of the Spokane river we need to be wary of confluences and currents that will upset our kayaks.

Luckily both Ken and my padre, Michael, are avid outdoorsmen and I have several years of sailing experience. We’ve also made sure to bring all of the safety gear and equipment that we could without sinking the kayaks.

On top of all of this is the knowledge that kayaks are far more buoyant that canoes. Still, any river (especially the Columbia) deserves respect. We will be approaching with caution and health heaps of that very respect that saves lives.

Over the next ten days Tawny will be relaying our updates as we work our way down the river. As soon as we get to Grand Coulee dam we should start encountering warmer weather (higher than 45* please…) and less unbridled waters. 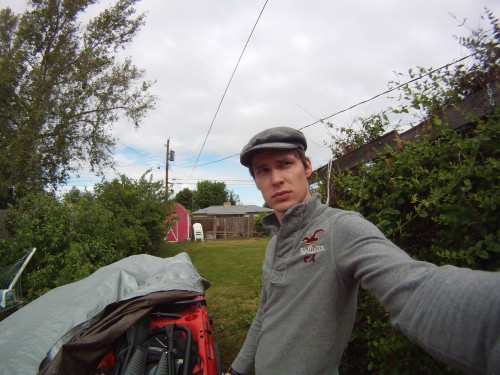 My breath feels electric as we get closer to putting the kayaks in the water. This will be the realization of a longheld dream. It feels like an eternity ago that the little seed of inspiration took root in my mind, “sail the Columbia,” it whispered.

Today that mantra roars in my mind, having gained speed and velocity over years. Little tributaries have poured into a concentrated flow of zeal. Not unlike the Columbia itself, my desire to follow this river has been fed by a thousand tiny streams of experience.

Today we head out, piloting for the unknown. Navigating waters that we know only in our imaginations.