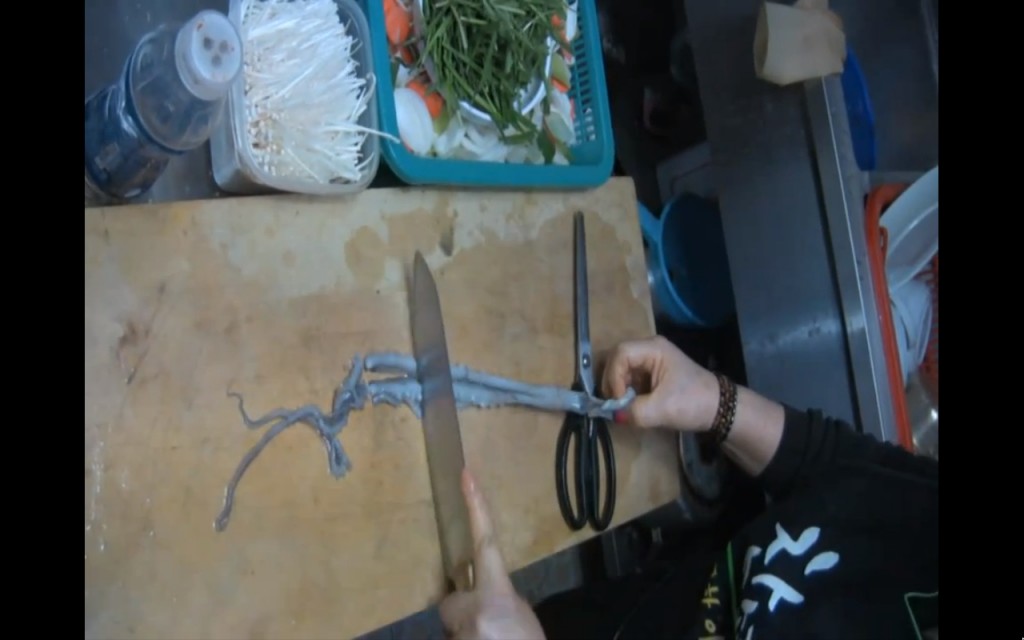 Recently I was cast in a short series about foreign teacher’s who come to Korea and become super heros. It will be a hilarious comedy this Spring, but in the mean time it offers other entertainment. As part of the filming process we were asked to eat “SanNakchi” or living octopus. It is a favored delicacy in Korea that, aside from being truly delicious, offers the thrill of being rather dangerous. As the tentacles remain active after being prepared the y can grasp the inside of your throat and might kill you.
Yee haw.
If you are looking for a challenge just look for any restaurant in Korea with a giant neon octopus. It’s a thrill ride of the culinary sense.